How many crew members are required to man tug boats escorting oil tankers through the treacherous waters of Second Narrows? Seems like a simple question, but getting a straight answer from Transport Canada has proved surprisingly challenging. 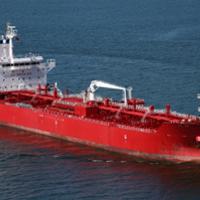 Still, The Tyee has persisted for weeks in trying to nail it down, because safely shepherding oil-laden tankers through the most dangerous passage in the port of Vancouver -- indeed, what some mariners consider one of the most risky spots along the southern B.C. coast -- is so clearly an important public issue.

The quest started with a story that ran earlier this July in The Tyee in which Brad MacTavish of the Canadian Marine Services Guild (CMSG), the organization that represents vessel crews and marine pilots, told The Tyee (and Vancouver City Council) that these transits were regularly occurring with only two crew members on board rather than the normal four, based on an exemption that identified the Second Narrows as "sheltered waters."

Transport Canada spokesperson Gillian Glover responded to the Tyee article, saying it was "inaccurate on many accounts... To be clear, [those tugs with two crew] are only allowed to operate with a two-person crew while docking and undocking... Under federal regulations, none of these tugs can conduct a vessel escort through the Second Narrows with a two person crew."

Glover went on to say, "If there are situations where tugs are escorting vessels with a two-person crew, they would not be complying with Transport Canada regulations and we would certainly investigate the matter. If you have information regarding vessels that operating a two-person crew in an operation other than docking and undocking, we would like to know full details in order for us to investigate."

The CMSG then provided The Tyee documents issued by Transport Canada that seemed to authorize two-person crews for several tugs operating within "sheltered waters," including assisting oil tankers through Second Narrows.

When The Tyee provided these documents to Transport Canada, the reply from the federal body was difficult to decipher.

According to Glover, "it is incorrect to state that 'these vessels are authorized to conduct tanker assists through Second Narrows with "reduced" crews.' The crew numbers have not been reduced. The regulations require that these vessels are only allowed to operate with a two person crew while docking and undocking within sheltered waters, which is within five NM from an accessible dock offering refuge."

Glover responded: "A vessel escort means a tug accompanies a tanker on a voyage outside of the harbour whereas docking and undocking means a vessel travels in sheltered waters, like Port Metro Vancouver, to go to or from the berth."

Does this mean that Transport Canada defines "docking and undocking" as including assisting a fully laden oil tanker through the Second Narrows channel with less than two metres of water under keel during a 20-minute high tide window?

Repeated written attempts to get a clear answer to this simple question from Transport Canada were met with a wall of bland bureau-speak:

"The crewing regulations are part of a multi-layered system to help ensure safe operations in the harbour.

"Specifically the Canada Shipping Act, 2001, states that 'No master of a Canadian vessel shall operate it unless it is staffed with a crew that is sufficient and competent for the safe operation of the vessel on its intended voyage, and is kept so staffed during the voyage.'

"Furthermore, safety is a shared responsibility. Our role is to set the minimum safety standard and the crewing regulations meet that goal. We also work with our partners, such as the Pacific Pilotage Authority, Port Metro Vancouver, Canadian Coast Guard, Environment Canada and the vessel operators, who all play all a role in ensuring safe operations of tankers in Vancouver harbour."

The Tyee's reading of this response is that it is a fuzzy "yes" to the deceptively simple question: are tugs assisting tankers through the Second Narrows authorized by Transport Canada to have only two members?

Which we would take to mean that Transport Canada spokesperson Gillian Glover earlier statement to The Tyee...

"Under federal regulations, none of these tugs can conduct a vessel escort through the Second Narrows with a two person crew."

...is at best rather misleading.

"Are you confused yet?" asked MacTavish, when queried for comment. "Do they support or not support the use of two man crews?"

This practice is clearly something that crew members feel is unsafe. According to MacTavish, "Transport Canada is responsible for setting the safe manning levels for operation of these vessels to ensure the safety of the crews and the public. They are being negligent on many levels allowing the use of two man crews for anything other than docking and undocking. They have a requirement that the minimum crew must be able to man the vessel while fighting a fire or recovering a man overboard. This can not be done with two men on board."

And what about the assertion from Transport Canada that it is up the vessel master to ensure safe crewing requirements?

MacTavish is dismissive. "A master can enforce crew size up to the safe manning document but if he was to insist on more than the document he would be fired and we would have no defense."

MacTavish and the CMSG have a meeting scheduled with Transport Canada on Oct. 22 that they hope will finally resolve this issue. "This coast is the only place the regulations have been twisted like this and we do intend to stop it."