Mark Tilley was in pain. He locked eyes with a co-worker across the drilling floor. It was so noisy you'd have to scream to be heard. "Are you okay?" the driller's face seemed to ask. 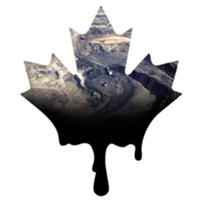 A 650 kilogram pipe had just crushed Tilley's hand. This was in early 2008. The crew was about an hour outside Peace River, Alberta, exploring for oil in the northern wilderness. Winter was the only time to do it -- when frozen roads could support heavy equipment. Tilley remembered three straight weeks of minus 30 degree cold. There'd been a new guy the day he hurt his hand. Their job was to help feed nine-metre pipes into the ground. The work, as Tilley recalled, was "fast, fast, fast -- really fast." He'd been watching the new guy too closely. They'd swung a pipe into place, and he realized too late his hand was in the way. Now the driller watched as Tilley peeled off his work glove.

"Naw, I'm not alright," Tilley thought. His pinkie finger was hanging all wrong. Two other fingers were broken. An attendant drove him to the hospital in Peace River. Doctors removed the top centimetre or so from his pinkie. A split second difference under that pipe, and his whole arm might have been ripped off.

Tilley went back to work that same day. The crew put him on light duties. He remembered shovelling snow.

Oil sands workers like Tilley are at the centre of a groundbreaking University of Alberta study. Over the past decade, oil reserves rivalling Saudi Arabia's have transformed Alberta -- and Canada -- into a petro superpower. Yet little academic research has focused on the lives of the labourers who've made that possible.

What's it like to live in an isolated work camp?

Why are so many workers taking hard drugs or drinking?

And what's going through the head of someone blasting 160 kilometres an hour down a crowded highway?

Angela Angell, a graduate student in rural sociology, spent the past several years interviewing oil-patch labourers, addictions counselors and labour experts. Her master's degree thesis paper will likely be ready this fall. The research reveals some troubling trends. In the Fort McMurray region -- where the majority of oil sands projects are located -- about 25,000 mobile workers live in remote clusters of modular trailers, some the size of small cities.

Angell has roughly divided this so-called "shadow population" into two groups. There are those that are thriving. They love the big paycheques -- which range from $100-200,000 a year -- and the way long stints from friends and family make the times together more vivid. But many others struggle. They're haunted by alienation, addiction and feelings of impotent frustration.

"We just assume workers are doing well because they're making lots of money," Angell told The Tyee. "And we assume that because someone has a cocaine addiction that it's because of a personal defect. We don't often look at the larger sphere in which these people work."

Marlboro man of the muskeg

Key to understanding that sphere is the idea of "rural masculinity," Angell argues. Many academics believe gender identities -- what make us masculine or feminine -- aren't a biological given. These identities are learned and performed. They're based on a set of social expectations, which vary from group to group. Deep within the rugged Albertan wilderness, being "manly" means working hard, acting strong and rarely worrying about personal health or safety.

"You're basically invincible," Angell said during a recent presentation. "I would argue that in Fort McMurray, we'd have the Marlboro man but wearing a hardhat and in the muskeg."

That expectation of manliness is certainly not unique to northern Alberta. Travel to any remote resource community to find variants. Little is known, though, about its effect on oil sands workers' well-being. Among these workers -- of whom 92 per cent are male -- a convincing performance of hyper-masculine traits can confer power and prestige. But sometimes, as Angell found, this "Marlboro man" is actually concealing a jagged vulnerability.

Take a worker from Newfoundland, for instance. His friends and family are literally thousands of kilometres away. He's working up to three weeks straight -- often for 12 hours a day -- before his one week off. During winter months, the weather gets as cold as Siberia. And home is little more than an eight foot by eight foot room in a modular trailer.

"It's hard on the worker to live in camp," a labour representative told The Tyee. "The lifestyle is very difficult. It takes a special person to do it."

'Coke and meth and ecstasy'

Rural masculine ideals, as Angell sees them, often discourage labourers from seeking support. Many mobile workers she interviewed described camp life like prison. They'd swipe a card to enter, and swipe out to leave. Legions of low-paid security guards enforced every tiny rule. Grown men -- the majority of mobile workers are 35 years or older -- felt patronized, or like mere cogs in an oil-producing machine. They missed their families. Yet even though counselling services are often available, few workers take advantage.

For some, the oblivion of hard drugs or alcohol offers easy escape. A 2009 report from the Shepell-fgi Research Group tracked several social indicators in Canada's oil and gas sector over the past few years. It found that between 2006 and 2008, the amount of workers accessing assistance for alcohol abuse rose 481 per cent. Major expansions in the Alberta oil sands played a significant role. And those are only the reported cases.

One counselor told Angell that 60 per cent of workers with addiction issues don't seek help. Mark Tilley, the worker in Peace River, told The Tyee that hard partying is just part of the mobile worker lifestyle. He remembered finishing the last shift of a five week rotation, and cheering as loud as he could -- nearly screaming "whoo-hoo!" He used words like "mayhem" and "trouble" to describe his nights off.

Tilley's work camp was small, and drugs uncommon. But he's heard all sorts of stories from friends and coworkers.

"Everybody at this one rig, they wouldn't go to bed at night -- they'd do coke and meth and ecstasy and then they'd show up to work," he said. "Everybody's all lit up on something."

Often, as Angell drove Highway 63 from Edmonton to Fort McMurray, pickup trucks would roar past. She figured some must have been doing 160 kilometres an hour. It seemed reckless, especially on a highway well-known for accidents. Angell learned later it's not uncommon for workers to cope with anger or frustration by going for long, fast drives. She heard about guys getting on their motor-bikes, blasting one direction for hours, then turning around.

Support counsellors called these episodes "time-outs." Bad as camp life may seem, though, not everyone needs gas-pedal adrenaline, Angell stressed. Many mobile workers maintain strong connections to friends and family. Indeed, they make new friendships and meet future spouses. They might play hockey on their downtime or barbeque steaks with their buddies. And certain work camps are clearly better than others. But it's a tough life any way you look at it. Some labourers -- perhaps acting out rural masculine ideals of self-sufficiency and strength -- bottle up stress, loneliness and exhaustion. Eventually the caps pop. They hit the highway.

"What is going through their heads?" Angell said. "Are they really trying to push you off the road because they think they're better than you? Or do they have no sense of self worth and they're angry and they feel disempowered?"