Few people go to work and get spit on, bitten or verbally threatened by the people they work for. You'd have to be a cop. A correctional officer. A fetishist. 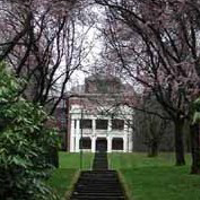 In Denial about Mental Illness

But at Eric Martin Pavilion, a mental health facility on Vancouver Island, that kind of treatment is just another part of the job for the nurses and workers on the front line.

In August of last year, a patient beat a psychiatric nurse so severely she could not return to work. This March, the same patient attacked and repeatedly punched another nurse as they attempted to slide medication into the patient's room.

At Eric Martin, health care workers face the constant threat of patient violence. According to one nurse, it's gotten much worse over the past decade. She says it's a combination of provincial changes to the treatment of mental health and addictions patients, erratic security and deteriorating facilities that make working as a psychiatric nurse so dangerous.

The crisis at Eric Martin reflects a wider threat of violence against health care workers across the province, and according to some, an outdated industry tradition of tolerating violence and blaming employees for their injuries.

Unions are looking at regional health authorities to fix the problem, and the authorities say they are on the right track. Still, the assaults on health care workers continue.

Eric Martin Pavilion is located in a six-floor building across the street from the Royal Jubilee Hospital in Victoria. In many ways, its cement-walled ambience fits the image of a Hollywood psychiatric ward.

Psychiatric nurse Shannon Breeze began work there 28 years ago. The physical structure of the place hasn't much changed, she says, but it's the increasing threat of patient violence that she worries about now.

"It's terrifying," said Breeze. "You can't have that level of aggression and not have turnover."

Breeze estimates that the locked ward has lost about 40 staff in the last six years. She has stories of nurses being choked and pummeled by patients, their heads bashed into concrete floors. She said she frequently sees biting, kicking, punching, spitting and verbal threats.

"Most of our people will say they see violence on a weekly basis," said Breeze.

The violence is reflected in injury compensation claims of health care workers in B.C. According to WorkSafeBC statistics obtained by The Tyee, more than 350 claims were made by workers in long term or acute care after experiencing an act of violence in 2009.

Always, there's the memory of David Bland, a rehabilitation counselor at Richmond Mental Health who was murdered by a former patient in 2005. His death is a constant reminder of the risks faced everyday by mental health workers.

According to Breeze, a number of factors increase the workplace danger factor.

For one, the province began integrating the treatment of mental health and addictions patients in 2002. Consequently, three different types of patients are sent to Eric Martin -- mentally ill, addictions, or some combination of both -- a meld she says nurses are unprepared to deal with.

"Suddenly, there's a mix of mental health clients, some with addiction, some not, but the mix is more volatile," said Breeze. "There was no extra funding, no adequate training, no safety mechanisms for the mix."

Former mental health care worker Lori Strom, now a staff representative for the B.C. Government Employees' Union, agrees that violence prevention training is inadequate. She started working for the union after one of her co-workers was beaten by a client until he was brain damaged.

"There is such a fear that if you're going to train the staff to defend themselves when they're being attacked, that they're going to go too far, but that's never been the case," Strom said.

"It's a very touchy, very difficult subject," she added. "Part of the problem is that health care sector employers are afraid to take a look at that, and the result is that workers are not safe."

Breeze says that if patients get aggressive, the security measures that support nurses aren't always consistent.

"Some hospitals just have private security guards, guys making $10 an hour," she said. "They're not going to be the ones that are going to step between you and a thrown object."

The quality of facilities also affects violence, says Marty Lovick of the Health Sciences Association of B.C., a union that represents more than 16,000 health care workers in the province.

The risk is higher in aging buildings with nooks and crannies, and no mirrors to see what lies around the corner. Some facilities are laid out so that workers end up alone with aggressive residents, and some of the rooms lack emergency call buttons.

But it isn't just patient demographics, security, or crummy buildings that increase the threat of violence. Breeze calls it the "culture of blaming the worker" found throughout B.C.'s mental health and addiction services. Lovick calls it the "just pull up your socks and work" attitude.

Somehow, getting spit on or smacked in the face has become a regular part of the job. While there are inherent risks in mental health care, Breeze and Lovick say patient violence is something that should be taken more seriously by regional health authorities.

"People are putting up with [violence]," said Lovick, "and then when the worst case happens, it's because the tone has been to accept abuse and aggression and swearing and spitting, as opposed to having a policy that would have it dealt with at an earlier stage."

In 2009, the Occupational Health and Safety Agency for Healthcare in B.C.(OHSAH) surveyed over 2,500 health care workers in the province.

More than 80 per cent said they had experienced violence at work, but only 36 per cent said there were adequate violence prevention mechanisms at work. And less than half felt prepared to deal with violence. The survey also found that violent acts were often unreported.

"There's an unwritten rule not to report scratches, bites, threats," said Pam Piddocke, occupational health and safety officer of the BC Nurses Union. "The only time you report is if you end up leaving work because you've been beaten up so badly that you can't go back."

However, OHSAH won't be following up on the survey this year. The province cut the program's funding, and the agency is in the process of shutting down.

"It's unfortunate when you're seeing statistics like this, that they're cutting the only organization that was actually being proactive and working towards solving some of the problems in health care for worker safety," Piddocke said.

"They're making it more unsafe, at a time when it's becoming worse."

B.C. Ministry of Health spokesperson Ryan Jab stated that rather than having one central organization to deal with violence in health care, the province is transitioning to a violence prevention system "that is more reflective of the current requirements and accountabilities of the health authorities."

If changes are in the works, that is news to Marty Lovick at HSA.

"If the ministry is taking a leading role in directing change, any specific initiatives have not been shared by them with the unions, to the best of our knowledge," Lovick said. "We would welcome a consistent approach being fostered by the ministry."

While Lovick and Breeze say that health authorities could be doing much more to reduce violence and blame in the workplace, the Vancouver Island Health Authority (VIHA) disagrees.

Darren Buckler, VIHA's manager of prevention and health promotion, says that risk prevention and safety has become a "huge focus" of the health authority.

A WorkSafeBC officer is helping VIHA create violence in the workplace programming, he says. Creating a safety culture for health care workers is one of the authority's four "system-wide initiatives," and VIHA is training coaches -- some of them injured workers on compensation -- to teach employees about various safety issues.

Buckler adds that VIHA has "stepped up" its workplace inspections, and is "moving away from the notion of blaming workers."

"No, we haven't done everything," said Buckler. "This is an evolving culture, safety culture is evolving."

"I think we're on the right track," Buckler said, "and we keep trying to come up with strategies to do more."

Breeze plans to continue working as a psychiatric nurse for another 13 years, so long as the conditions at Eric Martin change for good. She said VIHA's initiatives are a great start, but front line workers have yet to see the impact.

"The biggest thing is actually making it work on the ground," said Breeze. "These are people who are facing violence literally on a daily basis."

"You just can't be scared going to work."