On this, leaders of global labour and finance apparently can agree: Financial wheelers and dealers must be taxed to pay for the financial calamity they have caused. 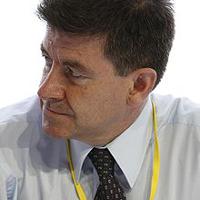 That rough consensus has emerged this week in downtown Vancouver at the second world congress of the International Trade Union Confederation, where union members from around the world listened to their own leaders as well as top executives of the International Monetary Fund and the World Trade Organization discuss how to clean up the global economic mess and prevent another one.

Delegates expressed some pleasure in having heard heavy hitters from world finance endorse at least some of the analysis and proposals for reform being promoted by their movement.

At the same time, no one was prepared to announce a major breakthrough, as speakers from the IMF and WTO had been careful to distance themselves from the strongest elements in labour's recipe for world economic renewal.

Dominique Strauss-Kahn, managing director of the International Monetary Fund and Pascal Lamy, director general of the World Trade Organization spoke on Tuesday afternoon to delegates at the international labour gathering being held under the slogan "Now the People."

Strauss-Kahn addressed the global trade union movement's support for a financial transactions tax as part of its proposals for global economic renewal.

He said, however, that the IMF had expressed its preference for a different kind of financial activities tax based on profit and compensation. Despite this disagreement, which he characterized as a "technical discussion that needed to take place," Strauss-Kahn said he agreed with the ITUC that a substantial contribution from the financial sector is justified to pay for the cost of the crisis and to dampen overly risky behaviour in the financial sector.

Close, in the eyes of some of the delegates who spoke to The Tyee, but no cigar.

Pascal Lamy of the WTO told delegates he agreed with trade unions' advocacy of stronger regulation on the financial sector, which had caused the global crisis, and observed that the global trade union movement had played a valuable role in pushing for greater coherence among international institutions. He invited trade unions to play an even stronger role in favour of regulation and coherence in the future, both on the national and international level.

Good to hear, The Tyee's union sources said, but still short of what ITUC leaders will be urging on world economic leaders gathered next week at the G8/G20 meetings in Ontario.

The recipe for what international labour leaders want to see come out of the Toronto summits includes decent work for all, labour market justice and equity, strong new regulations on financial instruments and speculation, including an international tax on financial transactions that would help fund recovery and future bailouts, a sustainable low-carbon future, a new model for economic development that puts social justice on the priority list and better governance of the globalization process.

All in all, considerably more ambitious than what the guys from the IMF and the WTO were willing to endorse.

Still, it is remarkable in itself that the leaders of such major bodies of the world capitalist system were willing to attend an ITUC meeting and support even part of the labour agenda.

It may be true, as that seasoned old labour reporter Oscar Wilde once remarked, that hypocrisy is the tribute that vice pays to virtue, and that once the other side has to pretend to agree with some of your values you are part way to victory.

So maybe the cautiously optimistic response of delegates to what they heard on Tuesday from the IMF and WTO struck exactly the right note, so long as the stress falls on the word "cautious."

Find more of Sandborn's reporting from the ITUC on The Hook here.