A former security guard says he believes working conditions at the Health Ministry building in downtown Victoria caused him to lose a kidney. 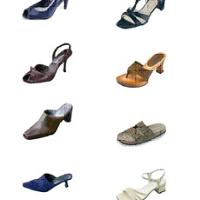 Send in the Shoe Police!

"They wouldn't allow me to leave," said Ron Jeffries, 59, who was assigned to guard the health building when he worked for a private security company that had the contract to guard the ministry in 2005. "I was working security, front desk at the Ministry of Health and they wouldn't let me leave to go to the bathroom."

As Jeffries looked back at what happened to him, he discovered British Columbia law fails to explicitly say employers have to allow bathroom breaks, an oversight he brought to the attention of Premier Gordon Campbell and Labour Minister Murray Coell in a letter earlier this year.

And while a labour lawyer says it's illegal to deny a worker a chance to use the bathroom, changes the government made in 2001 left workers to advocate for themselves, something many are uncomfortable doing.

Knowing he wouldn't have access to a bathroom at work, Jeffries said he decreased the amount of fluids he drank. "I'm not going to sit there and drink all day if I can't go to the bathroom and relieve myself," he said. The dehydration led to a kidney stone, then surgery to remove the stone and ultimately the loss of the kidney.

"This shouldn't happen to people," said the former forester and navy member, adding he was so sick he was in intensive care for six days, in bed for three weeks and unable to work for nine months. The job paid $9.25 an hour.

The doctor who removed the kidney, Victoria urologist Iain McAuley, wrote in a 2006 letter to Jeffries that he couldn't say for certain that the work situation had started the problems, but that it was a possibility.

"In your circumstance I could theorize a possible scenario, which could apply," he wrote. "You decreased your fluid intake because of poor washroom access. This caused dehydration, which was a new situation for you."

Dehydration frequently leads to kidney stones and Jeffries had a "malformed" right kidney that may have been prone to forming stones even though he'd never had one before, the doctor wrote. "The combination of poor drainage of the kidney and dehydration caused you to have the stone. The stone in your malformed kidney then resulted in damage to the ureter during the operation and this resulted in you losing your kidney."

He concluded, "I cannot tell you categorically that your stone was caused by lack of bathroom access, but it is a possibility."

While working at the Health Ministry building, Jeffries was directly employed by a security company with a head office several kilometres away. Jeffries said he didn't feel he could insist on having someone come over to cover for him just for a few minutes.

Instead, Jeffries said he believes it should have been up to the building manager to allow for a break. "I told him and he said, 'I don't have to give you breaks.'"

Should be 'common sense': Coell

As Jeffries looked deeper into what happened to him, he discovered that B.C.'s Employment Standards Act, one of the main laws governing workplaces in the province, covers meal breaks but is silent on bathroom breaks. The building manager appeared to be right, he said. "The law's an ass in this situation."

A spokesperson for the Labour Ministry confirmed the Employment Standards Act doesn't cover bathroom breaks, but said it is the kind of thing one would assume would be unnecessary to legislate and can normally be worked out between an employer and an employee.

When The Tyee first asked Labour Minister Murray Coell about the situation in February, he said, "It's not something I'm aware of." It would be "common sense" that workers would be allowed bathroom breaks, he said.

"I've not run across this specific issue before," said Vancouver labour lawyer Charles Gordon with the firm Fiorillo Glavin Gordon. "Usually these sorts of thing get straightened out pretty quickly."

While employment standards don't include washroom breaks, they would be covered as a matter of occupational safety under the Workers' Compensation Act, he said. That act says that washroom facilities have to be available to employees, he said, though it doesn't spell out that they have to be given a break to use them. "The implication would seem to be they get to use them when they need to use them."

Told of Jeffries' situation, he said, "Clearly in that situation they're obligated to provide him with washroom facilities."

That they are obligated does not automatically mean it would happen though, he said. The security industry can be difficult for workers, with many people working by themselves, often at night, he said. Security guards are often immigrants or others who may feel reluctant to stand up for themselves, he said.

"Many workers feel if they try to advocate for themselves, they'll get fired," he said. "Sometimes that's true."

After 2001, they stopped proactively working with employers and moved to a self-help model of enforcing employment standards, he said. "That put a lot of workers in a difficult position."

No plans for changes

In January, 2010, Jeffries wrote to Premier Campbell describing what had happened and asking him to change the employment laws.

Campbell responded to Jeffries offering his condolences and said he was passing the issue on to Labour Minister Coell.

On February 19, Coell wrote back. The act allows for meal breaks, he noted. "Other matters related to breaks, such as leaving the work station during the break, are left to arrangements between the employer and the employee," he said.

"It is my view that employers and workers need to come up with arrangements that work for them using common sense reflecting mutual respect," he said. "There are no plans at this time to change these provisions, but policies are monitored regularly and your concern will be noted should amendments to the Act be considered in the future."

He suggested some aspect of the human rights code might apply, and provided contact information for the B.C. Human Rights Tribunal.

Jeffries said he was pleased to hear back from Campbell and Coell, but was disappointed they declined to make any changes to protect other workers who may be in a similar situation. "They're not going to do anything about it," he said. "As I said to my wife, [Coell] basically said, 'Sorry to hear about your troubles, but fuck off.'"