The first thing we need to understand about the provincial pandemic plan is that it's over four years old. 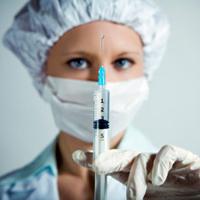 That speaks well for our health system's foresight, but you'd think they would have updated it a bit since H1N1 broke out last spring.

Even so, it's a pretty grim document. This is how it foresees the impact of a pandemic on four million British Columbians:

The document posted on the web hasn't been changed in four years. You can read it here.

And these forecasts assume that H1N1 will be like the pandemics of 1957 and 1968, which were far milder than the 50-million toll of the Spanish flu. (A recent article draws some close parallels with 1957.) However, 3 million infections would imply a 75 per cent attack rate, which sounds like a catastrophe -- and 6,800 deaths implies that over a third of all those hospitalized would die.

The plan itself is relatively brief, only about 30 pages, with over 150 pages of detailed "annexes." Its assumptions have so far been largely vindicated, like the appearance of a second wave of cases within three to nine months of the first one. But it remains to be seen if the second wave will be more serious than the first.

The plan defines the Ministry of Health and the provincial health officer as the "lead authority" at all stages of a pandemic, but it recognizes the roles of other organizations like the B.C. Centre for Disease Control and the Health Authorities.

Significantly, it says: "every B.C. government ministry, crown corporation and local government is also responsible for developing its own plan to ensure that key public services continue to be available during a pandemic."

But I am aware of very few such plans. School districts seem simply to be following the guidance of their local Health Authority, and a search of the city and district of North Vancouver websites found no mention of a pandemic at all. Vancouver itself mentions an Emergency Plan for Public Health but offers only a bullet-point list of its elements, not the plan itself.

The provincial plan says municipal governments, school boards and health authorities may be eligible for emergency financial aid if a pandemic forces them to extra expense. Whether this part of the plan is still operative remains to be seen. Given recent provincial cuts to just such agencies, it seems unlikely.

The provincial plan offers detailed estimates of the numbers likely to fall ill, to seek medical attention, and to require hospitalization. But it is surprisingly silent on whether our hospitals could actually handle such numbers. Instead it offers a link to a spreadsheet program, FluSurge, an American program last updated in 2007. This presumably gives health authorities and individual hospitals a sense of what they could face.

But the health authorities' own plans are surprisingly out of date. Vancouver Coastal Health, for example, has a plan dated Sept. 2007 focused on bird flu. It says nothing about anticipated hospitalizations or need for extra healthcare workers. Even the "acute plan," written in 2006, is largely in the future tense, detailing what will need to be done, but saying nothing about whether the resources will be available.

Equally disturbingly, plans say little or nothing about logistics. Hospitals in the U.S. are already ordering more tents, turning their parking lots into flu wards. Do our hospitals have similar plans, and will enough tents be available if needed? We simply don't know. Nor do the plans tell us about availability of ventilators, ambulances and paramedics, and cleaning staff.

The pre-pandemic plan calls for "capacity, cooperation, and communication networks" to be in place before the pandemic hits. So far, these essentials seem to be working reasonably well. The same is true of vaccination planning, but we don't yet know what the Health Authority organizations are doing to "develop strategies for situations where people refuse vaccine or cannot be vaccinated because of medical contraindications." Many of these people are employees of the Health Authorities who will refuse the vaccine when it arrives.

In the pandemic itself, the plan allocates various responsibilities to the province and the Health Authorities under six categories: emergency response, vaccine, antivirals, clinical health services, surveillance and communication. The tasks are straightforward, but those of us outside the government and healthcare professions may have no idea how well they're being done. Both the province and the Health Authorities seem to be carrying out their communication tasks, at least on the web, through sites like the B.C. CDC and the B.C. Ministry of Health.

While the plan also calls for internal communication within the healthcare system, this may have worked too well. Recently, a report co-authored by the B.C. CDC's Dr. Danuta Skowronski caused nationwide confusion about vaccination schedules for both seasonal and pandemic flu strains.

Evidently still under peer review for an unnamed scientific journal, the report is said to have found that persons who get the seasonal flu shot are more likely to then come down with pandemic flu. As a result of this, only B.C. seniors will receive seasonal flu shots this fall. The assumption is that they already have some immunity to H1N1 thanks to having lived through the 1957 and 1968 pandemics. Everyone else will get the pandemic vaccine first, and the seasonal vaccine next year.

We will have to wait to see if this decision was a wise one or not.

After the pandemic, the plan calls for documenting "lessons learned" in each of the six categories. Only then will we be able to judge the pandemic's severity, although it seems likely that we will never know exactly how many British Columbians fell ill and how many died due to H1N1.

One lesson that seems obvious is include present and anticipated inventories and personnel in future pandemic plans. Otherwise, the plan amounts to putting ham and eggs on the menu without ensuring that ham, eggs, and a cook will be available.

The current plan expects a resumption of "regular surveillance activities," but does not mention long-term follow-up on the impact of the pandemic. For example, in the 1918-19 pandemic, many babies born to infected mothers in that period appear to have suffered lifelong health and intellectual impairment. Adult survivors of the Spanish flu may have suffered higher rates of Parkinson's disease later in life, as well as the mysterious sleeping sickness encephalitis lethargica.

If H1N1 survivors suffer such ailments, careful surveillance over decades may be needed to identify them and develop effective responses.

Ironically, one of the "lessons learned" from earlier pandemics -- and even from recent outbreaks of bird flu in humans -- is that most people prefer to forget about the experience as soon as possible. So it will take far-sighted politicians to ensure that long-term study of this pandemic will continue long after the politicians themselves have left office.