Premier Gordon Campbell and New Democratic Party opposition leader Carole James traded barbs Tuesday over whether or not the Liberals won the election by lying about the depth of problems with the provincial economy, the government's books and their plans. 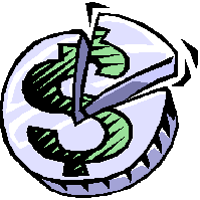 This Budget Is Toxic Fudge

"This is a government that lied to British Columbians about the real state of the economy," said James, speaking to reporters following the speech from the throne that articulated the government's direction for the legislative session that began August 25. "You don't build confidence in the public by lying to them."

"The premier goes so far as to say the economy deceived him, rather than him deceiving British Columbians," she said.

Campbell bristled when asked whether James is right that he and other Liberals lied. "I think it's easy for the NDP to say that," he said. "I think it's really a shame frankly that someone who said she was going to stop with the personal attacks just after the election has learned so little."

James noted that much of the throne speech was a defense of the Harmonized Sales Tax, which will combine the Provincial Sales Tax with the federal Goods and Services Tax starting in July 2010.

"The government committed to work to make B.C. more competitive, reduce barriers to the economy and protect core public services," the speech said. "A harmonized sales tax fits all three of those broad economic objectives."

The government is moving to introduce the HST at a time when public finances are in serious trouble, it said. "The fiscal cupboard is bare and currently hangs on a wall of deficit spending."

"If it was the best thing for the economy, why didn't he introduce it in February?" James asked. If it is such an important part of the Liberals' economic plan, she said, why did they fail to mention it during the election?

"What that tax is going to do is slow down the economy," she said. "It's going to make tough times tougher."

Campbell insisted the HST was "not on the radar" back in February or even during the May election.

After the election, he said, it became clear the province's fiscal trouble was more serious than previously thought and the government was looking for ways to manage costs and encourage the economy. "That's why the HST is so important," he said. "It's the single most important thing we can do to drive the economy forward, to encourage investment and to encourage job creation."

The $1.6 billion the federal government offered in transition funding was also attractive.

The throne speech acknowledged that the fiscal 2009-2010 deficit will be "far higher than originally forecast."

In February the budget said there would be a $495-million deficit this year, followed by a smaller one next year, and a return to balanced budgets in two years. Both Premier Gordon Campbell and Finance Minister Colin Hansen stuck to those figures during the election campaign.

"While we will protect critical health and education services, we will not throw up our hands, throw in the towel and borrow our way into oblivion," the throne speech said. "We must minimize spending on non-essential services and target discretionary spending where it is needed most."

James said the speech should have admitted Campbell had misled the public. "The missing piece for me was 'I'm sorry. I'm sorry I lied to the people of British Columbia and now I'm going to do something about it.' I didn't see that in the speech."

If Campbell and the Liberals had acknowledged the problems back in February, they could have gotten started on stimulus spending and preparing the province for hard times. "Instead we saw Gordon Campbell go into an election lying to the public," she said. "It's British Columbians who are going to struggle because of that."

The government based the February budget on projections from 12 leading economists, Campbell said. "We are living in a very unpredictable time," he said. "I know what we did was we laid out a transparent budget. The assumptions were clearly identified. You all could see them. You all got the opportunity to ask questions about them."

Since budget day the government's finances have gotten much worse, Campbell said. Since June 26 the province has lost $1 billion in corporate and individual income tax revenue, he said. The last few months have seen the evaporation of $500 million in natural gas revenues, $500 million from natural resources and $200 million from provincial service taxes.

Costs for fighting forest fires have balooned to $400 million -- far above the $60 million the government budgetted, he said. Fighting the H1N1 (swine flu) virus has also added unforeseen costs, he said.

"Costs have gone up, yes. Revenues have fallen, yes. As we present the budget to you Sept. 1 you will see exactly how we intend to manage it," he said.

Budget seemed OK in May: Campbell

The realization that all was not well came late, Campbell added. "We actually thought we were going to be able to make the budgets we projected through the election and up to the end of May."

The Tyee reported as early February that the budget appeared to be "toxic fudge" and that at least one member of the premier's economic forecast council believed the deficit would be closer to $1.5 billion.

Asked whether the HST and his misread of the economic downturn had damaged his credibility, Campbell said he's in politics to do what's right for B.C. in the longterm, even if it's not immediately popular.

"If I was going to criticize myself directly, I'd say I guess I should preface all my remarks by saying this is a very unpredictable time, because it is," he said. "When you do what's right, I think in the longterm that always pays off."

James said voters want politicians they can trust, who tell them the truth. In her opinion, saying Campbell lied was fair. "I don't know what else you can call it," she said. "They didn't tell the truth, plain and simple."