Postmedia Network’s trade with Torstar of 41 community newspapers — with 36 of them reportedly to be closed, throwing 290 out of work — has prompted much Eastern media outrage.

That’s because it went down in Ontario, which is the centre of the Canadian media universe. The same sorts of community newspaper trades and closures have been going on for years in B.C. almost unnoticed nationally, resulting in dozens of lucrative local monopolies for Black Press and Glacier Media.

Postmedia’s observation that its trade with Torstar is “not subject to the merger notification provisions of the Competition Act and no regulatory clearance is required to close the transaction” points up the weakness in federal oversight of media takeovers, which is practically nil.

But since when is such brazenly anti-competitive behaviour not subject to regulatory review? Maybe not in advance, but surely it can be reviewed and, in fact, the Competition Bureau said Monday it would review the deal. Buying and then closing your competition used to be illegal. Postmedia, which is 98-per-cent owned by U.S. hedge funds, may have finally overplayed its hand in exploiting Canadian regulatory laxity and then bragging about it.

Monopoly is indisputably more profitable than competition, but will such anti-competitive measures — which greatly diminish local news provision, to the great detriment of democracy — finally push Ottawa too far?

The closures and layoffs point up the urgent need for media ownership reform in Canada. Changes to the Competition Act to allow review of mergers and takeovers of media outlets on non-economic grounds like the effect on local news coverage were called for by a 2006 Senate report on news media. That call was renewed in June by a parliamentary committee on media and local communities chaired by Vancouver Centre MP Hedy Fry, which held hearings for 16 months and issued a report urging measures to ease the ongoing crisis in Canadian journalism.

Its recommendations also included boosting digital media, which are struggling to fill the growing gap in news coverage, by making charitable donations to non-profit news media tax deductible, as they are under the U.S. tax code. This has buoyed investigative journalism south of the border by startups such as Pro Publica and the online-only Texas Tribune, along with increased local news coverage by websites like MinnPost and Voice of San Diego.

Instead of these measures, however, news coverage of the Fry committee report focused on a “Netflix tax” it supposedly recommended to help boost Canadian journalism, which Prime Minister Justin Trudeau immediately distanced himself from under questioning by reporters.

The report recommended nothing of the kind, however. It instead suggested extending the five-per-cent levy on cable and satellite TV revenues, which helps to fund Canadian content, to the rich profits the monopoly cable companies rake in on internet service provision. They make about a 45-per-cent return on those revenues, which has helped them to quietly buy up all of the major private TV networks in Canada over the past decade. (Bell owns CTV, Rogers owns the City network, and Shaw owns the Global Television Network.)

Public perceptions were also not aided by the almost immediate bid by the newspaper industry for a bailout of $275 million a year, which Heritage Minister Mélanie Joly slapped down in September.

Lost in these kerfuffles, however, have been the Fry committee’s suggestions for both slowing media ownership consolidation and fostering Canadian digital journalism. Changes to the Competition Act to better deal with media mergers are long overdue, having been called for by two federal inquiries going back more than a decade. 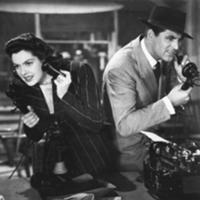 In British Columbia, There’s a Good News Story about the News

And if the Liberal government wants to help grow digital media in Canada, levelling the playing field with U.S. media by helping to fund non-profit startups with charitable donations should be another priority.

If nothing is done soon, the Fry report will almost certainly join its predecessors in history’s dustbin. In addition to the 2006 Senate report on news media, those also include the 1970 Senate report on mass media that proposed review of media mergers and takeovers, the 1981 report of the Royal Commission on Newspapers that called for limits on chain ownership of newspapers, and the 2003 Lincoln parliamentary report on broadcasting policy that questioned “convergence,” the merging of newspaper and broadcasting companies which proceeded to decimate Canadian media.

Had the warnings of any of these inquiries been heeded, we likely wouldn’t be in the media mess we face today. This is likely our last best chance to finally act on media ownership reform.