By 2050, two-thirds of the world’s population — six billion people — will live in cities. That migration is already putting a huge strain on urban systems, but it’s also making cities prime laboratories for figuring out how to solve global sustainability challenges.

This makes global reporting — lifting our eyes beyond Canada’s borders — more important than ever. In order to build and run better cities here, we need to know what’s being tried, what’s failing and what’s working everywhere else.

Here’s the glitch, though. Traditional “foreign” reporting approaches are fast proving obsolete — not only because budgets are shrinking, but because biases built into old ways are being exposed.

Is there a better way to report on the worldwide shift to city dwelling? One that is more informative, democratic and authentic? A project we participated in, which is being unveiled on Tuesday at the University of British Columbia, provides an attempted model.

Over eight months, 20 students in the UBC Graduate School of Journalism’s International Reporting Program reported from cities in China, India and Colombia.

Some of us covered stories in India’s Silicon Valley where urban farmers are struggling to grow crops as the population in Bangalore explodes.

Others dug into how the Colombian city of Cali faces a double flood: one from the thousands of former guerrilla soldiers poised to settle in the city, and another from the bursting Cauca River, which threatens to destroy half of Cali.

And some followed the aftermath of a massive industrial explosion on the outskirts of Tianjin, which displaced thousands and inspired the development of a new eco-city. 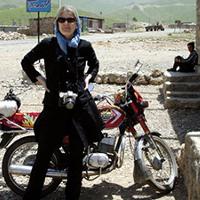 A Life and Death Relationship ‘Built Entirely on Trust’

But the stories weren’t told using the typical model of foreign correspondence where journalists drop in for a few days, collect the footage and leave, often relying on “fixers” to connect them with sources and information. “We try to get away from this form of ‘parachute journalism’ in this class,” said Peter Klein, director of the International Reporting Program. “By having a more inclusive form of reporting, our goal is to avoid reinforcing stereotypes and achieve a more nuanced approach of complex global issues.”

So UBC’s International Reporting Program reached out to programs in other countries to create a networked team to tackle the theme “Surviving the City.” Student journalists from Colombia, China and India collaborated with their UBC counterparts to add depth and cultural understanding to the stories. And all of us studied the issue of “urban resilience” in a course that also was globally collaborative, taught by professors at top universities in the U.S., Ghana, India and Mexico, as well as at UBC.

The resulting stories are grounded in policy knowledge, but told from ground level and diverse in perspective. They focus on how the influx of people to urban centres is putting a strain on ordinary people’s lives.

The outcome is a six-part multimedia series, parts of which will soon be published by the Guardian, BBC News and the Toronto Star.

This project’s approach is in sync with the social media age and its digital tools, from Skype to Facebook to Slack.

In the 1990s, stories from far-flung cities were relayed via television and print to audiences by large media companies that paid for reporters stationed in foreign bureaus. But by 2011, more than 20 media outlets had dropped their foreign bureaus, and the number of news organizations with foreign desks continues to shrink. It’s all part of a general meltdown for traditional newsrooms. Earlier this year, a report led by Public Policy Forum CEO Edward Greenspon suggested Canada’s news industry needs a $400 million cash injection to adequately serve its role in democracy.

In such lean times, Surviving the City offers an experiment that news media small and large might want to emulate. As the Pulitzer Prize-winning Panama Papers project proved by outing tax dodgers in Canada and around the world, there is power in multinational collaboration. Without it, we in this country would have remained in the dark about our role in a global scandal — and how to change our laws to fix it.

This Tuesday, May 23, the International Reporting Program will kick off Surviving the City with a live magazine. The public is invited to join the free event as journalists tell multimedia stories from the field. Find out more and reserve a spot by clicking here.