In his book, Propaganda, published in 1928, Edward Bernays wrote: "The conscious and intelligent manipulation of the organized habits and opinions of the masses is an important element in democratic society. Those who manipulate this unseen mechanism of society constitute an invisible government which is the true ruling power of our country." 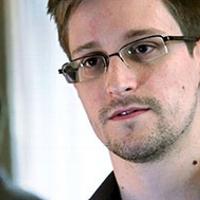 Why Edward Snowden Doesn't Matter in the NSA Debate

The American nephew of Sigmund Freud, Bernays invented the term "public relations" as a euphemism for state propaganda. He warned that an enduring threat to the invisible government was the truth-teller and an enlightened public.

In 1971, whistleblower Daniel Ellsberg leaked U.S. government files known as The Pentagon Papers, revealing that the invasion of Vietnam was based on systematic lying. Four years later, Frank Church conducted sensational hearings in the U.S. Senate: one of the last flickers of American democracy. These laid bare the full extent of the invisible government: the domestic spying and subversion and warmongering by intelligence and "security" agencies and the backing they received from big business and the media, both conservative and liberal.

Speaking about the National Security Agency (NSA), Senator Church said: "I know that the capacity that there is to make tyranny in America, and we must see to it that this agency and all agencies that possess this technology operate within the law … so that we never cross over that abyss. That is the abyss from which there is no return."

On June 11, following the revelations in the Guardian by NSA contractor Edward Snowden, Daniel Ellsberg wrote that the U.S. had now reached "that abyss".

Snowden's revelation that Washington has used Google, Facebook, Apple and other giants of consumer technology to spy on almost everyone, is further evidence of modern form of fascism -- that is the "abyss". Having nurtured old-fashioned fascists around the world -- from Latin America to Africa and Indonesia -- the genie has risen at home. Understanding this is as important as understanding the criminal abuse of technology.

Google and the White House

Fred Branfman, who exposed the "secret" destruction of tiny Laos by the U.S. Air Force in the '60s and '70s, provides an answer to those who still wonder how a liberal African-American president, a professor of constitutional law, can command such lawlessness. "Under Mr. Obama," he wrote for AlterNet, "no president has done more to create the infrastructure for a possible future police state." Why? Because Obama, like George W Bush, understands that his role is not to indulge those who voted for him but to expand "the most powerful institution in the history of the world, one that has killed, wounded or made homeless well over 20 million human beings, mostly civilians, since 1962."

In the new American cyber-power, only the revolving doors have changed. The director of Google Ideas, Jared Cohen, was adviser to Condoleezza Rice, the former secretary of state in the Bush administration who lied and said Saddam Hussein could attack the U.S. with nuclear weapons. Cohen and Google's executive chairman, Eric Schmidt -- they met in the ruins of Iraq -- have co-authored a book, The New Digital Age, endorsed as visionary by the former CIA director Michael Hayden and the war criminals Henry Kissinger and Tony Blair. The authors make no mention of the Prism spying program, revealed by Edward Snowden, that provides the NSA access to all of us who use Google.

Control and dominance are the two words that make sense of this. They are exercised by political, economic and military designs, of which mass surveillance is an essential part, but also by insinuating propaganda in the public consciousness. This was Edward Bernays's point. His two most successful PR campaigns were convincing Americans they should go to war in 1917 and persuading women to smoke in public; cigarettes were "torches of freedom" that would hasten women's liberation.

It is in popular culture that the fraudulent "ideal" of America as morally superior, a "leader of the free world", has been most effective. Yet, even during Hollywood's most jingoistic periods there were exceptional films, like those of the exile Stanley Kubrick, and adventurous European films would have U.S. distributors. These days, there is no Kubrick, no Strangelove, and the United States market is almost closed to foreign films.

When I showed my own film, The War on Democracy, to a major, liberally-minded U.S. distributor, I was handed a laundry list of changes required to "ensure the movie is acceptable". His memorable sop to me was: "OK, maybe we could drop in Sean Penn as narrator. Would that satisfy you?" Lately, Katherine Bigelow's torture-apologizing Zero Dark Thirty and Alex Gibney's We Steal Secrets, a cinematic hatchet job on Julian Assange, were made with generous backing by Universal Studios, whose parent company until recently was General Electric. GE manufactures weapons, components for fighter aircraft and advance surveillance technology. The company also has lucrative interests in "liberated" Iraq.

The power of truth-tellers like Bradley Manning, Julian Assange, and Edward Snowden is that they dispel a whole mythology carefully constructed by the corporate cinema, the corporate academy and the corporate media.

WikiLeaks is especially dangerous because it provides truth-tellers with a means to get the truth out. This was achieved by Collateral Damage, the cockpit video of an U.S. Apache helicopter allegedly leaked by Bradley Manning. The impact of this one video marked Manning and Assange for state vengeance. Here were U.S. airmen murdering journalists and maiming children in a Baghdad street, clearly enjoying it, and describing their atrocity as "nice".

Yet, in one vital sense, they did not get away with it; we are witnesses now, and the rest is up to us.