From the remarkable battle over the Stop Online Piracy Act to the massive public backlash against Internet surveillance in Canada, law and technology issues garnered headlines all year long. A look back at 2012 from A to Z: 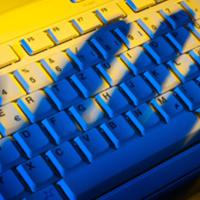 The War on Internet Freedom: An Update

A is for Astral, the Canadian broadcasting giant that was to be sold to Bell Media for more than $3 billion. The CRTC blocked the sale on the grounds that the companies failed to demonstrate the transaction was in the public interest.

B is for Jean-Pierre Blais, the newly appointed chair of the Canadian Radio-Television and Telecommunications Commission. Blais surprised the industry by adopting a strong pro-consumer approach during his first months on the job.

C is for the Copyright Modernization Act, the copyright reform bill that received royal assent in June 2012.

D is for Dean Del Mastro, the Peterborough member of Parliament who raised the spectre of regulating online anonymity.

E is for the European Parliament, which voted overwhelmingly to reject the Anti-Counterfeiting Trade Agreement after hundreds of thousands of Europeans protested against it.

F is for FreeDominion.com, an online chat site that defeated a claim of copyright infringement involving the posting of portions of newspaper articles.

G is for GeoCoder, a small Ottawa company that created a crowd-sourced database of Canadian postal codes. Canada Post objected to the database, filing a copyright infringement lawsuit.

H is for the U.S. Department of Homeland Security, which seized bodog.com, a domain name owned by Canadian online gambling tycoon Calvin Ayre.

I is for Industry Minister Christian Paradis, who failed to unveil a digital economy strategy, despite a commitment to do so by year-end.

J is for Jones v. Tsige, a landmark Ontario Court of Appeal decision that recognized a new tort for invasion of privacy.

L is for levies on microSD cards. After a copyright collective asked the Copyright Board of Canada to impose new fees on the cards, the government issued a regulation effectively blocking the request.

M is for McMaster University, one of several Canadian universities that were hit by security breaches.

N is for Nexopia, a Canadian social media service that was found to have violated privacy laws following a lengthy investigation by the privacy commissioner of Canada.

O is for an open textbook initiative launched by the British Columbia government that will support the creation of dozens of new freely available online textbooks.

P is for the constitutionality of privacy legislation, which was thrown into doubt in United Food and Commercial Workers, Local 401 v. Alberta (Attorney General), an Alberta Court of Appeal decision.

Q is for the Queen v. Cole, in which the Supreme Court confirmed that privacy rights survive in the workplace.

R is for Rogers v. SOCAN, one of five copyright cases released by the Supreme Court in July 2012 that shook up the Canadian copyright landscape.

S is for the Stop Online Piracy Act, the controversial U.S. legislation that sparked global protests including a Wikipedia blackout.

U is for Untied.com, a gripe site about United Airlines run by Jeremy Cooperstock, a McGill professor. United demanded that Cooperstock take the site down due to trademark and copyright claims.

V is for Voltage Pictures, which launched proceedings to obtain personal information on thousands of Canadian Internet users alleged to have downloaded its films.

W is for a wireless code of conduct, which the major wireless carriers asked the CRTC to establish after several provinces moved to create provincial codes.

X is for dot-xbox, one of thousands of proposed new domain name extensions.

Y is for Yelp, the review site that hosted criticisms of an Ottawa restaurant that ultimately led to a criminal libel conviction after the restaurant owner sought revenge for the negative review.

Z is for Judge Russell Zinn, a federal court judge who confirmed that the patent for Viagra was invalid days after the Supreme Court voided the patent for failing to provide sufficient disclosure.