Earlier this month, Industry Minister Christian Paradis held a press conference to launch the Digital Technology Adoption Pilot Program, which will provide $80 million to small- and medium-sized businesses to integrate digital technologies. Paradis described the program as an important component of the government's digital economy strategy. 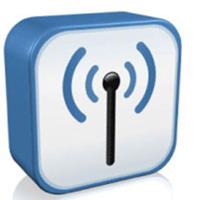 While the program may create some useful incentives for technology adoption, it was Paradis' reference to a digital economy strategy that attracted the attention of policy watchers. The digital economy strategy has emerged as the government's "Penske File," the source of considerable discussion and much "work," but thus far few tangible results (for non-Seinfeld watchers, the Penske file has become synonymous for a non-existent work project).

Most of Canada's trading partners have had digital economy strategies in place for years, using the policies to set goals for connectivity, guide investments in networks and digital infrastructure, as well as establish legal frameworks to provide privacy protection and enhance consumer confidence in electronic commerce.

Canada has lagged behind with no real policy direction. In May 2010, then-industry minister Tony Clement conducted a national consultation on the issue, yet 18 months later, there is still no strategy in sight. There has admittedly been an election and a cabinet shuffle, but as Canada dithers, other countries move ahead with a broad range of initiatives.

A world of innovation

Countries such as Japan, Germany, and Australia have all established ambitious targets for broadband connectivity, employing a mix of public dollars and regulatory incentives with the goal of establishing universal access to affordable, fast connectivity. The Canadian Radio-television and Telecommunications Commission has set a target of universal access to 5 Mbps broadband by 2015, but a report last week indicated that hundreds of thousands of Canadian households currently only have access to much slower speeds.

In the United States, the Federal Communications Commission recently teamed up with cable and technology companies to launch Connect-to-Compete, which promises to bring computers and Internet access to low-income households. The program includes a commitment from the cable companies to offer $10 per month broadband Internet access to homes with children that are eligible for free school lunches. Moreover, Microsoft has committed to offering low-cost personal computers and Morgan Stanley has pledged to develop a microfinance lending program for community-based financial institutions.

Digital strategies are not limited to fostering greater Internet access. In Europe, the European Commission recently adopted a recommendation on digitization that will lead to investing billions in digitization initiatives. The strategy includes a plan to make 30 million works freely available online as well as develop legal frameworks to facilitate greater access to online materials.

Ireland has focused on copyright reform as a means to jumpstart its digital economy. Unlike Canada, which has emphasized restrictive digital locks, Richard Bruton, the Irish Minister for Jobs, Enterprise and Innovation, has promised to remove barriers to digital innovation by considering greater copyright flexibility through the adoption of a fair use provision.

The net effect of these initiatives is that other countries have stopped talking about digital economy strategies and actually introduced and implemented them. In Canada, the opposite is true.

Plans for the forthcoming spectrum auction, which holds the promise of injecting new competition into the wireless and mobile broadband markets, remains shrouded in secrecy. Legislative initiatives such as new privacy rules are stuck in neutral in the House of Commons. Anti-spam laws are in limbo as the government may cave to lobbying pressure to water down tough new penalties.

Few would dispute the need for a national digital economy strategy, yet in the spirit of Seinfeld, the Canadian approach appears to have turned the matter into a strategy about nothing.