Smoke was still wafting over Vancouver's downtown corridor when the soul searching began. In newspaper columns and online comment threads, in blog posts, tweets, and in apologias scrawled on boarded-up windows, Vancouverites tried to make sense of what it had done, what it had allowed to happen and, most importantly, what the riot said about us as a city. 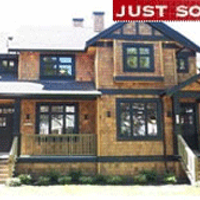 On June 15, the night of the Stanley Cup riot, I had been living in Vancouver a mere two weeks. One could not have asked for a more striking introduction to a city. But the effect of the burning cars, the looters, and all the self-reflection that followed was not to convince me that Vancouver is a violent or dangerous city. I used to live in Montreal, where hockey and burning vehicles go together like french fries and gravy. Instead, what the riot spasm taught me was this: Vancouver is a city fundamentally aware of its own city-ness.

I say this as a person raised in San Francisco, arguably the most obnoxiously solipsistic city on the face of the planet. Vancouver, like my hometown, is a city self-aware. There are less generous ways to describe this quality:

"We're like the Americans of Canada," Ian Reid wrote of the city in the days following the riot. "Too full of our exceptionalism to see what's really going on all around us."

But when residents identify strongly with their own city, they also assume an interest in its narrative -- how the city will endure as an idea, what it symbolizes, and what it means to live here. It becomes a city engaged in a dialogue with and about itself.

This summer, Spacing Magazine has arrived in Vancouver to join that conversation. I figured we two newcomers should get together and talk.

First Toronto, then the world

"It started in 2003 on a park bench behind the art gallery of Ontario," explains Matthew Blackett, Spacing Magazine's founder, publisher, and creative director. He, along with a number of likeminded Toronto artists, activists, and academics, wanted a forum where they could talk about the city, not as a series of fragmented issues, but as a unified concept.

"There was a lack of cohesive discussion about public space and urban landscape issues," says Blackett. "When a local newspaper talks about transit, they talk about transit within a silo."

A conversation is more than dissociated voices shouting in different directions. A subject as broad and intertwined as urban quality of life warrants its own space.

"We were interested in bringing these ideas under one umbrella," says Blackett. "So we created Spacing."

From it's narrow beginnings as a Torontonian city magazine, the Spacing network has since expanded, enveloping blogs in Halifax, Montreal, Ottawa, and absorbing them into a broader confederacy of voices that culminates in a thrice-yearly publication. This summer, with the rebranding of Vancouver's urban design web magazine re:place as SpacingVancouver and the release of Spacing Magazine's first national issue, Matthew Blackett's city magazine has gone national.

'How are you guys dealing with bike lanes?'

Spacing doesn't lend itself to either easy or enticing description. Terms like "civic planning" and "urban design" carry all the marketable sexiness of a report to city council. Now that the magazine is national in scope, it becomes that much more difficult to define. What exactly is "a national city magazine" anyway?

"Spacing was founded and remains local," says Erick Villagomez, founder of re:place and now the city editor of SpacingVancouver. "It's not that we're necessarily going to be covering national issues. It's just that now we're part of a large network."

With a larger network comes a larger conversation. As a national magazine, Spacing finds its purpose in opening up channels of communication between Canada's sometimes insular cities.

For example: "Halifax doesn't necessarily call up Vancouver and ask 'How are you guys dealing with bike lanes?'" says Villagomez. "This will be a forum within which those kinds of relationships can be forged."

Flipping through Spacing's first national issue, I find articles on land reclamation in Montreal, street performance in Victoria, architecture in Saint John, and laneway housing in Vancouver. In this respect, Spacing acts like a clearinghouse of local solutions to local problems.

"Look, it's been done there," says Villagomez. "We can do that here."

Our home and urban land!

But local is only half of the story.

As a national magazine, Spacing now straddles the local and the national.

Acting as an aggregator for a network of narrowly focused blogs, on the one hand, Spacing is also trying to engage Canada as an urban nation. The first step: remind Canada that it is an urban nation.

"Eighty per cent of us in Canada live in urban settings," said senior editor Shawn Micallef at the magazine's local launch party two weeks ago. A co-production with the City of Vancouver Planning Department, Spacing celebrated its first national issue with a cash bar and a paneled discussion of public space and civic planning. Micallef was one of four panelists.

"When I was growing up, the image of Canada was the Rockies, the Shield, a bunch of redwoods, the wheat in the parries -- all fine things." Knowing laughter rippled across the mostly young urbanite audience. "But for most of us, our day to day lives have nothing to do with that stuff."

This goes beyond rhetoric and symbolism, says Micallef. How a nation identifies itself can inform what is and what is not a legitimate topic of national discussion.

"If we start jamming skyscrapers into our idea of Canada, I think the provincial and the federal governments will acknowledge that." This is how something like public transit becomes a federal issue that merits federal planning and funding.

When I spoke with Matthew Blackett over the phone earlier this month, he attributed some of the motivational energy behind Spacing to the anti-globalization movement of the early part of the century. During its creative inception, "think global, act local" rang true for a magazine dedicated to Toronto municipal policy.

"It's easier to change the world if you change it at home," said Blackett. "The decisions that are made at city hall are the ones that affect you everyday."

But the magazine is about more than that now. Broader in scope it has adopted a broader mission. No longer just about changing things at city hall, Spacing wants to bring city hall to Ottawa.