This week marks the start of summer vacation for most kids. For many, that means a serious season of television watching. 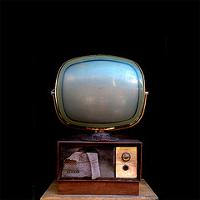 The average home has more television sets than people, more than 85 per cent of B.C. teens have two or more screens in their bedrooms, and over the course of a year kids spend many more hours with media than in school with teachers.

Not only is media pervasive in kids' lives, but it is increasingly organized around the values of consumption, racism, misogyny, and violence. If you haven't played video games since Pac-Man or Donkey Kong, you'll just have to take my word for it that the landscape of kids' games looks quite different today than it did back then.

All this suggests that adults must work harder to strengthen kids' resistance to the worst in corporate media and pop culture.

But what's the best way?

Is it realistic to unplug kids from most media, and only allow them to see what adults deem "good"?

Adults wanting to protect kids from "bad media" are engaging in what scholars of media literacy call a "protectionist approach." While efforts to try to steer kids towards "good" or "educational" media (such as the Sesame Street) are noble, many parents don't have the time nor resources to investigate and protect their children from the volume and intensity of corporate produced pop culture and media.

But there are more realistic, positive steps parents can take.

Research shows that kids engage with media in all sorts of ways that thwart media-creators' goals. For example, we know that kids as young as age three can learn simple media literacy strategies. Such skills serve kids in the immediate as a defence against any and every form of pop-slop that Corporate Inc. is selling, and in the long term develop critical thinking skills about media messages in general.

This means that programs, games, toys, and videos don't need to be "educational" to be educational. You can help kids to develop these critical thinking skills. Here are some strategies:

Turn kids into data detectives. A simple frequency or event count to draw kids' attention to what's there (and what's not there). For example, while watching any show, have kids keep track of variables such as: how many product placements or logos can you spot within the show (exclude commercials)? How many male versus female characters are there? How many people of colour? White people? How is work represented? Which characters have which jobs? Count the number of times characters yell and hit, or collaborate and comfort each other.

Have kids track 'transmedia intertextuality.' This is a fancy academic term that describes all the ways in which marketers "connect" a movie, show, or character (for example Green Lantern) to products outside of the show such as toys, video games, t-shirts, shoelaces, backpacks, sheets, even granola bars and deodorant. It's a powerful tool when young people begin to notice all the ways in which various media vehicles (songs, ring tones, films, toys) are interconnected.

Identify cases of 'age compression.' This marketing term describes the strategy of pushing adult products onto younger consumers. For example, make-up or sexy lingerie marketed to girls at younger and younger ages. It may be useful to ask questions such as, who benefits from the idea that pre-pubescent girls need (or want) padded bras, eyeliner, lip glosses, or perfume? What is squeezed out (play, collaboration, community) when young people are pushed into playing out the scripts of the adult world (work, competition, independence)?

The point here is that kids don't necessarily need to be protected in order to resist corporate popular culture and media messages or incursions into their childhood. And that developing the skills to do so has long-term positive effects on their critical thinking skills.

Children and youth are not naïve, agent-less, or disengaged. The summer media and pop culture landscape is a perfect time for them to practice and show just how capable they can be.