You probably haven't heard about it, but as you read this, the government is in the final days of its effort to gather input from Canadians about the country's digital future. On May 10, at a major conference with tiered levels of access to leaders in industry and government, Industry Minister Tony Clement announced a 60-day consultation on a digital economy strategy. 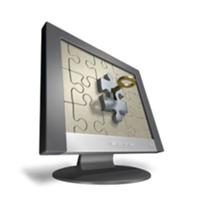 The consultation will run until July 9, and will inform government policy around key issues such as media ownership, Internet openness, broadband access, cell phone rates and competition, support for digital media production and much more. Clement's choice to announce the consultation at an industry conference seems appropriate considering what key documents reveal about its intended audience.

To frame and inform the consultation, the government produced a consultation paper "Improving Canada's Digital Advantage" that outlines key issues. The paper is narrowly framed in the language of efficiency and competition; the emphasis is on "maximizing reliance on market forces" through protection of the "legitimate interests" of Internet service providers and other industry players. According to the government's website, "it is business that must lead the charge and execute the game plan." No document speaks so clearly to the government's approach to digital policy: the marketplace and industry come first.

This also sheds light on why the government only began this consultation after getting its marching orders from a series of closed-door meetings with industry groups. It appears the government believes the interests of big business are synonymous with what's best for Canada. The choice to focus on a "digital economy" strategy rather than a digital society strategy speaks volumes. Does digital policy not have social or cultural implications?

Looking at the questions being asked by the consultation brings its intended audience into sharp focus: "What would a successful digital strategy look like for your firm of sector?"; "What would best position Canada as a destination of choice for venture capital and investments in global R&D and product mandates?" These are not questions targeted to the average Canadian. The government's approach to this consultation fails to tap into a wealth of Canadian passion, aspiration and ingenuity.

More of the same

We've been here before. In 2005 a Telecommunications Policy Review Panel (TPRP) was appointed to make recommendations on some of the same digital policies currently under consideration. The TPRP public consultation process was clearly more inviting to industry groups than citizens: content analysis of the TPRP's submissions reveals that Aboriginal, consumer, women's and community groups represented only 15.5 per cent of total submissions, while industry groups accounted for 60.1 per cent.

The TPRP's recommendations, which fall in line with the government's current framework, are at least party responsible for Canada falling behind other OECD countries in terms of Internet access, speed, cost and openness. When the government declares it is "improving our digital advantage," we should be asking, “What advantage?” We can't let industry-centric policies continue to slow down the pace of both economic and social innovation.

The policy being developed right now will change Canada forever. The government's approach, which allows for minimal public involvement in this short consultation process, demonstrates the urgent need for a citizen-centred initiative to counter the government's industry-framed consultation.