Andrea Bastin and her husband knew they wanted to adopt after having their first child nine years ago. At the time, they were looking to adopt an HIV-positive girl, as they knew a lot about the disease, and they knew they could deal with the challenges that would come with it. 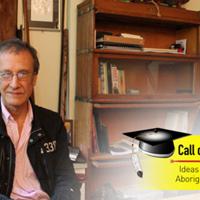 An Aspiration to Overcome Racism

However, after Bastin and a friend started a grassroots program linking children in their own community of Bowen Island to an orphanage in Ghana in 2009, she encountered two twins in need of medical assistance. Her husband asked if they were adoptable; they were and, as she said, "that was that!"

There were immigration and bureaucratic hurdles to overcome, of course, and then the complicated reality of being a mixed-race family set in. When Bastin read my recent Tyee article about the often-overlooked racial tensions in this city, The Race Conversation Vancouver Needs To Have, it struck a chord with the mother, who says some assume her decision to adopt was one forced by infertility or guilt.

We sat down on Aug. 14 to discuss her experiences as a member of a "conspicuous" family, how that has affected her work, and what she thinks can be done about racial prejudice in Vancouver.

I can imagine that your decision to adopt kids from abroad, especially from Ghana, may have been controversial in your community. Was that your experience?

Not at all! My community supported me like nobody's business. There was no controversy. Those boys were greeted at the airport by 40 or 50 Bowen Islanders with balloons and welcome home signs. They fought tirelessly with the Canadian government who had blocked the adoption. We'd had a lot of issues with immigration, and John Weston, (Conservative MP for the West Vancouver/Sea-to-Sky/Sunshine Coast region) championed it. My community rallied; they wanted to see those children. They are Bowen's children. But I live in a bubble.

It's a different story. For the most part, I would say people are interested. They'd say, 'Oh, did you adopt? That's so nice, aren't you a hero,' which makes me want to smack them in the face. I find that to be such an irritating comment. I'm not a hero, I'm just parenting my kids like everybody else -- I just made a different choice about how I was going to have them.

I had one brutal experience with a fellow shopper at Park Royal, where a woman came up to me, blocked our stroller and said, 'What is this? Are these your children?'

I replied, 'Yeah, all three of these kids are my children. Is there a problem here?' She pointed at the twins, who were babies at the time and said, 'Well yes, there's a problem with this.' I looked at her and said, 'No, I think the problem is with you.'

I could see my son, who was seven years old at the time, getting tense, and I realized that I had a big decision to make. I could have freaked out on this woman, called her a racist and gotten into a big fight, or I could have addressed what she had just said. So I repeated that the problem was with her, and with the conversation that we were having, told her to have a nice day and left.

That's when I started reading up on being a conspicuous family. Sometimes, people look at me like I am a religious zealot who is adopting a ton of kids, or I'm infertile and they should feel sorry for me. I feel like in Vancouver, it is never seen as an honest choice; like I am compelled by my guilt to adopt an African child.

With that in mind, would you say that your family life is racialized as soon as you come to Vancouver?

No. I don't feel that way at all. There's a great video by an American blogger called Jay Smooth about racism, (How To Tell People They Sound Racist) and that is my philosophy. It is not what you are. I do not know what you are. It is what you said. That's what I'm teaching my kids. There is no sense in getting into the mindset of calling someone a racist, because you don't know their background.

I mentioned 'The Talk' in my article – the discussion that my parents and I had about how the world would not be a fair place for me. Do you feel like you will have to have that discussion with your kids?

I've already started it, or at least between my husband and I. It's how I dress my kids, and it's how I do their hair. I don't think my older son has had his hair brushed more than 5 times in his life. But my twins have their hair washed and done every other day. I braid it and lock it the way my Ghanaian friends told me how to style it. They are dressed well and they are clean and neat – always.

We will have our work cut out for us, because life will not be fair. They will see their brother walk through the halls of life with ease, and they'll think, 'Great, I'm following you,' but they're not going to be able to follow him wherever they are. So I want certain things, like the way they are dressed, not to be the issue. I want that to be the easy part.

But ultimately, it is not my experience. I'm trying to predict an experience on my kids based on... well, who are the experts? That is why I reached out.

Are you worried that as your children get older, they will not have role models who look like them and who have had the same experiences?

How are you going to deal with that?

It's funny – I was having this conversation with a friend last night, and I said to her, 'I don't know if I am doing my kids a disservice by living here. Do I move? Do we travel more? I don't know.' But she responded, 'Isn't it better to raise them in this bubble on Bowen Island now, where they are confident and they know themselves inside and out?'

But it breaks my heart to think about it. I'm trying now to put things in place that will help them. Parents at the preschool will talk about how they'll be so cute when they are 16, but I think in my head, 'Will that still be the case when they knock on your door to take your daughter out?'

I'm already defensive and I'm already creating this environment where there's ongoing racism against them. And I wonder if I'm creating that environment or if I'm smart to think about it. I feel as if I am being smart, because it's inevitable.

Have your experiences as a mother affected your work as an immigration practitioner?

I changed career paths directly as a result of it. Immigration is really challenging. The law is black-and-white if you don't fill out the forms right, but that's all very boring. I wanted to understand how it all works, and then take a different bent. Maybe I'll move into policy -- not necessarily with immigration policy overseas but what happens when people get here. There's not a lot of support for immigrants when they get here, to prepare them for things like 'The Talk.'

What do you think can be done about the lack of support for immigrant families?

I don't think what we need is a non-profit for racial integration. I don't know what the answer is, but I find that most things that happen that have any impact are a combination of policy and a rumbling from the grassroots. How does the grassroots influence the policy? Where is the voice that connects the discontent to the policy?

Not that anyone is listening to.

What lessons have you learned from your experiences?

I think the lesson is that it (racism) exists and it is going to exist. Full stop. Racism is as invisible as it is obvious as my own hand. But I can't grab it, or bring it into my house with me to explain it. It's just impossible to describe. It is as individual in speech as it is to emotion, so it's hard to put into a box. It's like air that is around us all the time. And people want to say that it is okay. It's fucking not okay. I'm tired of people trying to soothe situations, but in fact what they are doing is avoiding the problem.

At times, I have felt ashamed for my privilege, and I know people who have felt the same way, and built resentment over feeling ashamed for the privilege. But they don't actually do anything about it. They don't have the balls to say "What you said sounds racist." They just want to go away because it's easy. But my kids never get to go away. It's going to chase my three kids for the rest of their lives, even my oldest son.