You know who makes me mad? Right-wingers who claim to be the worker's friend. 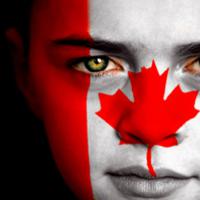 'We Are the World' Could Be about Canada

You know who really, really makes me mad? Workers who buy into the bullshit that the right-wingers are selling.

I mean smarten up, eh! Think. Read a little history. Radio talk show hosts, newspaper columnists, TV celebrity idiots, preachers and politicians who want to weaken or destroy unions, get rid of minimum wages, cut public services, chop pensions, encourage private schools, get rid of corporate regulation, say government-paid healthcare is bad, start wars and promote hatred based on skin colour or religion are not on our side. They want to divide us. They are working for the rich folks who prefer a world based on the principle of one dollar, one vote rather than one person, one vote. They are our enemies, not our friends.

They may claim to be on our team, maybe stand behind our bench or even put on our jersey, but as soon as we play the game the way they tell us, the puck ends up in our net. It's like the Philadelphia Flyers hiring a general manager who is really working for the Pittsburgh Penguins.

In fact, following the advice of right-wingers pretending to be our friends has led to decades of losing seasons for the working class. The rich have gotten richer, the poor poorer, our kids have been sent off to war, our jobs moved to places where fellow workers are screwed even worse than we are and yet so many of us continue to believe these liars and cheats that there's little hope for change anytime soon.

Why? Are we just plain stupid? Or are they so clever?

I think the main reason the working class gets screwed over and over is because of our loyalty. We continue on the way we have because too many of us have been brainwashed into believing that's the way our team plays the game. Too many of us believe we play for the Capitalist Devils and that makes us capitalists. Hurrah for my team!

Well, let me be the one who breaks the news to you. Workers and capitalists have different interests. Always have and always will. We are a cost to them. The more we get, the less they get; that's how they look at it. Capitalists never gave workers anything good. We had to fight for weekends, better pay, the eight-hour day, pensions, maternity leave and every other benefit any of us get. And the only time capitalists ever gave up any of this stuff without a whopping big battle was when they were scared that the alternative was revolution. Scared that we'd get rid of them, scared that workers would run the economy democratically by ourselves. Only then were some capitalists willing to reform the system a little in our favour.

And over the last few decades as fewer and fewer workers have talked about getting rid of capitalism, what's happened? The rich have gotten greedier and greedier. They've started taking back many of the reforms and laws that made life better for us. They've chopped wages, pensions and other benefits. Once they convinced most of us that there is no alternative to capitalism, all of a sudden the system can no longer afford to give us what it once promised.

And if we continue to play the game by their rules, we will continue to be shut out. Our only hope is to rethink the game.

The capitalists may act as if they own the team we play for -- the system may say they do -- but we are the players and without us the game does not exist. We have the power, if we choose to use it, to change the rules and make the game fair for all.