Working Ahead: Labour in a New Era of Challenges

Ten days before Christmas 2008, the cashiers and grocery clerks at an Extra Foods store in Maple Ridge, B.C. ushered in some changes. 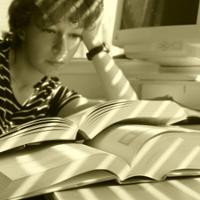 Ten Books to Read on the Job

From then on, they would work out in the parking lot, not inside. Instead of cashing out orders or helping customers, they would manage a picket line.

Seventy-five employees at the owner-operated but Loblaws-controlled store went on strike after working without a contract for five years. They never expected to be out for two Christmases. But it's beginning to look like it’ll be three.

Nearly 21 months in, about 40 men and women of all ages still hold the United Food and Commercial Workers (UFCW) Local 1518 picket line together daily from 8 a.m. to 8 p.m..

The Tyee visited B.C.'s currently longest running picket line to find out how strikers have maintained an action for nearly two years and why they're willing to go the distance to save jobs that are becoming expendable and devalued in the new economy.

Hear their words and see their efforts in the slideshow above.

Seeking parity with other stores

The store remains closed, except for a lone pharmacy the union has allowed to stay open, an essential community service to local seniors. Meat, deli and seafood department employees belonging to a different union, UFCW Local 247, were locked out, with some being transferred to work at other Loblaws stores. There have been some negotiations, but not since Nov. 2009. The union is refusing a contract they see as substandard and the company won't make another offer.

Saying no to a rollback

Employees want what Safeway and Overwaitea (owner of Save on Foods, Urban Fare) workers got in their 2008 UFCW negotiations: a $3 increase over a five years, improved benefits and a clause that allows them to be transferred to another store if theirs closes.

Loblaws offered what the union later found out was a "no frills" collective agreement, which would roll back wages and benefits. The offer would cut full-time wages down to $12 to $13 per hour with a top rate of around $15 per hour for a minority of full-timers; for part-timers, wages would recede to $9 per hour with a top wage of $11.90. Dental benefits and extended health plans would be significantly reduced, according to the union.

If they accept the contract, the union and employees fear that their store will become another No Frills store, which they deem less valuable to the community. An even greater fear held by the union is that if the company wins, it could help to set a precedent that might allow other retail food giants to roll back wages.

Despite requests to come to the table, the company won't bargain.

The Tyee tried to reach Loblaws for comment on negotiations and the state of the strike. Craig Ware, director of corporate affairs for Western Canada with Loblaws replied via email, writing, "as you can appreciate, we cannot disclose the details of any union negotiations."

In the "Be a Great Place to Work" section of the Loblaws 2009 Corporate Social Responsibility report, the company included among its priorities"

"Build a culture that welcomes colleagues and encourages them to voice opinions, ask questions and contribute ideas that will make Loblaw more successful;

In for the duration

Some Extra Foods employees have since moved on to school and other jobs, coming by for a paid shift on the picket line once or twice a week to support the cause. However, others who have worked at the store for 25 years aren't about to let go of their careers.

Hamid Houssanai is ready for a long fight. The pharmacy technician has taken up school and other work during the strike, but says he'll keep coming down to the picket line for another two years to support his co-workers if he has to.

The UFCW record for the longest strike action is held by employees at a Canadian Tire in Prince George, at 39 months, from Dec. 1983 to March 1986. Strikers in Maple Ridge hope that they won't be a contender for the record but they'll keep the strike going to get what they want.