My dad and I are travelling the 13-kilometre road that winds from Fulford Harbour to Ganges on Salt Spring Island. He's telling me about the summer of 1970, when he first arrived to work as a mate on the island ferry system. He soon found that living anywhere outside Ganges village meant considering the choir of island sheep. It was a stark contrast from his downtown Toronto life. While he talks, my eyes are scouring the pastoral landscape, but I can't spot a single ewe. 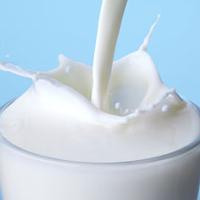 Did You Want Your Milk Raw?

Every islander has a different theory about what makes Salt Spring lamb special: pampered care, salt air, gentle climate, heritage breeds, or wild forage such as ferns, salal, Oregon-grape and blackberries. Some say it has an unusually hard fat consistency, making for meat that is firm and yet rich, lean and yet full of flavour. What it all seems to come down to is terroir, or the unique landscape and culture of a place.

"Salt Spring lamb is a really good example," says Brian Brett, the author of the award-winning Trauma Farm, a memoir of his 18 years of Salt Spring farming. "It's built into its environment, keeps the land moving and alive and fertilized, and creates that circular, local, living community. And what they're doing is taking the community out of our food and turning it into an industrial focus."

Sheep arrived on Salt Spring soon after the first European settlers. Sheep were an obvious choice to early farmers, given that much of the island is better for ranging animals than it is for producing crops. An 1874 agricultural survey recorded the Pimbury brothers as the first sheep ranch, with 350 lambs. By 1895, Rev. E.F. Wilson could report a number of acreages with large herds. "A farm on the Pacific coast may, perhaps, not yield its owner a fortune," Wilson writes, "but it will at any rate enable him to make a living and bring up his family with comparative ease and comfort."

For at least a century, locals and visitors have made a tradition of hitting the farm stands and gathering their groceries as they go. While island farmland has been steadily eroded by housing developments and new generations of property owners uninterested in agriculture, the biggest hit against Salt Spring lamb came in 2004, when changes in provincial meat regulations began to bring farm-gate sales under the same rules as large agri-business producers. For years, islanders slaughtered their own animals or took them to local farmers who specialized in butchering. Since 2007, farmers in rural B.C. who wish to sell meat to their neighbours, as they've always done, now must have those animals slaughtered at a government-inspected facility. Places like Salt Spring and Haida Gwaii are among the hardest hit because they have no easy access to provincially approved facilities. The nearest abattoir for Salt Spring farmers is a ferry ride and well over 100 kilometres' drive away -- in Metchosin, on Vancouver Island.

As I talk to Sandy Robley, who has been farming on Salt Spring for 26 years, she's bottle-feeding a black sheep born the night before and rejected, so far, by its mother. Another long-legged lamb is following her around, bleating at the top of its baby lungs. Out in the front yard, two sheep stand together. One of them, named Nya, is a former PNE queen. Both are now in their teens, well into sheep retirement, and have been spared from the dinner plate. "When they give you that much good service, you want to look after them in their old age," says Robley.

"The problem is time and cost," she says, turning to the issue of the new regulations. The farmer has to make two trips off the island -- one to deliver the livestock and another to pick up the cut and wrapped meat. Another problem kicks in at the abattoir. "Lamb is seasonal. What happens is the plants are overbooked, and because there's not enough of them, and everyone wants their lambs done at the same time, they're looking after them longer and waiting for a spot, so costs are up there, too."

Robley now ships lambs from her 100- to 150-head Sunset Farm to a Vancouver Island slaughterhouse every two weeks in the summer. She still sells 100 per cent of her lamb meat at her farm-gate store or to island restaurants, but adds that it's now her sheep's-wool products -- not the famous lamb -- that keep her operation afloat. She's making a living, but sees the regulations as an unnecessary hardship.

"Psychologically, maybe it's helped people to say their meat is inspected," says Robley. "But no one ever got sick from eating [Salt Spring] lamb."

Many smaller-scale sheep farmers have given up altogether. Brian Brett keeps anywhere from six to a dozen lambs, and, with no truck of his own for hauling, must send his animals to slaughter with other farmers. At roughly $140 per animal in transportation and processing fees, he says, there's no profit in it. Others simply do not want their lovingly cared-for animals to suffer the stress of long-distance travel and industrial slaughter.

"They'll tell you how they're doing the best scientific things and saving everybody. What they're doing is destroying food by narrowing its range," says Brett. "They're increasing the large-scale dangers in order to defeat the small-scale dangers."

Last fall, Nicholas Simons, the MLA for Powell River and the Sunshine Coast, submitted a private member's bill to amend the slaughter regulations, but it was never debated in legislature. Neither, in fact, were the controversial new rules themselves -- because they are regulations added under existing legislation, they didn't have to be.

"People I talk to feel the safest, feel the healthiest, and feel they're supporting their community when they're buying local food, and being told they're not allowed to and that supply will no longer be available -- people are rightfully upset about that," says Simons.

Government officials and agri-business advocates cite outbreaks of illnesses such as mad cow disease and listeria as a major instigator of the change in regulations. Rory McAlpine was B.C.'s deputy minister of agriculture when the regulations were introduced and is now vice-president of government and industry relations for Maple Leaf Foods; his own son became ill from eating bologna his company produced in 2008, when listeria spread through Maple Leaf's processing facilities in Toronto. He has since argued in favour of similar regulatory changes in Manitoba, stating that "pathogens do not respect jurisdictional boundaries."

This may be true in large plants (Maple Leaf's weekly limit at their Brandon, Manitoba, pork-processing facility was raised from 75,000 to 86,000 hogs last year), but it's precisely the reason small farmers say that their meat is safer. Of the seven Salt Spring farmers interviewed for this story, none could recall a single case of food-borne illness from local lamb. If disease had struck, they say, the number of people affected would have been small and the problem easy to trace to its source. In the factory farm system, as one farmer put it, "Instead of a half dozen people getting sick at a family picnic, you now have 7 million pounds of meat go out in one day."

Over on Saturna Island, which has just 300 permanent residents, Jacques (pronounced "Jackie") Campbell has found a way to live with the new rules. Her family managed to upgrade their existing slaughter facility at a cost of approximately $120,000, but she isn't complaining. She says government officials were helpful, even kicking in a $50,000 reimbursement.

Campbell's parents settled on Saturna in the 1940s and built their slaughterhouse the following decade. "They both had agriculture degrees from UBC, and when it came time to build a slaughterhouse, they made sure they did it right," she says, adding that the upgrade was fairly straightforward. Still, Campbell now has to book in advance to have an inspector from the Canadian Food Inspection Agency present for all slaughters at her facility, which happen almost weekly from the end of June to December. Since the upgrade, Campbell has begun to slaughter lambs from neighbouring islands Pender and Prevost.

"It's too bad on Salt Spring they weren't able to seize the opportunity," she says.

A study commissioned by several Gulf Islands farmers' groups found that it would take $500,000 to build a government-approved slaughterhouse on Salt Spring, though others put the figure at closer to $1 million once the cost of acquiring the land base is factored in. An alternative solution is a mobile abattoir, estimated at $300,000. (One such operation exists in the province -- Gate To Plate Food Services, based in Fort St. John.) Others propose a two-tier system with more monitoring of traditional slaughter facilities, perhaps even by camera, without the need to change the essence of small farming in the ways demanded by the industrial system.

"I think we can have a system that at least allows both varieties to go," says Brett. "There's got to be a kind of buyer-beware that can happen, but it's up to you to make the decisions with the food that you eat. If you want to buy meat off one of the local farmers who's got a little butchery in his basement and a cooler, you should have the right to do that, fully knowing it's uninspected meat."

There's already a celebrated example, he adds, after a clash between locals and government health inspectors over eggs at the Ganges farmers' market. "Since the big Salt Spring egg wars, we put a sign on them telling people these are organic, home range, not inspected by any government bureaucrat -- you make the decision if you want to buy those eggs," says Brett, laughing. "I tell you, they line up a mile deep for those eggs."

Good to the last bite

Back in Vancouver, I cook the lamb chops I bought at Sandy Robley's farm under the broiler, just as she instructed when we talked next to the pot-bellied fireplace in her farm-gate store.

I'm thinking about the way she handled her herd, the way she talked with and doted on her sheep. The meat is so succulent, I drop my knife and fork and pick up a chop with my hands. I'm not sure whether I'm detecting salal, fern, or Oregon-grape in the flavour -- but I'm certain I can taste the salt air, and a century of Salt Spring tradition.