Annette Henry, a professor of language and literacy education at the University of British Columbia, knows Black students in Canada feel alienated by post-secondary institutions because they tell her about it.

"They’re racially profiled, they don’t have access to sources of information, funding, opportunities, scholarships, bursaries in the same way,” Henry said, adding she recently completed a study on Black graduate students' experiences. Students, Henry added, especially those who come from African countries, are assumed by many professors to have no knowledge base of their own, but rather arrive as blank slates.

“For example, a student who was an A student, a couple of professors made assumptions that because she's a single mother of three children, that this was not the place for her, that she wouldn't succeed.”

A new program spread across five Canadian universities is examining how post-secondary institutions can provide support and security to Black students, while also collecting much-needed research on the social and academic experiences and outcomes of Black high school and undergraduate students.

The program, called Securing Black Futures, has received $1.2 million in funding from the Royal Bank of Canada’s Future Launch. The program will be run by Carl James, the Jean Augustine Chair in Education, Community and Diaspora at York University, in collaboration with project leads Henry at UBC; Juliet Daniel, associate dean of research and international relations at McMaster University; Jennifer Adams, Canada Research Chair in Creativity and STEM and Kevin Hewitt, professor in the physics and atmospheric science department at Dalhousie University.

Securing Black Futures aims to support Black high school students to “see” themselves in the post-secondary environment. The program will establish a research and data hub to improve research and post-secondary institutions’ policies and create new research opportunities for Black graduate and postdoctoral students, as well as junior faculty, to provide the research, teaching and mentorship that supports Black communities.

The fund is enough to operate the program for three years, though Henry hopes it will run for much longer in order to continue building on its successes.

Henry used UBC’s portion of the funding to create a bridging program for Black students between high school and the university.

With the help of six Lower Mainland school districts — Vancouver, Burnaby, Richmond, Abbotsford, Maple Ridge and Coquitlam — Henry brought between 60 and 100 Black high school students onto the Vancouver campus three times beginning in October 2021, in addition to three online meetings, so they could hear from Black professionals and academics, and connect with their peers from other districts.

The first year of the project wrapped up with a graduation ceremony on May 5, and Henry presented on what she has learned so far at the Congress of the Humanities and Social Sciences on May 15.

Henry spoke to The Tyee about the program’s successes, what students took away from their UBC experience and what universities can learn from the project’s first year about securing the futures of Black students. This conversation has been lightly edited for length and clarity.

The Tyee: What does post-secondary alienation do to Black students?

Annette Henry: Some people are able to transcend it. But it lowers morale. Some students give up. One of the students in Black Futures had said he signed up not really thinking that university was worthwhile. But he said after coming to Black Futures and seeing how supported he was and seeing people believe in him, although he doesn't quite know what he wants to do with his life, he feels he'll definitely go to university.

We introduced them to the scholarship programs at UBC. We had the vice-president of students come and speak to them and shake their hands at a graduation ceremony on May 5. We had the people from the Beyond Tomorrow program and scholarships and leadership programs at UBC. Undergraduate students also came to talk with them, and that seemed to be a real hit, because those students were just a year or two older than them and they could relate to them.

Did you find that you attracted mostly students who already knew university was their plan?

No, not necessarily. Some people were going to take a gap year or considering doing some kind of apprenticeship. But most seem to want to go to university. So that was amazing. And I do believe a lot of the inspiration was the speakers.

I think they had eyes opened. They had not met people like these professors before. And even the oldest person who came to speak was probably about 80-something, a retired neurosurgeon. Many of the students repeated the things that he said in their narratives: “You can do anything you want. You can be anything you want. It takes hard work, but you can do it.” He was really inspiring, and I would say everybody really was.

How did the mentorship aspect work?

When the speakers would come the students had opportunities to speak with them. They usually would stay for lunch. And I would get there early and talk to students about their plans. The teacher chaperones are their teachers, so those teachers were encouraging students. So it wasn't really a formal mentorship program, per se, at this point. And I'll be honest, I did want more one on one, but it just wasn't that easy.

How is the research being conducted?

We plan to administer surveys that ask everything from a demographic background to study habits, to post-secondary aspirations, to friendships and social relationships. We want to standardize it so that it's the same survey that's used everywhere.

The five campuses are working through what they're going to be collecting. And of course, each program is a little different as well. The STEM summer camp at Dalhousie might look quite different from an all-year program, for example. And I know Carl James is planning to set up a focus group with undergraduate students, and I've actually thought about that, too. That might be fun if we can.

We're really in the rudimentary phases: we know what we want to do, we're working together to bring it into fruition.

You’re not even a year into this project, but are there any lessons universities could take so far for supporting Black students?

Students benefit from seeing people who look like them. Especially at the front of the classroom. It's a no-brainer, but students benefit from feeling supported, feeling that what is said to them is relevant to their situation; it's not just a one size fits all. 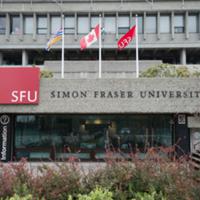 SFU Signs Charter in Support of Black Faculty and Students

This student said, “The really cool thing about the Black Futures program is the empowerment I got from connecting with different guest speakers and mentors. They shared their personal stories to show us how to overcome the challenges that come with life and chasing your wildest dreams.”

I think they felt a sense of connection. And very often students feel, as we mentioned earlier, alienated and disconnected from what's happening in schools. Adolescent friendships are important, and it seems that many students are the only one at their school or in their class. So just giving them time to network with each other, to be with each other, was extraordinary. And even one student mentioned how his family is in another province, so he doesn't see Black people very much. He really appreciated being in Black Futures just for that reason.

Those are the kinds of things that they talked about: friendships, having the opportunity to ask questions in a safe environment, knowing that the people in the room understood their situation. Those aspects are just as important as the academics, and perhaps even more so. Because if we're not feeling comfortable and safe, we can't focus on the academics.