After a 17-year slumber, a veritable mass of cicadas will soon make their way through the earth and take to the sky for a period of intense hornification. ’Tis the summer of sex for Brood X!

The peak of the action is supposed to kick off in the northeastern U.S. in late May and stretch into early June. According to the previous iterations, “Billions of cicadas burst through the earth and climb up into trees where they shed their juvenile skin to reveal their adult form — a striking black body, wings striped with orange veins, and red eyes. And then they are ready to mate.”

These are the “periodical cicadas” — called this because they emerge from the dirt to get down and dirty on a regular cycle of every 13 or 17 years, depending on the species.

Males sing lustily to attract interested females, engaging with multiple partners in a swingers’ free-for-all. Females lay up to 600 eggs in a single sitting. “Holy smokes!” one might reasonably remark upon witnessing such a fandango. No shade cast upon the cicadas; after such a long dry spell, these bugs deserve all the fun they can get before they croak. Get your flying fuzzy freak on, insect friends!

Although the two species (sapiens and insectoid) might share some similarities, there are key differences. The cicadas are, well, to put it gently, efficient when it comes to matters of the heart.

After a few weeks of intense action, the rutting bugs drop dead. The new babies hang out in the trees for a while, before making their way back down into the earth. And the whole thing kicks off again, another 17 years later, with another trillion or more new cicadas in the wings.

In comparison, humans on the other hand aren’t doing so well in the reproductive department. The predicted baby boom from an extended pandemic lockdown failed to materialize, and there is worse news on the horizon.

Human fertility is falling. And then there’s this awful naked truth: penises are shrinking. Although there are conflicting bodies of research, there does seem to be consensus about the fact that the chemical overload of the contemporary world is having a deleterious effect on sperm counts and phallus size, as well as a host of other problems. Even more withering information, male friends, is that the long-term effects of COVID-19 might bring on extreme periods of erectile dysfunction. I’m not laughing. This isn’t good news for anyone.

Sex has long been one of the main motivators for humans to do anything at all — get out of bed, get back into bed. Put on clothes, take off clothes. You get the drill, or do you? Maybe not anymore. Ergo, there is increased pressure to make up for lost time and make hay while you can.

This summer, it might be helpful to take some lessons from our insect friends. If humans emulated cicadas, they would prepare themselves for the orgiastic period about to unfurl with practicality in mind, and body.

An article in the Guardian on what’s safe and what’s risky in the post-pandemic moment might be a good place to start. The laundry list of what to do or not is exhaustive, practical and reasonable.

Whatever advice you choose to partake in, the consensus is clear: it’s gonna be a cicadas-sex-level summer. Maybe there won’t be quite a trillion humans hooking up in the trees, but a goodly number of folks are intent on indulging in some outré behaviours, if only to feel truly alive once more.

The touch deprivation of the previous year might be part of it, but there’s also the brush of imminent mortality that has swept across the globe. Nothing makes people embrace the moment, as well as other people, as much as escaping death. This might be the ultimate lesson of the cicadas. Live and love it up while you can. Emotional entanglements, such as “does he like, does she?” matter not. Shame begone!

The sex lives of insects come with many horrors. And of all the oddities around amorous arthropods, it’s the hapless cicadas who get it the worst. 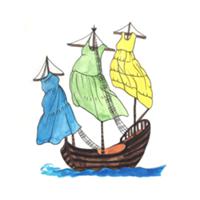 Are You Ready for the Mother of All Makeovers?

As they make their way through the soil to take flight, cicadas often pick up a fungus called Massospora cicadina. The psychotropic fungus invades their bodies, essentially turning them into sex-crazed zombies with a chemical cocktail of cathinone (an amphetamine) and psilocybin (a hallucinogen). As the fungus takes over, eating away at the poor creatures, it exponentially ups their sexual drive. In their zombiefied state, they will mate in a frenzy, despite the fact that their genitals have fallen off.

“Nature, red in tooth and claw” is nothing compared to this horror show. What kind of God comes up with this stuff? I’m not sure if I want to know the answer, but perhaps he outsourced some of the details to less holier spirits. Satan, in partnership with the Marquis de Sade, with a little help from David Cronenberg.

Hopefully it won’t be so bad for humans this summer. Let’s spare a moment to feel for our cicada friends. After living in the dirt for close to 20 years, sucking on tree roots, they emerge for a brief moment, only to have their butts fall off and die. Circle of life, or ninth circle of hell? So, remember — it could always be worse.