Jen Sookfong Lee’s new book of poetry The Shadow List (Wolsak & Wynn) reads in part like a novel. It carries a novel’s punch, with narrative tension and a push towards catharsis. This is only natural — while Lee has worked in variety of literary genres, she’s best known for her novels, including The End of East (Vintage Canada), The Better Mother (Vintage Canada) and The Conjoined (ECW Press).

The Shadow List is her first poetry collection, but it bears the hallmarks of her signature voice. At the centre are the age-old struggles between men and women. Romantic relationships figure large, but so do friendships and familial entanglements. Words are both a means of defence and a mechanism to ameliorate and soften the pain of rejection and heartbreak. Embroidered with details that range from the lyric to the idiosyncratic (hello, Harry Styles!) Lee’s work defies the codified restrictions of poetry schools to forge its own path in the world.

Born and raised in East Vancouver, Lee lives with her son in Burnaby. The Tyee spoke with Lee about her new poetry collection, which was released today. This interview has been lightly edited for length and clarity.

The Tyee: The question of female desire is very much at the heart of The Shadow List, as is the idea of agency — who gets to act, who doesn’t, and why? Did writing these poems help elucidate any of the complexities around women’s needs and desires for you?

Jen Sookfong Lee: I think in the process of writing, I came to understand that women’s desires are indestructible, meaning that no matter how much we try to bury them under the weight of responsibilities and obligations, they will always resurface, sometimes in ways that are uncontrollable.

Women are so often caregivers who are overloaded with duties and tasks that shoving our own needs aside is efficient in the running of life, but when this happens, an explosion will always occur. Maybe not today or tomorrow, but one day. Pressure cookers need to let the steam out!

As a novelist, what did the poetic form offer you that was different from working in prose?

Poetry for me has always been about language, about playing a game with myself about how to express a concept or a human condition with words that can surprise readers. It also speaks to the idiosyncratic ways my own brain works. I am a pop culture obsessive, for example, and in poetry that mash-up of literature and Harry Styles can make sense.

Did the act of condensing force you prioritize different things?

Without the need for plot or other elements of fiction, I could focus sharply on what I think are very distinct themes in The Shadow List. A novel could never just be about a sad middle-aged divorcee barrelling through life. There would have to be, you know, other characters and dialogue and stuff.

The physical sense of place is a big part of the book, often embedded in carefully observed detail. How important are the observational aspects of a poem in creating a sense of lived and felt experience?

I have always been a setting-first type of writer, in any genre. Place and geography are really important to my process. I have to be able to place myself in a setting in order to write a character’s experience, and that translates into immersing the reader as well. What we see is important, but more important is how we see, especially in poems.

The term “confessional poetry” is one that often seems attributed to women writing in a more personal and intimate vein. How do you feel about this kind of categorization?

I don’t hate the term, but I think it’s disproportionately applied to women. There was never a moment when I thought readers wouldn’t call this book confessional, and I made my peace with that. But I’m a product of 20 years of publishing, which means a lot of terms have been applied to my writing just because I’m a Chinese Canadian woman. I’m used to it and can shrug it off, which is not necessarily a good thing.

I think that the separation of author from narrative or author from character is a silly line of interrogation. Who cares? Every single writer accesses the self, and the feelings from that self, in order to write anything at all. How else do we write characters? If a reader or reviewer wants to think I am this narrator in The Shadow List, fill your boots, but I don’t think it matters or improves anyone’s reading experience. 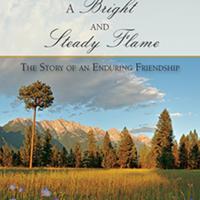 On the Friendship, and Poetry, that Saved Me

You’ve worked in a range of different genres, moving between forms. Do these forms inform each other? In bringing a more narrative-driven voice to poetry, how did you strike a balance between story and image?

I tend to circle around similar themes in every genre — feminism, race, East Vancouver — but The Shadow List is perhaps a collection of the things I haven’t yet been able to access in prose. My poems are pretty prosaic, which is where I was at after three novels. But the poems gave me some freedom to work on emotions that have been difficult to write in any other form.

As for story and image, my poems are circular in logic, meaning they start at a place, meander through some exploration of what that place means, and then conclude in the same place, but with a clearer understanding. That shape, which is not dissimilar to a short fiction shape, helped me merge story and image together.