Adam Curtis’s new documentary series Can’t Get You Out of My Head: An Emotional History of the Modern World dropped on the BBC iPlayer on Feb. 11 and was uploaded by fans to YouTube within days of its release. Clocking in at just over six hours, it is a heavyweight contender, crammed with the eddies and flourishes of arcane history, most of it captured by BBC television camera crews over decades.

Curtis, whose previous offerings include The Power of Nightmares and The Century of the Self, squirrelled himself away in the deepest bowels of the BBC to gather nuts for Can’t Get You Out of My Head — morsels of raw, unedited footage shot in every corner of the globe and then left to languish. The BBC main archive is said to contain more than 60 miles of shelving, which is a lot of trees to be shaken.

Dip your toe in its first few chapters and you get the Kennedy assassination, Chinese Revolutionary operas, the Gang of Four and Russian cosmonaut Vladimir Komarov shrieking with rage as he plummets to his death in a faulty rocket. One terrifying sequence involves a seemingly endless descent into psychedelic dog imagery, prompted by a Google algorithm experiment. It is so horrifying I don’t want to think about it ever again.

Even without psychedelic dogs, this mass conflagration is enough to convince you that there is nothing stranger than human history. This shit is wild!

Curtis has been on staff at the BBC since the mid-'80s, picking up awards, supporters and detractors in equal measure. As a number of critics have noted, his highly identifiable style lends itself to easy parody. But you can’t go as long and as deep as Curtis without surfacing some rich and revelatory stuff.

Can’t Get You Out of My Head takes direct flight from Curtis’s 2016 film HyperNormalization, which conflated various conspiracy theories with the rise and fall of Libyan dictator Col. Moammar Gadhafi. The new series expands upon some similar subjects (Donald Trump, Brexit, artificial intelligence) but folds in more recent events, including the U.S. election and the pandemic.

In this series, as in previous work, Curtis’s narration acts as a Virgil-like guide throughout the bewildering barrage of content. “In a dark world of hidden power,” he states, “you couldn’t expect everything to make sense, that it was pointless to try and understand the meaning of why something happened, because that would always be concealed. What you looked for were the patterns.”

Patterns are what he finds, big and small, the same things rising and falling and rising again. There are so many feints, circuitous historical travelogues and so much meandering that the bigger picture is obscured and hard to see. But the fragmented, fractal nature of the production is perhaps the only way to truly encapsulate the nature of reality as it lurches forward and back, turning and turning like Yeats’s famous falcon.

Repetition is definitely an element as the struggle between ideologues and engineers plays out. It is a common thread in a great deal of Curtis’s oeuvre, this clash between chaos and control, revolutionaries and the regulating systems that would seek to rein them in.

In the radical camp, there is Mao Zedong’s fourth wife Jiang Qing, a failed actress, who came to power and took revenge on all those who thwarted or upstaged her film career, and poor old Tupac Shakur, determined to prove his thug cred even if it killed him. There are more obscure figures like Michael de Freitas/Michael X, a would-be Black revolutionary who modelled himself on Malcolm X and was executed by hanging in Trinidad and Tobago in 1975.

In addition to these two main streams, there are pop songs aplenty and endless shots of people dancing, all of it blending together into something that feels like a waking vision or a sleepless dream. 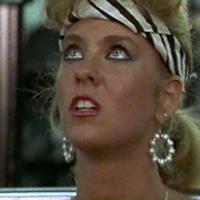 As the series builds towards its grand finale, all the various multicoloured birds of culture, history and politics come home to roost in a vast summersaulting murmuration of flickering images. Somewhere, tucked in the midst of this flock, is that rarest of creatures, a speckled thing called hope.

After exploring the exhaustion, emptiness and corruption of many current societies, Curtis suggests three decidedly different options for our future. In somewhat of a departure from form, he saves the most optimistic for last. “The third possibility is to try and imagine genuinely new kinds of futures,” he says, “ones that have never existed before.”

To cap off this idea, the film ends with a quote from writer David Graeber, who died last year. “The ultimate hidden truth of the world is that it is something we make and could just as easily make differently.”