Jahren describes how her heart sank when she was asked to teach an undergraduate course on climate change. But she rose to the challenge, and this book appears to be her extended course notes. So it’s not only a remarkable introduction to climate change; it’s also a master class on course design that any teacher should be eager to sign up for.

One problem for any course planner is estimating what the students already know. Go over too much familiar material, and they’ll be bored. Drop them in at the deep end, and they’ll be lost. We all know something about climate change, and that includes teenagers, who will turn to their phones as soon as the lecture material gets too simple or too hard. And they sure as hell won’t be checking Wikipedia for definitions of climatology.

Jahren is way ahead of them. Surprise is a great technique for getting and holding student attention. So she brings up familiar topics like Thomas Malthus, and then startles us with facts about his population theories that we didn’t know. She traces worries about overpopulation all the way back to Mesopotamia 4,000 years ago; she finds that despite the warnings of people like Aristotle and Malthus, population has doubled and doubled and doubled again. When she was born in 1969, she tells us, world population was 3.5 billion; now, half a century later, it’s more than doubled to 7.8 billion.

Malthus and his disciples argued that any growing population would overshoot its food supply; Jahren surprises us by bringing in the 19th-century Henry George, who thought the problem wasn’t people, but people who wouldn’t share. “It is because so many of us consume far above our needs,” Jahren says, “that a great many more of us are left with almost nothing.”

In a series of short chapters that would be knockout lectures, Jahren takes us through the history of producing more food and more energy, and producing more heat in the process. She sticks to her pattern: a little bit of historical background but mostly change since 1969 (“the olden days” to anyone born at the turn of this century); her own personal experiences; some gobsmacking numbers; and the sheer, enormous “moreness” that’s sustained us all since she was born.

For example, Jahren grew up in Minnesota, in the Middle West. She tells us it produces astounding quantities of corn: a billion bushels in 1865, five billion bushels when she was a girl in the 1970s, and 15 billion bushels today. Then she sandbags us: the U.S. produces so much corn that it must work hard to get rid of it.

“We eat processed corn not only as cornmeal,” she writes, “but also in forms as varied as gum, acid, wax and MSG (monosodium glutamate), as well as the more recognizable starches, sugars and oil. Nevertheless, human consumption of corn uses up only 10 per cent of the U.S. annual harvest. Where does the rest of it go?”

The moreness of Atlantic salmon should be especially vivid for us here in B.C. The Norwegians set up the first fish farm in 1969; now they run countless farms not only in Norway but in Chile and B.C. Fish farming has increased its production since the 1970s by 20,000 per cent, to almost three million tons. The cost to our oceans has been staggering.

“To get one pound of salmon,” Jahren explains, “you need three pounds of fish meal. To get a pound of fish meal, you need to grind up five pounds of fish.... At present, about one-third of the total catch fished out of the oceans is ground up into fish meal and then fed to fish that live in pens.” The fish taken from the sea are removed from the food chain that sustains other fish as well as marine mammals. And as we know too well, fish farms in our waters are threatening our own wild salmon.

Jahren’s approach works equally well in her analysis of our ever-growing energy use; even “renewable” sources of electricity have their costs. She effectively makes the case that some of us, in our quest for more, are harming not only ecosystems and the climate — we are harming most other human beings, those who live in poor countries and have contributed almost nothing to our emissions and their consequences. She also makes it clear that we could all live pretty well on a lot less. 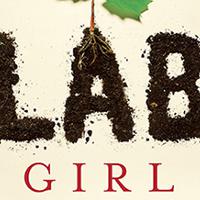 Many readers will see how less can be more and change their lives accordingly — by eating less meat (or none), minimizing travel, and so on. The book concludes with sections on what individuals can do, and they make sense. Political action is not on Jahren’s agenda, however.

Perhaps she figures that anyone who grasps her facts and arguments will see the need for political action and act accordingly. Those actions should include plans for success: what happens to those who make a living off animal slaughter and burning fossil fuels, when we cease to want meat and international holidays? How will we sustain key social services like education, and especially public health?

The pandemic has given us just a glimpse of a low-emissions world, and most people seem to want to get back to the carefree world of 2019. Encouraging them to settle for the energy and food consumption of, say, 1960 will require millions of individual examples and effective political action. That could well be the subject of Hope Jahren’s next course, and her next book.