Until the pandemic, digital nomads were a privileged few: young people with rare skills, usually in information technology, who could do their jobs from anywhere with a decent internet connection. For the upfront cost of an air ticket, they could plunk themselves down in a cafe, open their laptops, and earn North American incomes in a low-cost country like Vietnam or Peru.

It could be a pretty sweet deal for a single 20-something, and a chance to see the world on the cheap — an echo of the Commonwealth “teaching bums” who passed through Vancouver classrooms in the teacher shortage of the 1960s before moving on to Australia or Britain or Africa.

COVID-19 has closed off a lot of low-cost countries like Vietnam and Peru, however, even as more Canadians than ever are working remotely. With the collapse of world tourism, however, many countries are actively looking for foreigners who might even settle down for a while, if not for good. And they in turn might get our government thinking about domestic digital nomads to revive our rural regions.

The countries with the most to offer to digital nomads are also among the most expensive. Estonia, for example, this summer created the world’s first Digital Nomad Visa. It would permit up to 2,000 foreigners to live in the country for up to a year, while free to spend 90 days travelling across Europe’s Schengen Zone. But it’s a bit pricey: visa applicants need proof of foreign employment and an income of at least 3,504 euros a month — roughly equivalent to C$5,450.

Across the Baltic, Norway and Sweden are welcoming digital nomads as well, and now Stefan Lindström, the Finnish consul general in Los Angeles, is lobbying Helsinki to welcome a new tribe: Californians fed up with wildfires, COVID-19 and American politics. A report by the Finnish news agency Yle Uutiset quotes Lindstrom as pointing out additional competition from the Netherlands and Canada for entrepreneurs, IT experts and investors.

But such invitations are open to just a few skilled and well-funded foreigners who could afford to quarantine themselves as soon as they arrived and then find accommodation in some of the most expensive housing markets on the planet.

These happy few might do very well in Finland. Nomad culture is already established there, with advice for newcomers on the best places to live and work in Helsinki and nine other cities ranging from suburban Espoo to Rovaniemi at 66 degrees north (Dawson City in the Yukon is at 64 degrees).

For a Canadian or American nomad family, especially one with two high-income earners, Finland could be very attractive: superb schools, excellent public transportation and health care, and a population (at least in the big cities) that speaks remarkably good English.

But it would be a fantasy for most of us. Housing, the cost of living and the long winters would be serious deterrents.

Then again, Finland sounds a lot like Canada. We’re not very welcoming for digital nomads: where the tech money and startups are, like Vancouver, housing costs are absurd; where housing is affordable, internet is awful.

But domestic nomadism could help to remedy that. Our rural regions and small towns are being steadily depopulated, with a predictable loss of cultural, social and health benefits. Digital nomads could revive whole regions. Provide fast, cheap wifi for the B.C. coast, and communities like Sointula and Bella Coola could boom. (So could many Indigenous communities, even if many aren’t welcoming outsiders at the moment.) 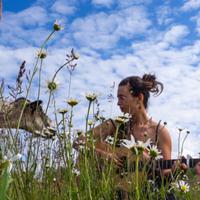 Ever Dreamed of Fleeing the Big City? These Folks Did

Like the Finns, we could establish more colleges and universities in the far north, and then teach students, online, living anywhere from Dawson City to the Gaspé to Rovaniemi. Faculty and staff would be emigrés from Vancouver, Calgary or Montreal, now living in Port Hardy or High Prairie or Matane.

Or we could simply provide high-speed internet and let our domestic nomads create their own startups and cultural centres wherever they like. With luck, they’d generate enough revenue to attract service industries and other young families, reviving towns that would otherwise have faded away.

And if the nomads attracted so many newcomers that the cost of housing got a little too high, there would always be a cheaper place a little farther down the road.