It’s the new reality for the time being, but there are a few upsides.

As comedian, actor, playwright, activist and polymath Charles Demers notes, offering book readings online means that friends from Alberta or family across the country can attend. It’s a cheerful take on a somewhat grim situation, but Demers is good at finding the helpful stuff amongst the bleak. His new mystery novel Primary Obsessions does precisely that.

The first in a series, Primary Obsessions featured the character of Annick Boudreau, loosely based on Demers’ own therapist and his experience with cognitive behavioural therapy.

It’s not just the central relationship between doctor and patient that gives the story an interesting twist, but also the nature of therapy itself, with its tools and methodologies that can be applied to solving mysteries as well as plumbing the depths of the human psyche.

Even here, there is a Demersian aesthetic at work — funny, personal and transformative, turning something that is difficult (obsessive compulsive disorder) into an artful experience that offers both entertainment and thoughtfulness.

Having worked in so many different literary and performing arts, what is it about genre fiction that attracted Demers? 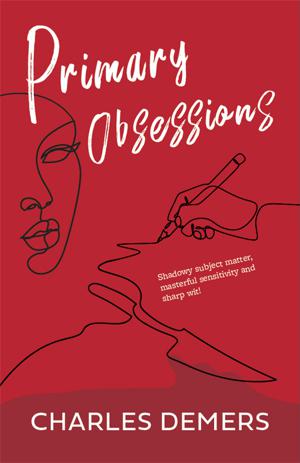 “I’ve always enjoyed mysteries. As a young reader, I read a lot of kids mysteries,” he says. “I just got more and more into them.” He cites writers like Sam Wiebe and Sheena Kamal as favourites.

Genre fiction, while providing structure and rules, also allows stylists to bust loose in all kinds of interesting ways. Writers like Dashiell Hammett or James Lee Burke are exemplars of this trait.

But there is something else about the genre that Demers finds compelling, namely its democratic and accommodating nature. “It’s such an unpretentious form, while still taking the craft of writing and its more formal aspects. It’s a neat mixture.”

A literary form without a great deal of angst or anxiety may be part of the appeal, but genre fiction offers more.

“It’s one of those spaces that people can really find themselves,” says Demers. “I have left-wing friends reading Agatha Christie or G.K. Chesterton. There’s something about the form that is very freeing. The rules and conventions are so well-defined, that it lets you be bold in other respects.” A level of liberty that allows him, a self-described “dyed-in-the-wool East Van socialist,” to read Dorothy L. Sayers, “books that are filled with hidebound British class system.”

Despite this expansiveness, the marriage between genre fiction and therapy might not seem an obvious fit. But Demers, who has 15 years of therapy in his arsenal of experience, says it’s an area that hasn’t been much explored. A handful of examples like Tony Shalhoub’s character in the television program Monk, who suffers from OCD, made use of the tropes of the condition. But few works were built around therapy which, like genre fiction, comes with its own parameters and rules of conduct.

Although the book was loosely inspired by his own experience dealing with anxiety disorders and severe OCD, a certain literary license was necessary in creating the character of Sanjay, whose struggle gives the book its title.

“Because it’s fictional, I’ve liberated myself from being super true to life. I imagined the character as a character,” Demers explains. A guiding principle for the project was inspired by Demers’ ex-comedy partner Paul Bae, who entered the world of podcasts with bravura. His success came from using every part of him, Demers says, and producing “a story that could only be told by him.”

“OCD is a huge part of my life, a crippling, defining part. OCD brought me in, but I’ve been getting ready to tell this story for 15 years.”

Another element in the story is cognitive behavioral therapy itself. When asked to explain what CBT entails, Demers doesn’t just give a textbook definition but provides a sense of what it feels like to contend with OCD and other anxiety disorders. “As opposed to talk therapy or analysis, where you’re talking through experiences and memories, working through traumas, CBT deals more with thought processes and the reinforcing behaviours that undergird and feed off thought processes.”

CBT identifies patterns of thought and helps patients become more aware of what is termed negative or inaccurate thinking, as well as offering ways to recognize those behaviours and change them. These can include things like unwanted or intrusive thoughts, compulsions and rituals.

Demers puts this in much more relatable fashion: “Don’t wash your hands 50 times a day. Don’t ask your partner for reassurance about whether you’re a good person. Don’t do a little ritual, like tapping your keychain a certain amount of times, before moving it to the other pocket.... Fixing these thoughts is a big part of treatment of OCD.”

Even if it’s not the classic Freudian cliché of a doctor, a patient and a couch — “I’ve seen my psychologist for 15 years, and we don’t talk about my dreams or my relationship with my mother,” Demers says — the partnership between doctor and patient is still central. A good therapist can make a profound difference in bringing a perceptual shift. “I’m watching this incredible person save my life,” he says.

This connection forms the beating heart of the story, based on Demers’ firsthand experience.

“The relationship is incredibly special. There is this person that knows me intimately, that I trust implicitly as much as I’ve ever trusted anyone, but I don’t even know her partner’s name or when her birthday is.

“I’ve known her for a big chunk of her practice, from someone ambitious and just starting out to someone who is renowned and respected in her field. I’m 15 years older than when I started, I’ve seen her the entirety of my career and my marriage. When started I was 24 years old, and now I’m a middle-aged man. It is one of the most fantastic and bizarre relationships. You owe your whole life to this person, but you will never give them a birthday present or a Christmas present.”

Demers says subsequent books with the character of Dr. Annick Boudreau will use this level of intimate detail to build stories, incorporating a new disorder with each sequel. Demers is currently at work on the next book in the series, Suicidal Tendencies, that deals with depression. 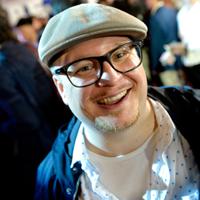 Demers dedicated the novel to his therapist, explaining that in addition to the bigger things, she was also instrumental with smaller, practical details. “She helped me with technical questions, legal things about privacy, confidentiality, medical ethics.” Demers also says that he had support from Lee Trentadue and Jim Schmidt from Galiano Island Books, both registered psychologists and big mystery readers.

The book was set to launch last April but was delayed until now. He’s happy with the decision and the chance to share his work with an online audience. “I haven’t done a ton of Zoom events,” he says, “I’ve basically been in mothballs for 2020.”

Writing books, he notes, is very different from comedy “where you can have an idea at lunch, and after dinner go onstage and see if it’s funny.”

But delayed or not, the chance to reach an audience is still important.

“I’m really happy to share this thing that I worked on.”

Aaron Chapman will host the Demers’ event on Sunday, Sept. 20 as part of Word Vancouver. You can register here. For a complete festival schedule, go here.