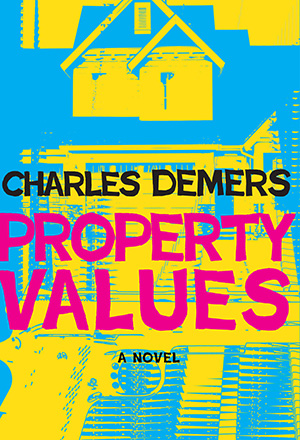 How big a risk would a Vancouverite take to buy a home in the city they were born and raised in?

Vancouver author and comedian Charles Demers imagines an answer to this question in his new caper-comedy Property Values. Scott Clark wants to buy out property from his former father-in-law, so what can he do? Stage a shooting on the property to drive down the asking price. Naturally.

Property Values follows the ridiculous situation Scott finds himself in as he gets caught up in a Vancouver gang war. Despite the far-out premise, the story makes very real commentary on how the real estate market affects Vancouverites’ lives and their concepts of home.

“Hopefully one of the tensions at the heart of the book is that Scott is being shut out of a housing market that is potentially going to still play out very well for him,” Demers said. “We live in a city where a lot of people feel that the price of housing here is their ultimate deliverance — it’s the thing that imprisons them and it’s also the thing that’s going to set them free.”

The Tyee: So, how close are we to this scenario happening in real life?

Charles Demers: You know, it’s hilarious, it never occurred to me that I’d have to put a do not try this at home warning onto the book. But so far, in describing the premise to a number of people, I see their eyes working. I think people are definitely open to the idea possibly as advice.

Vancouverites rely so much on their parents for housing — it undermines our idea of adulthood.

Absolutely. That was something I hoped would make the novel more than just a screwball caper. I was trying to write a story about these young men who feel completely blocked from adulthood.

I never lived in a house that we owned growing up. So, it wasn’t something that I saw as, "you have to own a house to be a grown-up.” But it is a major path to adulthood, at least in the middle-class, suburban conception of what adulthood means.

Why is Scott’s ‘gang’ called the Non-Aligned Movement?

I mean... almost nothing better captures what’s unique about Vancouver’s crime culture than the United Nations. I can’t rip myself away from a certain kind of perverse, counterintuitive pride that not only do these guys have a non-racist multicultural gang, but they also came up with a clever, ironic name that embraced this core element of Vancouver crime. The Non-Aligned Movement felt like a not-so-subtle, slightly nerdier name I could give Scott’s pretend gang. I’m not even sure if admitting in an interview that the UN gang came into my mind is a good idea. Hopefully I don’t get the shit kicked out of me.

Also, the NAM is this incredible part of 20th century history, this slightly forgotten attempt to build alternatives for themselves that were outside of the rules of geopolitics. This independent streak of internationalist, socialist thinking felt appropriate to the story that I was trying to tell.

Conversation about Vancouver real estate can degrade into racist assumptions, about Chinese investors, for example. Did you purposefully not include that?

Part of it was wanting to tell the story from the perspective of the kind of people where that wouldn’t come up.

It was important that characters like Darryl and Michelle Chong, and Josiah — the East Asian characters that did need a place to stay — that they were just human beings who needed space. I tried to address that question by not giving it the dignity of being a legitimate concern, and instead jumping straight to the lives of East Asian people being built in this city.

My daughter, as far as the world sees, is a little Chinese girl. She’s a fifth-generation Vancouverite. She has as deep roots in this city as any non-Indigenous person. The Dhaliwals have been in the area for over a hundred years. I was trying to portray that it is a much more complicated story than just, “this was once a white place that now isn’t.”

A big conversation in literature is the pros and cons of writing “what you know.” Did you think about that while writing this book that’s filled with minorities and women, but a white male is at the centre?

For me to write a world that was only white, and only male, that would be the real act of imagination on my part. If you write Vancouver and that’s not what your characters look like, that’s science fiction.

The Scott thing was interesting, because the Serbian side almost entirely came out in the writing process. It became really important that Scott’s mother had been a Yugoslav, a woman who didn’t identify as a Serb, and had come from this failed experiment in building a non-racial, non-ethnic state. The perils of that, and the preciousness of that, actually started to play a real role.

Scott’s the protagonist, but Angelique is the one who does the interesting footwork. She’s the one who actually pieces together what’s going on. I was sensitive to the fact there were possible pitfalls that were riskier in writing Angelique than in writing Scott. So, then you just kind of say, well, don’t fuck it up.

If I say, Angelique is going to be a woman who has traded a huge amount of her personal life for a career [in journalism] that is being eroded from the outside, and she’s approaching a point in her life where she has to question the choices she made — she’s already got enough individuality for me to try and inhabit her as a character in her own right. Then, if you’re wanting to add cultural details of her being a black woman in Vancouver, then you’re relying on what you know from the artwork of black people who live in this space, from black friends, and people’s stories you’ve heard.

Speaking of Angelique, Scott tries to exploit some common journalistic tropes. Why did you include so much about journalism? 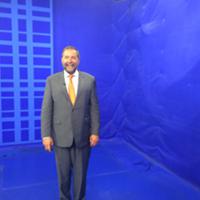 I find that the more interesting way into crime. Cops are trying to find the evidence necessary to try the suspect, whereas a journalist is telling the story.

Someone like the Vancouver Sun’s Kim Bolan is just such a hero. There’s no more beautiful, perfect illustration of the importance of the work that she does, and the atmosphere of cutbacks in which she does it; than that last year, they reported on a story of a murder plot to kill Kim Bolan, and the byline was fucking Kim Bolan.

At the same time, there are all these journalistic tropes that are shortcuts for telling us how to feel. Years ago, I went on a walk with my wife at night. We heard a gun shot. We come around the corner and we hear this loud moaning. Sure enough, there’s this guy lying on someone’s front yard. He’s been shot. The next day, I google “East Van shooting,” and they describe all [this] stuff I know already, and then it says, “the victim is not co-operating with police.”

That half-sentence was the only new information I got, but it put the entire story into perspective. I now knew entirely what had happened. This was a gangster who was shot by other gangsters. It’s so bizarre how these really Orwellian phrases just become part of the oxygen that you breathe. Yeah, that guy was known to police, so I don’t really need to worry.

We’ve so accustomed ourselves to the idea that it doesn’t matter how violent the article is, as long as you tell me these guys were known to police, or they had records, or they’re being unco-operative, I won’t think of them as human beings. And I’ll know it’s not really anything to do with me. There’s this way crime is discussed in Vancouver that I find chilling.

Charles Demers will be performing in Cumberland June 22 and appearing at the Sunshine Coast Festival of the Written Arts Aug. 19.