I despair at the behaviour of some of my neighbours. These kids in Victoria were having a party and when the cops arrived they claimed that they were young and therefore immune to the coronavirus. What should be done about such people?

Dr. Steve knows just what to do. We must act quickly — track these young people down and take them into custody. Then we chain them to gurneys, jab needles into their strong, youthful arms, and raise them to the ceiling, slowly, slowly, draining their blood into large vessels. Not too much — they must be kept alive. The precious blood must keep flowing! They are immune, so we must feed upon them. Their powerful, magical blood will save us all.

Of course Dr. Steve admits to the possibility that they are misguided in their assessment of their own invulnerability and that they may in fact merely be garden-variety idiots. There's no shortage of those. A lot of routine carelessness too. People believe they are following the rules but they don't always think it through. Stand in a circle at English Bay, six feet apart, and still your hacky sack will be an airborne virus bomber.

Even doctors are not immune to careless behaviour. An Edmonton bonspiel commencing on March 11, the day the coronavirus was officially named a pandemic and attended by dozens of physicians and health-care workers, has since resulted in at least 12 cases of COVID-19 in Alberta and 11 in Saskatchewan, including the head of the Saskatchewan Medical Association.

Thus do our beloved national pursuits turn against us. Curling rocks become deadly disease vectors, drawing to the button of our immune systems. Even our national anthem, Loverboy's “Workin' for the Weekend,” has lost its meaning.

The current situation is turning a lot of inspirational quotes on their heads. Norman Vincent Peale was just one among many motivational authors who have said, “One person can make a difference.” How true. A single Austrian bartender is now believed to have spread the virus to dozens of people and even introduced it to Iceland. When you think of individuals who have made a difference in history you tend to think of Mahatma Gandhi or Rosa Parks. But in fairness you've got to put Typhoid Mary on that list too. (Meanwhile the once-reviled Pontius Pilate begins to look rather far-sighted with his vigorous hand-washing routine.)

A lot of messages are being flipped around this year. The old Second World War classic, “When you ride alone you ride with Hitler” is more complicated now. Is it OK if Ghost Hitler is at least six feet away?

Most people are behaving well though. Dr. Steve is attempting to do his part by staying home. Very chill. He was forced to put on anti-perspirant today though, since his roommate was complaining. Dr. Steve lives alone, but still. Anything to shut that asshole up.

Dr. Steve is a West End resident and it has been heartening to see and hear the nightly 7 p.m. show of support for health-care workers, a New Year's Eve-style cacophony from windows and balconies every night when the clock strikes seven. (Well, to be exact it's been more like 6:58 p.m. Dr. Steve is unsure whether to join in with people who clearly haven't properly synchronized their timepieces or do the correct thing and wait until it's really 7 p.m. How else will they learn that their clock batteries are dying?)

Not everyone is saluting hospital staff, mind you. U.S. Senator Lindsay Graham recently pointed out that this whole crisis could really be just an excuse for nurses to get greedy by making money on unemployment insurance.

At last, someone standing up to Big Nurse. Perhaps Senator Graham could visit Vancouver and lead the residents of the West End in banging pots and cheering every night to protest the selfishness and greed of our health-care workers. 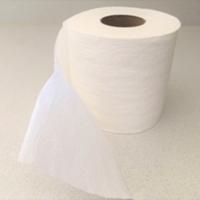 On the Sudden Allure of Toilet Paper

Meanwhile President Trump reminds everyone to:

On the other unwashed hand, Dr. Steve has heard from very reliable sources that you can kill the virus by shoving a hair dryer up your nose or by washing your hands with, and/or drinking, cow urine. That's all just a regular Saturday night for Dr. Steve, but if it kills the virus, hey, bonus.

Now if only Dr. Steve could get his obnoxious roommate to start wearing pants.