When I was a little girl, I found a cache of women’s magazines from the 1950s that once belonged to my grandmother. Interspersed between the recipes for Jell-O casseroles and ambrosia salad with wieners, there were ads.

Many of them were deeply confusing to my younger self, as they warned of the various ways the female body could smell. Scalp odour, body odour (or “BEEEEE-OHHHH” as my grandmother liked to yodel), and most mysterious of all, feminine odour.

Much of this stuff I couldn’t make head nor tail of. “Your scalp smells?” I thought. “Huh...?”

While doing the research for her new novel, Recipe for a Perfect Wife, Karma Brown came across similar kinds of materials — ads, marriage manuals, even cookbooks — rife with advice on how to be a better woman. How to please, but more importantly, how not to offend.

The author of five books, Brown is reading from Recipe at the Vancouver Writers Festival on Sunday.

Brown’s experience delving into the world of feminine advice was similar to my childhood attempts to ponder scalp odour.

“I came across a few ads that were disturbing. I was taken aback by one that featured a housewife holding a ladle in one hand and a beer in the other, with the caption that says, ‘At least she didn’t burn the beer.’”

“The nasty, sexist sentiment of the times about a woman’s place didn’t last long,” she told The Tyee. But the 1950s, with its intense focus on female roles, proved a fertile inspiration for Brown’s book, providing a microscope to examine more current social trends. 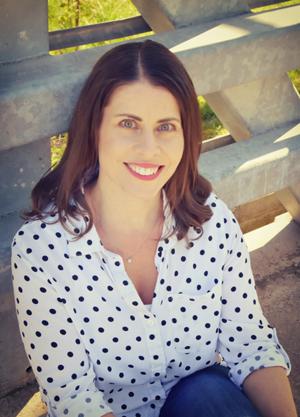 Author Karma Brown: ‘Why are we doing these things? Clean eating, clean living, self-care. There is this bizarre pressure.’

Recipe juxtaposes the lives of two women in two eras. Nellie Murdoch is a perfect embodiment of 1950s’ suburbia, living with her husband in a Betty Crocker culture of cul-de-sacs and cocktail parties. Alice Hale is a product of our times, fleeing from the PR world, ostensibly to work on a novel and get pregnant. In that order.

Separated by 60 years, the two women are brought together when Alice buys Nellie’s old house and discovers a collection of Ladies' Home Journal magazines and cookbooks filled with letters tucked into their pages.

But this isn’t a story of “look how far we’ve come.” It’s more “we didn’t get very far, actually.”

The issues that beset Nellie decades — money, power, control and autonomy — still confront Alice. Only the language is different. Female bodies and lives are still policed and sanitized, rendered safe and compliant by any number of products and devices.

Does Brown think it’s easier to see the present through the lens of the past?

“I was fascinated by the big changes on either side of the 1950s,” she says.

It took a Herculean effort to get women out of the workforce in the 1940s (where they’d largely replaced men during the war effort) and back into domestic servitude, she explains. And the forced return to traditional roles was short-lived. By the late 1950s, women’s rights were back on the table.

Where they are still sitting.

The thing that is most striking in Recipe is the palpable sense of anger that underlies the narrative, sometimes in overt fashion (with a little light murder going on) but also in the wider cultural waters.

It isn’t the earlier time period, with its clear dictates about the roles and responsibilities of women, that is most maddening. It’s the current day, where the systems of control are often harder to see and more difficult to escape, cloaked as they are in the language of “You go, girl!” empowerment.

Unlike Nellie, who’s actively controlled by her dickish husband, Alice’s containment is meted out less overtly and often in the language of wellness, veiled and caustic. It’s not a big leap from the ’50s-style magazine ads that promised women love, affection and the adoration of their husbands if they just used the right deodorant, to the Goop products that similarly offer perfect sparkling lives with the purchase of creams or cashmere leggings.

It’s a trend that Brown finds infuriating. “Why are we doing these things? Clean eating, clean living, self-care. There is this bizarre pressure. It’s more impossible now.”

Brown uses quotes in her book to introduce different chapters, and they echo today’s language around wellness. The bulk of them, taken from books like Edward Podolsky’s Sex Today in Wedded Life (1947), are strategies to please husbands, feign subservience and maintain sweetness.

They might seem quaint and often ridiculous, but the same imperative is at work when Goop creator Gwyneth Paltrow exhorts women to stuff jade eggs up their vaginas in order to please their (often male) partners.

The advertising world is nothing if not adept at mining female insecurities and offering solutions, lightly frosted with feminist gloss. In addition to Paltrow’s goopy empire, the concept has been taken up by a number of other celebrities. Former Spice Girl Victoria Beckham, musician Erykah Badu and model Elle McPherson have all jumped on the be-well bandwagon.

But for all their vaunted female empowerment, these lifestyle brands carry a whiff of women’s magazines of old. They sell products for taming women’s bodies and hoovering out their bank accounts at the same time.

It’s the language that is the most curious aspect, and as a writer Brown’s métier is showing how words carry meaning as well as dissemble and obscure it. Many of the chapters that detail Nellie’s life in suburbia are filled with Tupperware parties and dinners where the neighbourhood women peruse each other’s figures with clinical attention.

As Brown sees it, although there are different opportunities for women today than in the 1950s, some of the most critical issues have yet to be resolved. “In terms of reproductive rights, we are still struggling with the same issues. Still fighting the same fights.”

At the heart of the story is a struggle over bodily autonomy, namely sex and pregnancy. Nellie is struggling to have a child while Alice is trying to maintain her reproductive freedom. Miscarriage, rape and birth control provide critical narrative elements on the domestic front, while in the professional world sexual harassment in the workplace is ongoing.

It’s something that almost every woman has experienced, and Brown, who worked in public relations, knows this.

“In the ’90s, rampant sexual harassment, it was just part of working as a woman,” she says.

Brown thinks that things are getting better, with male allies and more discussion around sexual assault and harassment.

But much more needs to happen. “It needs to be much louder. We’re making progress, but we’re still in the soup, as it were. Men need to show up, because men will listen to other men.”

Women will also listen to other women, especially if the advice is coming from older, wiser females who have been through the shit and come out the other side freer, happier, smellier.

In Recipe, this advice is carried in the form of cookbook and, yes, recipes, like a whisper network of old, passed on from grandmother to mother to daughter.

Brown drew on her family’s cookbooks passed down through the generations, as well as secondhand books found in thrift stores.

“It’s so nice to use the legacy of women who came before. Even stranger’s cookbooks that had clippings stuffed between the pages, with annotations about what worked and what didn’t.”

Hearing this story, I remember my own grandmother’s cookbooks, filled with her crabbed handwriting about how to make apple danish or American chop suey (hint: a lot of crumbled bacon). It’s a not-so-secret language of women, about dishing it out and not always taking it.