“My silence is a sentence.”

This chilling line is contained in Chantal Gibson’s genre-busting debut book of poetry, How She Read, named by CBC as one of the best books of poetry in Canada last year.

In recent years, this award-winning B.C. artist-educator from Simon Fraser University’s School of Interactive Arts & Technology has been challenging the silencing, marginalization and obliteration of Black voices in Western history through thought-provoking artwork exhibited in galleries and museums in Halifax, Montreal, Toronto and Victoria.

In her new poetry collection, visual art and text work together to provide a layered understanding of the effects of omission and oppression.

The history of Black Canadians spans over 400 years, with some tracing their roots to the 2,000 Black Loyalists who arrived in Nova Scotia after the American Revolution. Yet continuing incidents of racial profiling, such as those recently reported in Nova Scotia and Vancouver show there’s a long way to go.

Gibson’s book is an excellent resource to address what needs to be discussed in every classroom this Black History Month, or any month, going beyond well-meaning symbolic inclusion on postage stamps and currency.

Gibson told The Tyee her book is exactly the kind of book she’d needed while growing up. “It’s the book I wish my teachers had. I don’t remember learning about Black people in primary or secondary school (beyond National Geographic).” 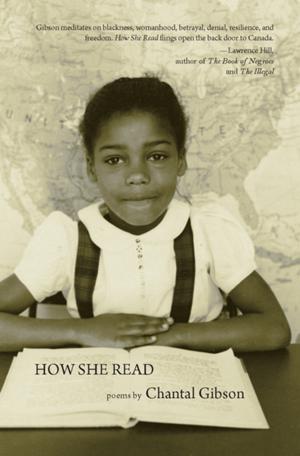 She described how earlier in her career she’d written an article for Canadian Art Review about a photograph of Harriet Tubman and portraits of two enslaved North American Black women.

“I wrote about their images — how they were represented — but, in the context of an academic research, the women did not speak, their voices were erased. I have been haunted by those women ever since, so How She Read was a place to give voice to them — to let them speak.”

The book’s title poem (reprinted below) riffs off the name of the 2008 hip-hop movie, How She Move. Gibson said that this poem serves as “an incantation, an invocation of ancestors, an anthem for sisterhood. It is circular and rhythmic, like the entire book. It connotes what it means to be a Black woman reader reading Black women — the honour, the privilege, the blessing. It wraps the iconic voices of the past (Maya Angelou’s I Know Why the Caged Bird Sings) in a sassy hip-hop vernacular of the present.”

Throughout the collection, those iconic voices speak out and speak back with subversive irreverence and eloquence. One poem is written from the perspective of Marie-Joseph Angélique, a Portuguese-born Black woman in Montreal who rebelled against her enslavement. She was tortured and sentenced to death in 1734 after being convicted in an infamous trial of setting fire to her owner’s home and much of the surrounding area: “…sister scholars combing my charred/ remains, literally parting fact from/fiction, excavating me from the myths…”

In another piece, Gibson imagines leading abolitionist and “conductor” of the Underground Railway, Harriet Tubman, disputing how she is portrayed both in a Canadian Heritage minute and in a stiffly staged photograph from the 1870s.

“…I’d rather take
my somnambulant chances stumbling stark naked
and alone in the open through the lynchy day-
light backwoods of Maryland with a tiny quail
feather for a compass than stand here posed, lace-
necked by the blunt savagery of your prose.”

There’s a poem written in the form of a letter from Viola Desmond to the Canadian government protesting the postage stamp that bears her likeness. Desmond’s 1946 arrest and imprisonment for sitting in a restricted area in a racially segregated movie theatre eventually led to the repeal of Nova Scotia’s segregation laws.

In the poem, Desmond resists being labelled the Canadian Rosa Parks and questions the glossing over of her violent and unjust arrest: “You good people have a history of doing very bad things/to brown folks, so stop. Stop it. Don’t flatten me with your/flattery…” (Her likeness is now on the Canadian $10 bill as well, just as the voice in the poem demands.)

Alongside persona poems based on notable historic figures, the book gives voice to lesser known Black women and girls. In the ekphrastic poem “Centrefolds: Delia & Marie-Thérèse on Opening Night,” two enslaved women from different eras commiserate with one another beyond the frames of their portraits, commenting on the use and misuse of their half-naked images:

“…Listen, I may not look real, but I am
one of a kind—a West Indian domestic
Slave in 18th century New France, I AM
EVIDENCE. I am history, Sister! I’m a
historic Sister, a fine Black woman in a
white Canadian landscape; a slave
where slaves ain’t supposed to exist.

So you disrupt the freedom myth.

Girl, I tear that shit up.”

There is extensive experimentation with form throughout the collection, with visual poems that play with silence and form, poems that subvert grammar and spelling rules, and erasure poems that redact sections from textbooks rife with stereotypes and racist assumptions.

In an interview last year, Gibson talked about the intentional gaps in her book: “I’m asking viewers to consider the ‘holes’ — the voices, stories, and bodies that have been erased, silenced, or excluded from dominant cultural narratives. For me, black text is just another material to manipulate, to explore positive and negative space. I gravitated to poetry because poems are forms made from gaps and spaces and exclusions. Like historical narratives, what’s not included is as essential to the poem as what is included.”

Four poems from Chantal Gibson’s How She Read are available on her website to assist secondary and post-secondary educators, art and social activism workshop facilitators, students and researchers for the purpose of cultural analysis and literary criticism.

Gibson also discussed the last poems of the book in her Tyee interview. “‘Veronica?’ gives voice to the image of a Black woman in a portrait at the centre of the AGO (Art Gallery of Ontario) who is surrounded by the canonized landscapes of the Group of Seven. I wondered what it’s like in the gallery when it closes. ‘Veronica?’ ends the book talking about what it means to be centered and visible in this decolonial moment.”

This gesture to name the model depicted in the painting and give her a voice helps to erase the erasure of Black subjects in mainstream Western art. (There has recently been movement in the art world to retitle art works to include actual names and to replace outdated racial classifications or indicators. Manet’s “The Negress,” for example, was retitled “Portrait of Laure” by the Musée D’Orsay last year as part of its exhibition, “Black Models: from Géricault to Matisse.”)

The book ends with a set of interconnected sonnets, known as a sonnet crown. Written in the voice of the mother in an earlier poem, it uses a form of shorthand. Gibson indicates in the notes at the back of the book that this shorthand was “derived from the process of deconstructing my own cursive handwriting. If you can’t read it, you’re not meant to.” Touches of this shorthand appear throughout the book. 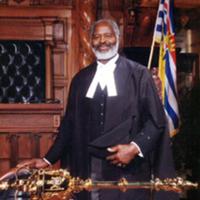 Beyond the Underground Railroad

“It may be frustrating as a reader to try to figure out what is being said,” Gibson told the Tyee. “That frustration is part of the experience of being a reader, of being privileged and included. You’re not meant to read it, but perhaps you can feel the message or intuit it… The poem is personal, filled with the knowledge — the coded words, gestures, looks and sounds — meant to be handed down to her children.” Sonnet 15 ends the book as a kind of palimpsest, a layering of many lives, stories, and histories, an ending that could also possibly represent passage into the unknown.

How She Read has range, substance, variety and depth. Some of the most moving poems are about family and childhood — about growing up poor and getting a secondhand bike, a mother reading fairy tales to her daughters, a surprise visit from a grandfather who has a big “Halifax laugh,” a Grade 4 crush on a kid whose hidden sadism eventually emerges. The collection is dedicated to the author’s mother whose photograph as a child graces the cover. The textbook in front of her might very well be one of the racist vocabulary spellers or storybooks that Gibson redacts and dissects in her poems. The open book and the girl’s open, direct gaze invite us both to savour and puzzle through the lives and histories, voiced and unvoiced, between the covers.

Chantal Gibson will participate in “Decolonizing Voices: A Celebration of Canadian Black HERstory,” on Thursday from 6 to 8 p.m at the Museum of Anthropology. Other participants include spoken-word artist Adelene da Soul Poet (Bertha Clark) and founder and director of BlackArt Gastown, Nya Lewis.

Gibson’s new exhibition, “A Grammar of Loss: Studies in Erasure,” opens Feb. 21 at the Open Space Gallery in Victoria. The exhibition will feature new digital works and altered texts, including “Souvenir,” the collection of 2,000 blackened souvenir spoons that debuted at the Royal Ontario Museum in 2018, featured in “Here We Are Here: Black Canadian Contemporary Art.”

How She Read
By Chantal Gibson

Oh, how she read this. Girl
beloved daughter of daughters
blood, kin, and kind

every syllable she say be sapphires

Oh, how she read that Girl
beloved daughter of daughters
blood, kin, and kind

every book she crack parts oceans,
sends waves rushing back to their shores

every page she turn sets free a caged bird,
whose wings are spread and ready for flight

Oh, how she read, this Girl
beloved daughter of daughters
blood, kin, and kind,

every word she speak be a teeth-sucking act of resistance

every word she write be a battle cry

“How She Read,” from How She Read (Caitlin Press, 2019) reprinted with permission of the author and publisher. Copyright © Chantal Gibson, 2019.