[Editor’s note: Land of Destiny: A History of Vancouver Real Estate is a fun, fascinating new book by author, journalist, playwright and frequent Tyee contributor Jesse Donaldson that more than delivers on its title. His publisher Anvil Press will host a Vancouver launch Dec. 19 at 6 p.m at Resurrection Spirits, free to the public. Here’s an excerpt.]

A CITY FOR SALE

“Before Vancouver was a city, it was — first and foremost — a real estate investment. Some things haven’t changed,” writes Jesse Donaldson in Land of Destiny: A History of Vancouver Real Estate. It’s the first title in Anvil's new series “49.2: Tales from the Off Beat,” an ongoing series by local authors dedicated to celebrating the eccentric and unusual parts of city history. Join author Jesse Donaldson for the book launch in Vancouver on Dec. 19, 6 p.m., at Resurrection Spirits. 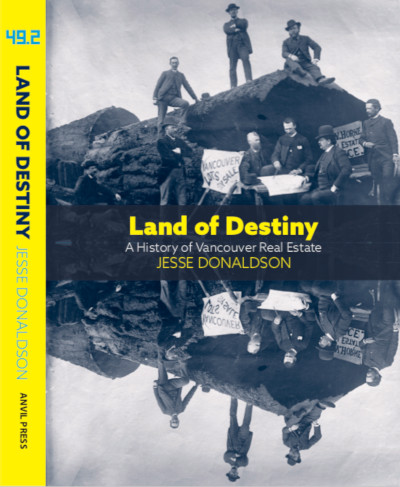 Larry Cudney hated architects. In fact, he hated the entire architectural profession. For a time, years earlier, while still a young intern with a local firm, he had harboured dreams of becoming one himself, until a falling-out with the company prevented him from obtaining the certification he needed.

Embittered, Cudney developed a lifelong contempt for the profession that had spurned him, and struck out on his own.

Working as a draftsman from his cramped office on Main Street and 33rd Avenue, he designed single-family homes (the only buildings a draftsman could legally design), and his work was known for being simple and practical, containing few architectural flourishes (he once told his stepdaughter Elizabeth Murphy that he had no interest in designing “a big stupid house as a monument for someone’s big stupid life”). Reflecting Cudney’s thrifty nature (he reportedly wore a suit he had purchased for less than a dollar, which he celebrated by leaving the price tag on), they could also be built from relatively inexpensive materials.

But then, sometime in the mid/late-1960s, Cudney sat down and drafted the plans that would become his legacy. It came to be known as the “Vancouver Special,” and for the next 20 years, it would be the most widely-discussed — and hated — type of housing in town.

The phrase “Vancouver Special” itself had been circulating since the mid-1960s, originally as a blanket term describing cheap, simple-looking houses, but by 1974, as they began to appear en masse throughout the east end, the label came to be applied exclusively to Cudney’s creation.

Characterized by their box-like structure, pitched roof, and brick or stucco ground-floor finish, Vancouver Specials quickly proved popular with the city’s working families, thanks in part to their cheap construction (permit-ready plans could be bought from Cudney for less than a hundred dollars, and the houses themselves could be built for roughly half the price-per-square-foot of other homes of the day). But, despite being beloved by many lower-income homebuyers, they proved substantially less popular with everyone else.

“Those brash new houses with slightly pitched roofs and aluminum balconies (known in the trade as Vancouver Specials), which are now squeezed into lots where once a single house stood in a magnificent garden are here not just to stay, but to increase,” complained the Sun, in 1978.

“But by the time the city takes action the house is built,” added the paper’s Judy Lindsay. “It is usually large, and has been shoe-horned into a single-family-sized lot leaving a tiny garden.”

Although Cudney himself retired in 1976, his design continued to proliferate. Between 1965 and 1985, an estimated 10,000 Vancouver Specials were built, and by 1980, according to a Young Canada Works survey, eleven per cent of Hastings-Sunrise, and five per cent of Marpole were made up of Vancouver Specials. And as more and more were built, the backlash only grew. Neighbourhood organizations distributed leaflets and harassed building crews. City council attempted to stop the spread of Vancouver Specials west of Main Street. Their rise was bemoaned in letters to the editor (a 1984 letter in the pages of the Sun went so far as to call them a “cancer”). In 1984, the Canada Mortgage and Housing Corporation and the Architectural Institute of BC even sponsored a contest to find replacements for the design. By the spring of 1984, the debate over Vancouver Specials had grown so heated that they were the subject of a newspaper series by the Sun’s Pete McMartin (who referred to them as “singularly ugly”).

In October, McMartin and Alderman George Puil took a tour of various east side neighbourhoods, and in 1986, the city held a number of town hall meetings to discuss the issue.

In the meantime, Vancouver Specials were blamed for a variety of social and economic ills — everything from destroying neighbourhoods to driving up property values.

“Right now, to buy a house in the city’s east side, you have to have $20,000 in assets and a $20,000 income,” wrote the Sun’s Mary McAlpine in 1978. “Most young people with children don’t have that sort of money. The people who do are developers who tear down the house and put up Vancouver Specials — those two-storey houses now popping up all over town with flat or slightly pitched roofs and aluminum balconies. The developers sell them to young professionals or multi-generation families for $80,000. So most young families are fleeing the city. The school population in Vancouver dropped 8,500 between 1970 and 1975, and is still dropping.”

“Street after street of bland stucco boxes, devoid of architecture, devoid of charm,” the Sun’s Barbara Pettit wrote, in March of 1984. “The Vancouver Special is a symptom of a city trying to change within a zoning framework designed to protect the character of single-family neighbourhoods. Despite rezoning, neighbourhoods have changed — into row after row of Vancouver Specials.”

Indeed, zoning did figure into the backlash against Vancouver Specials, as part of a debate that had been going on since the days of Helena Gutteridge; with an impressive 2,000 square feet to work with, the homes were ideally set up to allow for secondary suites. As a response to the city’s wartime housing shortage, secondary suites had begun to proliferate throughout the 1940s, and were actively encouraged by council. However, by the end of the decade, the city had done a stark about-face, declaring them illegal, eventually mounting a program in 1959 to eradicate them altogether. This was a crusade that would be taken up by successive councils, on and off, for decades.

The initial campaign quickly ran out of steam when council realized the role that secondary suites could play in alleviating the housing crunch, and the city ostensibly decided to look the other way after 1961, opting instead to address the suites on a complaint-only basis.

Secondary suites remained ostensibly illegal into the 1970s (multi-family dwellings in a single-family neighbourhood ran afoul of zoning bylaws), and the cause was sporadically taken up by zealous councillors, including Puil and a young NPA candidate named Gordon Campbell. As before, it went nowhere, and for good reason; with property values steadily rising, and interest rates at a crushing 16 per cent, the rental income from secondary suites was often something working families were counting on to subsidize their mortgages.

The argument went on and on. And then, in 1985, the city introduced a host of building code changes — including limits on floor-space ratios — aimed at ending the reign of the Vancouver Special altogether. 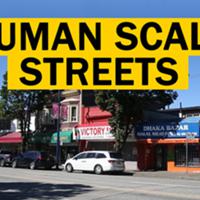 What Makes a Street Special?

But in the years that followed, attitudes — including city council, and the Sun’s McMartin — began to change. For many lower-income and immigrant families, council later recognized, the Vancouver Special was their only chance for home ownership. In 1987, City Councillor Gordon Price even praised the architectural style as “a tradition of our cultural diversity,” and “worthy of heritage preservation.”

By the early 2000s, Cudney’s legacy was being re-examined; many renovated Specials have since appeared in the pages of architectural magazines, and been featured on historical walking tours. In 2005, a renovated Vancouver Special was awarded the Lieutenant-Governor’s Award for Innovation in Architecture.

Privately, Larry Cudney was said to have been proud of the disgust his brainchild had engendered. “Creating a completely tasteless form of housing,” stepdaughter Elizabeth Murphy later opined, “was his revenge on the architect profession with which he was in conflict.”