The Nature of Canada, a collection of essays by Canada’s top environmental historians edited by Graeme Wynn and Colin Coates, gives us the best of scholarship — nuanced arguments with rigorous sourcing — yet is refreshingly accessible. 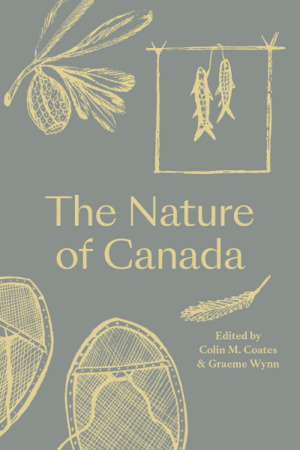 No 911 Service Beyond this Point. Call Local Community Nursing Station if Help Needed.

It was midnight on a June evening in 2012, the sun was up, and I was fresh off a transcontinental flight from my Nova Scotia home, just in time to report to my new job with a Yukon-based wilderness outfitting company that morning. One of my new coworkers had met me at the terminal, led me to a growling dirt-dusted pickup, and we were headed to headquarters, 70 kilometres beyond Whitehorse.

The roadside sign jumped out of the boreal forest edging Yukon’s Highway 2, its painted letters peeling from years exposed to sunlight and highway salt. “No 911,” I thought. “This really is wilderness...”

By the end of August, after a summer criss-crossing the territory, I had begun the rethink my assumptions. The term wilderness was more complicated than I’d expected. It claimed there are spaces free of a relationship to humanity, but in that sense the Yukon was not wilderness. Indigenous people from 14 First Nations have inhabited this vast region for millennia, weaving its topography, its seasons, its flora and fauna, into thriving cultures and societies.

But for that teenage me and many others, Yukon represented a dream of wilderness — one at the heart of Canada’s own identity.

This mythology is explored in The Nature of Canada, a collection of essays by Canada’s top environmental historians edited by Graeme Wynn and Colin Coates.

Scholars in environmental humanities have for decades shown nature and wilderness to be contested political and cultural concepts. The Nature of Canada carries some of their arguments beyond university libraries and academic jargon.

The book wanders, as if paddling through a river delta; each essay meanders on a different path to the sea. In coming to understand the construction of the notion of Canadian wilderness we learn about geological history, post-war feminist anti-nuclear campaigns, the ecology of communications infrastructure, and more. The book gives us the best of scholarship — nuanced arguments with rigorous sourcing — yet is refreshingly accessible. Instead of footnotes and in-text citations, authors provide narrative endnotes rich in sources. The language itself is non-technical and clear.

“Wilderness sprouts in different forms — in politics, culture, identity, and other forums of Canadian public life,” writes Claire E. Campbell in one essay. The very idea of wilderness could not exist without people, because people create the narratives that make wilderness a setting against which we test what it means to be human. Wilderness, therefore, may mean remote ecosystems where humans have had minimal impacts — places that inspire bone-chilling awe — but never can it be something that exists “out there” without people and their stories.

If so, who invented Canada’s wilderness and why?

In the late 19th century, the Canadian and American frontiers were closing and with them crumbled the notion that endless territorial expansion — sold as the foundation for national prosperity and socioeconomic equality since early European settlement — was possible.

The cost, and limits, of colonial expansion and industrialization were just beginning to be widely sensed. Smog-filled cities and cookie-cutter tenements replaced trading posts and rangelands, leading to the development of a mostly white middle class with enough time and money to worry about the possibility of a moral, physical, and sexual decay induced by their increasingly sedentary lifestyles. Wilderness — the mountains, deserts, and coastlines of western and arctic North America — offered a setting for cleansing redemption. It was also heavily promoted by American and Canadian authors, artists, and politicians who, inspired by Romantic-era aesthetics celebrating rocky coastlines and rugged peaks as sublime sites, were often hired by tourist-hungry railroad companies. Proto-influencers, so to speak.

Even today, images of unsullied wilderness fuel the environmental advocacy movement, adorn Apple’s default screen, and underpin a USD $3.7 billion outdoor industry. “We hunt oil now more than gold,” writes Campbell, “but we still find absolution in the notion that wilderness can at once be peopled and empty, pristine and exploited.”

In fact, note contributors Stephen J. Hornsby, Graeme Wynn and Steve Penfold, it was the accelerating exploitation of nature that drove the crafting of Canada’s wilderness myth.

As Europeans settlers sought to raise capital to push deeper into northern North America in pursuit of beavers and cod, they promoted Canada as a place of endless natural resource wealth. This rhetoric was picked up by the wilderness advocates of the early 20th century. They induced ecological amnesia. Enthralled by myths of an inexhaustible Canadian wilderness, many Canadians chose to ignore the environmental impacts of resource development.

Today, the debate over whether to build the Trans Mountain pipeline centres on the choice of whether we want to remain amnesiac, or transform Canada’s environmental, social, and moral relationship to nature. After all, our prime minister (who loves backcountry snowboarding as much as his father loved canoeing) has said a “nation would be crazy to leave its oil in the ground,” never mind the climate crisis.

As I learned a few days after starting my guiding job, Yukon Highway 2, where that sign tricked me into believing I’d entered a realm called wilderness, follows a railroad route that supplied gold rush prospectors in the 1900s and carried up to 3,300 tons of freight a day in 1943 in service of the U.S. war effort.*

Why would a young Canadian so want to find wilderness? Why does the country so fiercely cling to the myth?

Wilderness is a story that paints Canada’s landscape as natural and timeless, divorced from the historical, environmental, and political circumstances that shaped it. It hides the racist colonial policies — such as forced resettlement and residential schools — devised to remove Indigenous people from their land and make way for Canadian mines, railroads, dams, cities, and national parks. It shades how the roads and communication infrastructure that make remote places accessible to recreationalists communing with nature are often funded by multinational resource corporations or the result of American military interests.

In this sense, wilderness makes it easier to ignore the relationship between our fossil fuel use, climate crisis and the threat that life will get worse — not better — as time goes on.

“Grief,” writes Heather E. McGregor in collection’s concluding essay, “came from recognizing that the stories I had been told, and that I had told myself, about the future had always been merely hopes.” 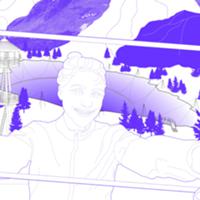 Giving up imagining wilderness can be terrifying. You are left confronted with the ethical mess hidden so beautifully by curtains painted with nature scenes. My family settled here from Europe in the 1600s and the 1960s. I grew up in a pleasant community on the edge of familiar forests and could yearn to immerse myself in “true” wilderness because I did not imagine those places anyone else’s home. My territories weren’t seized to make a national park. My homeland wasn’t flooded by a hydroelectric reservoir. My food wasn’t contaminated by methylmercury or run-off from a mine. Venturing outdoors at will from my cozy surroundings, I grew up learning the skills to land a job as a guide and choose to go where there is no 911 to call.

To believe in wilderness is to embrace, as did the Romantics, a natural state of innocence. But innocence is impossible today. It has been destroyed by everyone’s implication in the climate crisis and mass extinction, and the inevitable harm to all of us.

McGregor argues that adapting to climate change asks that we craft new stories. We can’t hang on to the wilderness myth. Looking clearly at the past, we need to find new ways of understanding nature and our relationships within it.

“The historians we need now are those who teach us how to learn, not what to learn — and why some ways of learning are likely to be more ethical than others.”

*Story updated at 8:25 a.m. on Sept. 11 to correct that the Yukon railroad route supplied gold rush prospectors in the 1900s after it was finished, not the 1880s.