We were sitting on “The Mound,” an off-limits part of the garden that only Oxford students knew about (or, more likely, one that only we cared enough about to feel rebellious while sitting on it). It was all very Harry Potter-esque, except for the content of our conversation. Which was anything but.

We were mostly female, mid-30s, North American masters’ students studying international human rights laws. Most worked for the United Nations or as lawyers, and many lived in developing countries or high-conflict zones around the world when not studying at school.

The conversation involved sharing personal anecdotes about appalling situations, tossed around like a game of hot potato: Stats about each person’s marriage failures, because, well, even the job orientation warns that 80 per cent of UN marriages end in divorce. Tequila-induced conversations about “just being another cog in the wheel.” All with the subversive intent to one-up each other with hardship and hopelessness.

These tales of “realism” are a rite of passage for many activists.

I was the black sheep, about a decade younger. I wasn’t a lawyer. I didn’t work for the UN. I lived and worked in the highlands of Peru with a non-profit organization, on “the community level,” as they called it. I didn’t want to “brag” about my experiences of sexual harassment, tragedy, pain or professional challenges.

And, I admit: I did truly believe that I could make a positive impact. A small one, perhaps, but something nonetheless. That’s why I was there, after all.

One classmate told me — with a dismissive chuckle — that she too went into this field to “make a difference.” But that I just needed to “wait and see.”

And I wasn’t the only one. Most of my classmates — inspiring activists from around the world — were filled with optimism, but I rarely heard their voices amid the louder few. The minority infected the rest of us with their pessimism.

Being the one known for her laughter and smile, whose favourite book is Viktor Frankl’s Man’s Search for Meaning (seriously, read it), often means being dismissed as “naive” and “young.” It means not having enough advertised life experience to understand that I (and we collectively) have no power to change our inevitably corrupt and colonial system.

Because people assume that hope is a privilege instead of a choice.

And for a time, I believed them. Those who were older, who “knew better.”

This infectious pessimism wasn’t just in my cohort. It’s occurring right here at home, every day. “I don’t feel particularly hopeful,” my friend Mark Worthing told me. He’s one of the most educated activists in Victoria’s environmental community. “I can’t even really remember what hope is for sometimes.”

My email accounts are filled with calls to action against shortsighted projects investing in non-renewable energy sources. My Facebook feeds are jam-packed with news articles on impressive fights to save our wild salmon, and recover and revitalize the rights of First Nations communities.

But the moment there is a small victory, it is accompanied by disclaimers about how the campaigns do not go far enough, or how much work remains — not after celebrating, but instead of celebrating.

These disclaimers halt us in our tracks. Joy and relief are quickly swallowed by guilt. Lists of criticism go viral, ensuring that we all know what we could have done better. The fight is not yet over. This milestone isn’t yet worth celebrating.

The media doesn’t help. It sifts through facts and news stories to jump on this pessimism bandwagon.

For years I shifted my university lectures to ensure that they felt more “realistic” for my students, or to justify my rationale for optimism. It worked. Academics and activists took me seriously, because they knew that I was grounded in the current events of our time.

But here’s the thing. Hope is not naive.

Nor does it equate to an absence of suffering.

I could quote a list the size of a novel of the most persistently hopeful activists in history who have also suffered the greatest adversity — Sojourner Truth, Malala Yousafzai, and José Mujica to name a few. This is grit — the ability to persevere in the face of adversity, despite facts that tell us otherwise. It is the outcome of those who have been chronically hopeful.

And yet, we have this connotation that hope is cheesy.

After Mark’s immediate reaction to my article, he reflected deeper on why he keeps fighting: “It’s a certain moral imperative that drives me,” he said. “That, and friendship. I find strong community bonds play a more important role than hope.”

Mark, who rappelled from the Ironworkers Memorial Bridge last year to block tankers, is the epitome of humble grit. To me, his reasons for continuing are slyly hopeful; they speak of a future worth fighting for. But they are also keenly mindful of the present.

“Hope is kept alive through action,” says Kathleen Maloney, human rights lawyer and my fellow colleague from the University of Oxford. In a way, grit is the result of hope and action.

Mark and his community may struggle to embrace hope, but they do take care of each other, through celebration and gratitude.

As a society we dangerously forget to celebrate our collective achievements. We rarely recognize key milestones of equity, equality and shared humanity. These celebrations are just as important as critiquing the ever-present faults and gaps that could dismantle our future.

Celebration is not frivolous; it is our fuel to continue against all odds. Without it, I fear that we academics and advocates will burn out. I already see it happening with my students, employees and colleagues. By not celebrating, we rob gratitude from our allies and co-conspirators, who deserve recognition and appreciation, not at the end of the marathon, but at each checkpoint.

Our collective investment in pessimism is deeply dangerous in an era where digital voices not only affect but also completely control and dismantle movements, and where the words of our present generation shape the actions of our future ones.

And pessimism is contagious.

It is an epidemic. It can create a ripple effect that kills a movement instantly, shifting anger to apathy. We British Columbians are a beautifully angry people; we are passionate, we care, we rally towards collective action. Anger, to me, means we are still healthily hopeful, because we are energetic enough to move towards change.

But we are dangerously flirting with anger’s enemies right now.

Apathy and chronic pessimism, unlike anger, kill action. They symbolize a lack of perceived alternatives or hope for the future. As Martijn Van Zomeren et al. wrote, “people need to perceive that there are cognitive alternatives to the status quo... to mobilize them for collective action.” Pessimism not only leads to stagnation, but collective demoralization and depression.

So, why do we, a people so willing to fight, bully the hopeful and peer-pressure each other against celebrating?

Because we are scared.

We collectively fear that hope will cause us to lose our momentum for change, that those in power will stop taking us seriously if we breathe for but a second. It must not be that bad, they’ll say, if they see us smiling or taking time off. If they see us celebrating a small victory, they may check that box off their list of campaign promises and dismiss the rest of our lifelong battle.

We are afraid that hope will distract us from the movement, from the urgency of the crisis.

And yet, ironically, hope is the very thing we need to make change happen. Hope is our antidote to apathy.

It does not distract. It fuels.

Last week, I was talking to my friend Steph about how much the repression of my innate optimism over the past decade has affected me. I confided in her about the vulnerability I feel when I am openly hopeful in this era of chaos and crisis. And I told her that recently I’ve noticed that I’ve been invited, little by little, to hope a bit more.

She pointed out that perhaps I am now allowed to hope because I have proven myself “legitimate” in the eyes of our quantitative society. I now have letters behind my name, years of field experience, and accolades. In a way, I can rationally defend our “right to hope” and reassure my colleagues that it is OK to do so. 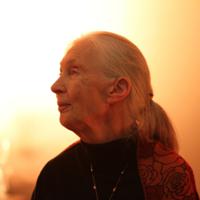 It is not just OK. It is necessary.

I no longer shut up. Because the world needs more chronic hope, more mid-race celebration.

So, this is for you, my dear friend, who no longer remembers the purpose of hope.

It is the commitment to believe in humanity. To believe that we’re not simply a cog in a machine that can’t be redirected. We made the screwed-up machine; we can fix it, too.