As a retired English teacher, I admit it: my language has been obsolete for decades. It’s like the room-size computers of the 1960s, if those computers had been steam-powered.

Much of the English language’s power stems from its promiscuity and love of novelty. English has never encountered another language without enjoying at least a one-night stand and coming away with delicious new words: sauna, pajamas, bungalow, kayak, moccasin.

And English itself is the bastard child of the incestuous family of Indo-European languages: Latin, Danish, Frisian, and French are in our DNA.

But we’ve also inherited a lot of tchotchkes, decorative but useless knickknacks from our great-grandmothers’ side tables and mantelpieces. We really don’t need them, and they often clash with our Ikea decor, but we’re stuck with them, like the old family photos of great-grandma when she was a little girl in the lap of a now-nameless great-great-grandma, with her bearded husband glowering beside her.

Among these tchotchkes (to mix my metaphor) is a weedy garden of terms surviving from the dawn of the Industrial Revolution and even earlier: words and phrases our ancestors coined for the new technologies they’d invented, which gave them a temporary mastery of the world.

Consider, for example, the terms we’ve preserved from ancient British terms of measurement that we pretend we’ve abandoned. France imposed rationality with the metric system, and we Canadians pretend to respect it while still reserving our true love for Imperial measurements.

“Give him an inch, and he’ll take a mile,” we warn one another. “Give him 2.54 centimetres and he’ll take 1.609344 kilometres,” admittedly, lacks the monosyllabic punch of the obsolete expression.

The mile, of course, comes from the Latin “mille passus” or thousand steps. Roman highways had milestones, and we now use the word to mean a significant achievement, just as we use “yardstick” to measure progress. And while we disobey speed limits posted in kilometres and put expensive litres of gas in our cars, we still groan or brag about our vehicles’ “mileage.”

As a young man I gloried in being six foot two. Age and spinal compression have reduced me to an undignified six-footer. But if I described myself as a 1.8288 meterer, I doubt that you would grasp how far I have sunk.

And if I didn’t like you, I could once refuse to touch you with a 10-foot pole. Now it should be a 3.048-metre pole, which doesn’t convey the intensity of my disgust.

A news report the other day told us that U.S. special counsel Robert Mueller penned a letter to Attorney General William Barr. Mr. Mueller may have sketched out his points on paper with a pen of some kind, but we can be sure that the document Barr saw was generated on a keyboard before being personally handed to him or simply sent by email.

Almost no one uses actual photographic film these days, whether for snapshots or movies. But we still talk about “filming” a movie or event. Even videotape, which seems like a recent innovation, is dead tech; so, when we “tape” a show, rest assured we’re not doing so on our trusty Betamax.

I can remember listening to my own voice on early tape recorders. But we don’t use tape to “tape” interviews any more, and we don’t need to “wear a wire” to clandestinely record a conversation. Before the advent of tape itself, we had phonographs. If the needle wasn’t “in the groove,” you could damage the record. With the vinyl revival, we’ve got our groove back and all is groovy again.

Manuscripts were once literally cut and pasted; retyping text was too time- and labour-intensive. And half of one of my novel manuscripts disappeared in transit from Vancouver to New York; of course, I’d made a carbon copy, which everyone did in those days. 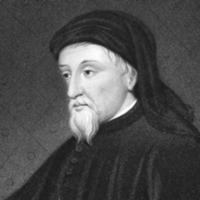 Is English a Dying Language? Of Course

You could even buy pads of typing paper with carbon paper interleaved so you could make two or three copies as you pounded your IBM Selectric typewriter. I bought my Selectric in 1980 for $3,500 in 2019 dollars.

Speaking of communications technology, why do we still say that our phones are “ringing off the hook,” when phones haven’t hung on hooks since maybe 1945? Telegrams, the email of the 19th century, have been obsolete for decades. Yet we still complain that someone is “telegraphing his punch,” making it too obvious what’s coming next.

We’re also curious to know what makes someone “tick,” as if they were Tik-Tok, the clockwork man of Oz. When something goes smoothly, we say it went like clockwork — forgetting that old-fashioned wind-up, spring-driven clocks were annoyingly slow or fast.

Horses were the greatest non-human source of transportation power from the Bronze Age to the dawn of the 20th century. So it once made sense to use “horsepower” to define the work that could be done by a steam engine or internal combustion engine. But does it make sense to describe a 2019 Tesla Model X as having 518 horsepower?

It certainly doesn’t make sense to say that some political campaigner is “running out of steam,” when no campaign has used a steam locomotive since perhaps the early 1950s. An underfunded politician can still “run on fumes,” presumably of gasoline, but gasoline vehicles will be as rare as covered wagons by 2040 or so. (And even then, a politician under attack will “circle her wagons” as if it were 1852 on the Oregon Trail.) 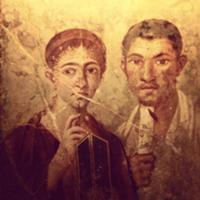 Other 19th-century technologies still infest politics: we say a politician is “in the limelight,” when this crude form of projecting a spotlight on a stage was obsolete over a century ago. And gaslighting, inspired by a 75-year-old movie set in the 19th century, is now all-too-current a term for deliberate lying and manipulation by politicians.

Computers have aggravated our fixation on the past. Apple stole the word “icon” from Orthodox Christianity and used it to describe skeuomorphic dead-tech images: quill pens and typewriters for word processing, postage stamps for email, and trashcans for unwanted files. (And when you “scroll” down a page, you’re reverting to ancient Greek and Roman information technology.)

Apple’s design gods have decreed an end to such literalism, but it’s likely to return — perhaps with images of laptops and smartphones when our computers are embedded in our eye sockets, ears, and fingertips.

The technology that now rules us will one day be obsolete, but perhaps vestiges of it will survive in 22nd-century English. When we beam information directly into one another’s brains, we may still pretend we’re seeing it on a “screen.” When air travel is mercifully obsolete, we may “click” ourselves to Bali by teleportation. Young people, checking out potential partners, may observe of some attractive person (on a channel they hope hasn’t been hacked), “They can friend my brains out anytime.”

Their brains, AI-enhanced by nanotechnology, may then interrupt and order the youngsters to go home and reboot: “Tomorrow is another download, dear.”