The 2016 list of banished words is out, and they certainly deserve banishment. But the English language — at least the English I learned in the mid-20th century — has much graver problems.

In hindsight, that dictionary may have done more to bring on the 1960s and the “Me Decade” of the 1970s more than LSD or the Vietnam War. The principle of Webster’s was “Do your own thing,” not “Do what I tell you to do.” While it scandalized prescriptivists, it liberated everyone else.

But it didn’t quite liberate me or my generation. We’d gone to school in the 1940s and 1950s, when “correct” English was drilled into us. By Grade 8 or so, I could diagram a sentence on a blackboard like any other junior-high grunt. Breaking down a sentence into its parts was just a necessary skill for a mid-century kid, like dissecting a frog or stripping down a rifle.

But when I stumbled into teaching English in Vancouver’s early community college system in 1967, I found myself at a loss. My students were just a few years younger than I, Canada’s first baby boomers. But they seemed innocent of “correct” English as college students should understand the term.

So I spent the next 40 years or so teaching adults what I’d learned in junior high, and watching their eyes glaze over as I tried to explain pronoun case, subject-verb agreement, and the difference between “lay” and “lie.”

I was not alone. Twentieth-century English was under siege from 1970 on. Usage experts like William Safire and Edwin Newman fought side by side on the battlements against the barbarians. I stole their stuff to use as handouts, and it seemed to work.

“Correct” English has always been the language of the rulers. Mark Twain shocked the world by writing good fiction in the dialect of small-town Missouri in the 1840s; in effect, like John the Baptist, he was prophesying who the new rulers would be.

And so it came to pass that generations of American, British, and Commonwealth writers turned their local dialects into literature, and the popular language (once known as the “vulgate”) moved from the street to the printed page. By the early 20th century, the English of serious discourse was “incorrect” by the standards of the 18th century. And by the time my generation entered university in 1958, our professors — trained just a decade or two before — considered us semi-literates at best.

We couldn’t argue with them. Like lower-class dialect speakers everywhere, we could understand the dialect of our betters. But we were as uncomfortable trying to speak and write it as Eliza Higgins, the Cockney girl in the Broadway hit My Fair Lady, who learns how to speak English like a Mayfair lady. 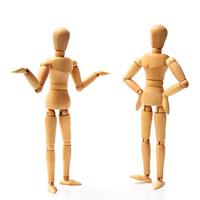 But the English teachers of my generation tried to speak and write “Standard English.” We mastered a lot of it, and tried to pass it on to our students. We failed.

The kids were already immersed in what second-language teachers call a “hostile language environment.” Vernacular English was thriving in pop music and movies like a well-fed puppy, and making similar messes on the carpet. Our efforts to defend subject-verb agreement or “It is I” instead of “It is me” went nowhere.

In some ways I don’t much care about those failures. The struggle to maintain any given dialect is also a struggle by its speakers to maintain and extend their power. But no one rules forever, least of all by imposing arbitrary rules about “i before e except after c.”

So Standard English is beating a retreat into the print media, becoming a literary language increasingly removed from the English of speech and social media — where correcting someone’s spelling or grammar is seen as trolling, if not a human rights violation.

Even in print, errors are creeping in as publishers save money by firing copy editors. Novelists publish good stories that also reveal the authors’ ignorance of “who” and “whom.” Journalists — anxious members of a precarious and much-murdered profession — have more to worry about than subject-verb agreement or “might have went.” When readers don’t care if it’s fake news as long as it’s good fake news, “standard” usage is less than irrelevant. 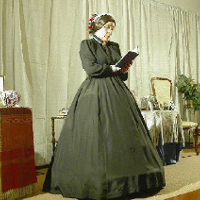 For today’s and tomorrow’s English teachers, new opportunities and threats beckon. They’ll write textbooks that junk the old rules and promote “you get the idea” as the key principle. Packing the maximum punch into 140 characters will be a popular lecture topic, with the tweets of Donald J. Trump coming in for the kind of analysis once given to Charles Dickens or Ernest Hemingway.

If 20th-century English survives at all, it will be like Latin, as the ceremonial dialect of a priestly class. But its multiple dialects will also mutate into whole new languages, and at some point those languages will develop their own literatures — whether on paper, or screens, or scratched in the mud with a sharp stick. New words will emerge, or be borrowed from other languages; it will be possible to express complex and nuanced ideas that 20th century English could not.

And the people who teach those new languages will despair of their students’ ungrammatical mumblings and wonder why standards have fallen so badly.