Many of us know that Calixa Lavallée composed the music for O Canada; few of us know he was a brilliant musician, a performer as well as a composer, whose life foreshadowed modern North American pop culture.

Broadcaster and music critic Robert Harris — best known for his brilliant conversations with Michael Enright on CBC Radio’s Sunday Edition — shows us a complicated man whose national anthem was a minor part of a prolific career.

Lavallée was a talented kid born in the wrong time and place: 1840s Quebec, which had little interest in music or musicians. Still, at age 10 he was playing the organ in the church at Saint-Hyacinthe, while also playing several instruments in his father’s band. In 1855, at 12, he went to live and study music in Montreal. Years of private lessons prepared him for his first piano recital at 16, and a second a few months later for the St. Jean Baptiste Society.

He could have stayed in Montreal, playing poorly attended recitals and teaching music for small fees. Instead, he took off to the U.S. for a decade performing in blackface in minstrel companies.

Harris teaches us a lot about “minstrelsy.” It was racist entertainment, all right, but more than that. It didn’t come out of the slave-owning South, but out of the industrial North. Minstrels only pretended to be Southern; Lavallée changed his name to Calixa to sound vaguely Cajun.

The performers were young working-class New England white guys, just one class step above the black people they parodied, and their pretended blackness let them satirize the white upper classes as well. Minstrelsy was down-market pop, like Chuck Berry and Elvis circa 1955, and equally subversive.

For Lavallée, it was an opportunity to master popular music in a hurry. He not only played several instruments, but he also sang and danced — and composed miniature operas that parodied the European opera hits of the day. He was a success, and must have had a lot of fun travelling all over the U.S. He was certainly making more money than he would have by staying home.

But the country tipped into civil war. Instead of going home, Lavallée signed up with a Rhode Island regiment as a bandsman. Here again Harris makes an important point: music recruited soldiers on both sides, and accompanied them into combat. He quotes Confederate General Robert E. Lee as saying, “I don’t think we could have an army without music.”

Thousands of Canadians like Lavallée fought in the Civil War (mostly for the North), just as thousands more would fight in Vietnam. Somehow he survived the Battle of Antietam, where over 22,000 Americans died in a single day in an awful foreshadowing of the First World War. But he was wounded, and mustered out after he recovered. He went back to being a minstrel, roaming the U.S. North and Midwest and Canada.

His minstrel career reflected something about North America in those days: Canada wasn’t even a nation, just a collection of colonies. French Canadians had flooded into New England to work in the mills, ignoring a border that meant little to them. They saw themselves as an ethnicity, not as a nation with their own territory and state.

So Lavallée felt as at home in the U.S. as any snowbird, but in 1873 he tired of being a blackface minstrel, returned to Quebec, and changed his life. He also buried his background by lying about what he’d been doing in the States since 1859, and then took off to study music in Paris. His piano teacher there, Antoine-François Marmontel, was also teaching teenagers Isaac Albéniz and Claude Debussy. 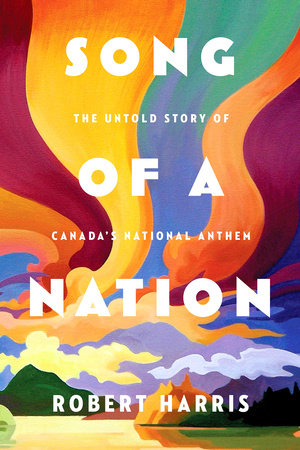 Returning to Quebec in 1875, Lavallée became the province’s best musician: a performer, conductor, teacher, choirmaster and impresario. He lobbied the government to create a music conservatory to build the foundations for a real musical culture. To prove his point, he staged two French operas using mostly local amateurs; both were big successes.

Neither the provincial government nor the conservative Catholic Church was supportive of the idea, however, and Lavallée incurred some heavy debts in staging the operas. Determined to promote the conservatory, he composed an original cantata in honour of the new governor-general, the Marquis of Lorne. Performed in 1879 in Quebec City, it was a huge hit. But it was another flop for Lavallée: the government was still uninterested in a national conservatory, and he’d run up more debts in organizing the cantata.

The next year, however, the St. Jean Baptiste Society planned a huge international convention of French-Canadians. The society wanted a “national hymn” for Quebec: “a special kind of song that would do what all national anthems do — celebrate and immortalize a people, a nationality, and a culture, and cement a political reality.”

Lavallée, just a couple of months before the event, took weeks to compose the music. He played it for his lyricist, an amateur poet, Adolphe-Basile Routhier, who wrote the four verses that same night. As a Laval University student described an early performance: “I felt transported to Strasbourg, the night when Roget de l’Isle played and sang ‘La Marsellaise’ for the first time.”

The French version remains unchanged after 140 years, despite the conservatism of its lyrics. Harris describes how the anthem was at first successful, and then forgotten: “After its portentous debuts in June of 1880, it virtually disappeared in Quebec for almost 20 years. Calixa Lavallée had been dead for close to a decade before ‘O Canada’ began its ascent into our consciousness, in both French and English Canada, as the song of our nation.”

After yet another successful flop, Lavallée left Quebec a few months later for the U.S. and never returned. As he wrote to a friend, “An artist is not meant to rot in an obscure place and especially not in an even more obscure country.” Countless Canadian emigré artists would have known exactly what he meant.

Lavallée died in 1891, perhaps of throat cancer, after a successful decade in Boston where he promoted the cause of professional music as a composer, performer, and educator. Gradually, “O Canada” gained new attention, for reasons Harris explains in a chapter of brilliant musical analysis: a serene, almost religious opening, a sudden shift to a military march (“With glowing hearts…”), and then a third section that merges the hymn and march.

In a kind of ironic cultural appropriation, English Canada stole Lavallée’s Quebec hymn and then quarrelled for years about the right English lyrics. Then it quarrelled for decades more about making it the national anthem and with what lyrics, while it gradually lost favour in Quebec itself to “Gens du pays.”

Well, we have it now, and it’s a damn fine piece of music. Robert Harris has given us a damn fine book about it, a book that tells us more about our anthem, and ourselves, than we may be quite prepared for.