This is most important political book to appear in Canada for many years. 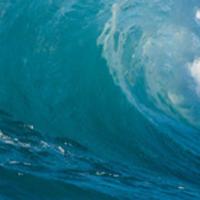 The Big One Here

Jerry Thompson, a longtime journalist, doesn't say much if anything about politics in his new book. But the political implications of his book, for Canada and the United States, are inescapable.

Thompson tells the story of the Cascadia Fault in part as a journalist's autobiography: He's been dealing with geology stories since Mount St. Helens erupted three decades ago. And the professional geologists, we learn, aren't that far ahead of him.

Half a century ago, "continental drift" was still considered a crank theory. J. Tuzo Wilson and others demonstrated in the 1960s that plate tectonics really does drive the continents around the planet, but it took a couple of decades for scientists to absorb the implications. Thompson documents that slow process as geologists began to tie events together: the 1960 Chile earthquake, Mount St. Helens, the Sumatran quake and tsunami of 2004.

Plate tectonics predicts frequent and enormous "subduction quakes" as the sea floor gradually pushes under the edges of the continents, forming deep trenches. But no such quakes have occurred in the Pacific Northwest since Europeans arrived, and the Juan de Fuca plate didn't seem to have formed an undersea trench.

So geologists assumed that the long fault offshore was somehow locked from Vancouver Island to Cape Mendocino. This region seemed to be a special case, exempt from disastrous "megathrust" earthquakes.

But as Thompson shows, evidence began to accumulate. Along the west coast, researchers found beds of sea grass buried under layers of sand so quickly the grass hadn't even rotted. A grove of ancient cedars stood dead, killed by salt water. The trench was there after all, blanketed in mud and sediments. Cores, taken all along the coast, showed that enormous mudslides had swept down undersea canyons almost twenty times -- simultaneously.

The only explanation was a series of mega-thrust quakes caused by Cascadia's fault. Far from being exempt, the Pacific Northwest suffers chronically from 9.0-level quakes. The clincher came from Japanese records of a tsunami without a local quake. The tsunami, we now realize, occurred on the Cascadia fault on the night of Jan. 26, 1700.

So we have begun to understand our situation only in the last 20 years or so. If a Cascadia mega-thrust quake had arrived in 1960, we literally would not have known what hit us.

Thompson's book is a clear, concise history of recent geological findings, complete with interviews with the scientists who have made that history. He doesn't speculate much. He prefers to set out the narrative, explain the concepts, and point out the need for personal preparation.

In effect, he says, the next Big One will paralyze most government services from Haida Gwaii to Cape Mendocino. Most of us will survive, but we will be on our own for days to weeks or even longer. It will be more like Haiti than Japan.

This is where Thompson's book becomes politically seismic. He has the evidence for an inevitable magnitude 9 mega-thrust quake somewhere off our coast. For up to five long minutes, it will shake Victoria, Vancouver, Seattle, Portland, and even Sacramento. Within a few minutes, tsunamis will race out up and down the coast and across the Pacific.

Nothing in Canadian or U.S. history has prepared us for such an event -- not even the San Francisco quake of 1906. Even the March 11 disaster in Japan is no guideline, because the Japanese are used to quakes and have taken steps to reduce their impact. The whole population is used to quake and tsunami drills. Building codes ensure that high-rises may sway, but they won't fall.

Even so, Japan's government is staggering through the aftermath. Scores of thousands are still sleeping in high school gyms. Thousands more are dealing with post-traumatic stress disorder, unemployment, and a host of other sorrows. The failures of Tepco, the corporation that owns the Fukushima nuclear plant, have undercut the legitimacy of the Japanese social order. The quake has pitched the country into a worsening recession.

Now imagine B.C. after the next 9.0 quake. Old school buildings, not yet retrofitted, have collapsed on thousands of children. Blizzards of broken glass have fallen into the streets of the West End. High-rises and townhouses in Richmond have toppled into the liquefied soil of the Fraser Delta. Vancouver International Airport is a salt marsh. Fires are breaking out everywhere, but water is gone. So is electricity.

Several 10-metre tsunamis have swept into Victoria harbour, carrying yachts and tour buses up Government Street or into the legislature. Port Alberni has been hit, much worse than in 1964. It's no better south of the border, where Seattle and Portland are in ruins.

Almost no one can respond. The army's in Afghanistan, the fire halls and police stations are wrecked, and the paramedics can't get anywhere because the streets are full of rubble and corpses.

We Canadians are not a stoic people. If our kids are buried in rubble and we can't get to the hospital because the bridge is down and the hospital has collapsed anyway, we will make someone pay for our grief. We won't say it's Cascadia's fault; we will blame our politicians.

So it is very much in our politicians' interest to read Jerry Thompson's book as a Dummies' Guide to Disaster Survival. Usually they look no further ahead than the next election, if that. They assume the status quo will last forever. If they think about disasters, they prefer to bet that at worst, Cascadia will happen when the other guys are in power.

Thinking about the unthinkable

Voters don't like to think about future trouble either. Some of us base our retirement plans on winning the lottery, and the whole premise of "progressive" politics is that life should always get better. Tsunamis and earthquakes happen to other people far away.

But some parties, provincial and federal, might actually treat the voters like adults. They could build their platforms around planning for the inevitable catastrophe: tougher building codes, trained citizens, stronger emergency infrastructure, and financial reserves to cover the economic damage. When elected, they would carry out their platforms.

Economist Paul Krugman calls government "an insurance company with an army," chiefly concerned with supporting and protecting people. Politicians who understand that could save untold lives and wealth by consciously planning to minimize catastrophe.

We are preparing to spend hundreds of billions on jet planes that might some day fight the wicked Russians over the ice-free waters of the Arctic Ocean. Why? To protect Canadians from some undefined and unlikely disaster.

Instead of this halfwit science-fiction scenario, we could invest a fraction of those billions into making sure that we who live in Victoria and Vancouver survive a disaster that is demonstrably inevitable, not fiction.

Disaster preparation would be a policy for more than just coastal B.C. All over North America, climate change is triggering forest fires, floods, and droughts. We will live with that prospect for the foreseeable future.

As Jerry Thompson shows, even our scientists recently assumed that we were somehow exempt from such catastrophes. But when the evidence overthrew their assumptions, they changed their minds. We should be able to do the same.