It sure feels like the end of days for the American empire. And nothing carries this feeling home quite like Steven Soderbergh’s ode to redneck culture, Logan Lucky.

The film heralded Soderbergh’s return to the big screen after a retirement of sorts. As such you think it might warrant a bit of excitement, but the reaction has been decidedly tepid, like warm beer on a hot night. All the elements are there, big ol’ stars like Channing Tatum, Daniel Craig and Adam Driver. The actors trot out their cornpone twangs, and there’s plenty of John Denver warbling out of beat-up pickup trucks. The flesh is certainly willing, but the spirit is weak, and one gets the sense that there is something rotten in the heartland.

Times are hard in Boone County, West Virginia. Jimmy Logan (played by a thick slice of Channing Tatum) is working in the mine, taking care of his sassy daughter Sadie, and fighting with ex-wife Bobbie Jo (Katie Holmes). In his downtime he hangs around with his brother Clyde. Clyde (Adam Driver) has his own issues to deal with; the man lost his arm to a roadside bomb in Iraq and now works as a bartender at the local bar, pouring drinks for assholes.

In the film’s opening moments, just about every cliché about poor white folk is poured over the proceedings, thick and sticky as syrup, from the JonBenét style beauty pageants to the Daisy Duke shorts and boots ensembles sported by Logan’s youngest sister Mellie (Riley Keough, the granddaughter of Elvis and one-time stepdaughter of Michael Jackson, naturally). It’s a veritable museum of hickdom. So what gives, one may wonder? Has Soderbergh simply swapped out the laddish cads from Ocean’s Eleven through Thirteen for rubes and boobs? And if so, where’s the fun in that?

Curiously enough, although the film makes its protagonists out to be dumb as tree stumps, the brothers aren’t quite as clueless as they first appear. Certainly, they were born unlucky. A curse follows their family around like a bad smell – with stories of lost lottery tickets, early deaths and bad fortune aplenty. But the Logans are not quite licked yet.

When Jimmy gets laid off from his shitty job at the mine and threatened with a custody war, he makes a brisk robbery to-do list and enlists the help of his brother and sister to make off with a wad of cash from the Charlotte Motor Speedway. The other half of the gang of would-be robbers is made up of Joe Bang (Daniel Craig) and his brothers Fish (Jack Quaid) and Sam (Brian Gleeson), who may as well be dubbed Wingus and Dingus, such is their certified bone-headedness. Joe Bang is another matter, however, and Craig plays him with a maniacal glee that borders on the effervescent. If nothing else, see the film for Craig’s portrayal of pure larcenous joy. It is a thing of beauty, as white hot as his livid blue eyes.

The intricate noodles of the plot don’t make a great deal of sense, but you can let them roll over you with nary a worry, as it all matters little. Seems there is a lot of cash flying around in vacuum tubes under the speedway, from beer and hotdog sales. The money is collected in a central vault, and all that is required to access it is Joe Bang’s expertise with explosives and a byzantine number of small details, including stolen cars, distracted cops, and numbskull security guards. It all bumps along until it reaches the height of the action at the Coca-Cola 600, one of the biggest NASCAR events of the season. Then something weird happens.

All holy Americana breaks loose, like a million July 4th nights exploding in orgasmic simultaneity. There are fighter jets roaring by in formation, enormous American flags snapping crisply in the wind, and little LeAnn Rimes scraping her tonsils over America the Beautiful like the state of the nation depended on it. The scene comes almost out of nowhere and is played with a surprising amount of seriousness. There are no snide asides or heehaws over the red state folk getting their nationalism on. It is straight up My Country, ‘Tis of Thee. It is so insanely over the top that you can’t help but weirdly respect it.

But the film wants to play it both ways, to celebrate the glorious grandiosity of American self-love and also to reveal the cost of such bloated hubris. Underneath all the hands on hearts stuff, the genuine decline and free fall of the U.S. is readily apparent. It’s there in the various bits of information that slide in sideways, almost unnoticed at times – polluted waterways, inadequate or nonexistent health care, overstuffed prisons, and of course never-ending wars that are largely fought by the poorest and most disenfranchised. Add in the highly visible hand of corporate monstrosities that eat money and poop out energy drinks emblazoned over every available inch of the NASCAR drivers, who might as well be walking, hawking billboards, and you get the current state of the United States.

It is a decidedly strange moment, compounded by the fact that poor white folk are not as charming or innocent as the Dukes of Hazzard once made them out to be. There are also few people of colour in Logan Lucky, except in jail. The issue of race is one thing, but the other is that of class, the great white elephant in the room. Here is where things get extra sticky.

After the heist, the boys go back to their lives. The Feds (played by Hillary Swank) come sniffing about but can’t prove anything. The film’s pivotal scene happens almost casually, a throwaway bit of dialogue that only rankles afterwards. One of the NASCAR corporate suits blithely informs the FBI that they don’t know how much money was taken during the robbery, and they don’t really care. Insurance has taken care of the loss, and in the end everyone gets paid. If ever there was a metaphor for the American cultural juggernaut, it just might be NASCAR. “NASCAR is America!” says one of low-rent gang members. The cars go round and round in an infinity loop of profit, and the money pours in like water.

In any good heist film it’s natural to root for the underdogs, and Logan Lucky is no different. But something is off. Maybe because the folk being robbed don’t seem to care, and the people doing the robbing don’t get much out of it either. In the end, the money just keeps doing one big slow loop around the track, and everything stays the same. If you’re looking for a revolution you will not find it here, nor seemingly anywhere in pop culture at the moment. 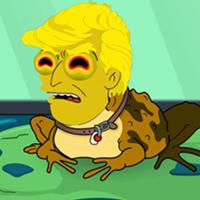 Only Fiction Can Help Us Understand ‘2Q17’

It’s been a strange summer on that front. A recent article in the Vulture summed it up quite perfectly. Rome isn’t burning so much as underwater, and slowly, inexorably coming to pieces, no matter how many military jets and marching bands, fast cars and giant boobies that you throw at it. What to do in such a moment: sit back and warm your hands on the flames, or look around for some other explanation for the state that we’re in? A more curious take on class warfare erupts all over the place at the Cinematheque with a program dedicated to the films of Lina Wertmüller.

The most infamous of Wertmüller’s films is Swept Away, a nutso take on class, socio-economic power and gender politics. Forget the horrific Madonna remake; the original film still wields an interesting edge. In quick summation, the plot concerns a wealthy capitalist and poor communist who are accidentally stranded on a desert island. She is beautiful and pampered, he is proud and macho, and after spending the bulk of the film torturing each other, naturally they fall in love. In amongst all the violence and sex in the sand, the couple talk politics and class in blunt, often obscene fashion, and it is weirdly refreshing to simply hear it spoken out loud instead of buried in sentiment and satire, like Soderbergh’s film.

There is no escape, and in the end, capitalism will have its way with you. Love staggers and falls in the face of it, and nothing, not family, creed, or country can resist. The final scene in Swept Away makes this horribly clear. It is depressing as hell, but at least it’s honest.