The quickie presidential campaign book has been a classic American genre ever since Theodore White founded it with The Making of the President 1960. White delivered the private side of a public campaign, the quarrels and intrigues of the campaigners themselves, with snappy and irreverent writing leading up to election day and a climactic victory by John F. Kennedy.

Jonathan Allen and Amie Parnes are working in the genre, but with a switch. In Shattered: Inside Hillary Clinton’s Doomed Campaign, they track the loser. As co-authors of an earlier book on Hillary Clinton, they were well equipped to cover her historic campaign, and they must have expected it to be a chronicle of triumph. Instead their sources gave them alarming reports of confusion and intrigue in the Clinton camp.

The sources are both the strength and weakness of the book. Many of them helped Allen and Parnes in writing their earlier book on Clinton, but few were willing to be named for fear of reprisals.

That helps to explain why Clinton seemed assured of the nomination: Many Democrats didn’t dare support anyone else. The party, in this book, is anything but democratic; it’s a court of factions, served by mercenaries who sell their electioneering skills.

The key mercenary in Clinton’s campaign was Robby Mook, the campaign manager and a specialist in “analytics” — identifying supportive voters and ensuring they turn out on election day. Still in his mid-30s, Mook hated to spend a dollar on door-knocking and front-porch persuasion. He ignored the “blue wall” of solid Democratic states and focused on possible swing states.

Others were in campaign jobs thanks to long and loyal service to the Clintons, and they often disagreed with Mook and with one another. Having lost to Barack Obama in 2008, Clinton had designed a new team that still had problems with lines of authority and transparency. Dissenters had to shut up or be shut out. The campaign was improvised almost from the start.

Why did she want the job?

One critical problem emerged early, according to Allen and Parnes: Clinton couldn’t explain why she wanted to be president. Sure, she’d had a remarkable career as first lady, senator, and secretary of state. But if she had a vision for her country, she couldn’t articulate it. It seemed to boil down to breaking women’s last barrier to social mobility, the glass ceiling between her and the presidency. But the book fails to convey much of her personality. If we know too much about Trump, we know too little about Clinton.

Whatever her true motivations, they pushed Hillary Clinton, at most people’s retirement age, into a costly and exhausting fight for the presidency. You could call it the boomers’ last hurrah: Clinton, born in 1947, had to beat war-baby Bernie Sanders, born in 1941, and then contest the election with Donald Trump, born in 1946.

The Clintons, like Trump, had surfed the leading edge of the demographic wave that has ruled American culture and politics since the 1960s. The postwar golden age had offered unimaginable social mobility to kids whose parents had barely survived the Depression and the Second World War — kids like Bill Clinton and Hillary Rodham. Bright and ambitious, they embodied the American dream of success, defined as fame and wealth.

Then the golden age turned into a Gilded Age of an ever-richer one per cent and an ever-poorer 99 per cent. Trump and the Clintons are very much one-per-centers. As such, they live profoundly segregated from the 99 per cent.

Trapped in the 20th century

Both candidates now seem trapped like flies in the amber of the late 20th century. Canadian pundit Paul Wells has noted that Trump seems not to have noticed any changes in American life since the 1980s. His U.S. is still running on coal and suffering rising crime rates. Meanwhile, the Clintons and their backers knew how they’d won power in the 1990s, and thought they just had to fight the last war to win once again.

Insulation from the country that helped you succeed can come with a high price. Allen and Parnes quote Clinton as saying she didn’t understand what was going on in America. For years she had talked mostly with equally insulated donors, and had avoided mingling with ordinary citizens. She had been busy giving speeches on Wall Street for huge sums, and somehow had come to believe that doing government business by email on a personal server was all right. And she would have been right, if she hadn’t decided to run for president.

Trump was equally insulated, but with his instinct for showbiz he understood the level of discontent in the country. And he had the guts to break all the genteel rules of campaigning. He knew that whatever he said about crime, Mexicans, and terrorists had already been muttered in millions of American households. So he came across as a breath of fresh air even as he scandalized the media and the world. Even now, over 100 days into his presidency, we wake up both anticipating and dreading whatever he’s tweeted about overnight. 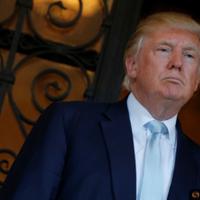 The Dubious Legitimacy of Trump’s Presidency

Donald Trump is an ironic vindication of the myth that anyone can become president. Hillary Clinton endorsed that myth in her concession speech when she urged all the little girls to keep their hopes up. But neither candidate warned that seeking the presidency would require sealing oneself off from the people one aspires to lead.

This book poses problems for future candidates and their campaign staff. The candidates will likely be millionaires. They will understand the perils of being insulated, but mingling with the working class will be way outside their comfort zone, as it was outside Clinton’s. Trump (whatever his fate by 2020) will have set a dangerous example of the success that can come from following the demagogue’s road.

Hillary Clinton, on the evidence of Shattered, didn’t deserve to win. Neither did Trump, or Sanders for that matter.

But Trump was right about one thing: the election was rigged — not just by the Russians, but by the elites that have run the United States since at least Ronald Reagan. Until the whole American electoral system is overhauled, it will be a democracy in name only.