As newspapers abandon journalism, the book trade is increasingly picking up the slack with two Vancouver publishers delivering a pair of good reads in the much-neglected field of arts writing. 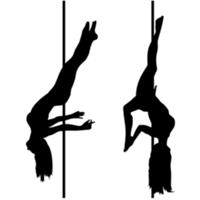 Ballerina: Sex, Scandal, and Suffering Behind the Symbol of Perfection by Deirdre Kelly is a glimpse into the scandalous world of the tutu set, beginning with the beginning in the 17th century French court. The Opening Act: Canadian Theatre History 1945-1953 fills a huge gap in our history that exists largely because it is "common knowledge" that there was no such thing as professional theatre in Canada before the launch of the Stratford Festival. Not so, writes Susan McNicoll, who details the early professional stages in the country's largest cities.

Kelly's Ballerina from Greystone Books is a delightfully gossipy investigation of legendary ballerinas that stretches back to the art form's unsavoury origins in the court of Louis XIV.

In the beginning, ballet was the purview of manly-men who translated fencing positions into social dance that doubled as the language of court intrigue. The Sun King was a dance fanatic who practised for hours daily and dispensed political favours to those with a nimble gavotte.

But as dance found a place in opera it became a performing art, and women acquired their own terpsichorean talents as a method for social climbing. The gifted ones became dancer-courtesans who solicited high-powered lovers to fund their art and ensure their rank in the theatre and society.

Most dance histories note these facts as dryly as possible, perhaps not wanting to give the baby bunheads any ideas. Not Kelly. She has an instinct for dirt and digs up detailed biographies of these women who traded charm, talent, and sex for a shot at upward mobility. She finds some wily celebrities who managed their personal brand as well as any modern-day Madonna.

While many of her patrons met with La Guillotine, she managed to escape the mob but died years later, broke and obscure. I know this sounds like a cautionary tale, but it reads as if she and all the danseuses of that era had a lot of fun before the peasants stormed the gates.

Far more disturbing is the post-revolutionary era when the Paris Opera was literally a brothel. The bourgeoisie lacked the sense of noblesse oblige that led royalty to protect the dancers, and wealthy industrialists who patronized the Paris Opera recruited poverty-stricken children to train as dancer-whores. For a fee, rich men were free to roam backstage and prey on desperate teenagers whose wages didn't cover the cost of their practise clothes, let alone the cost of living. Admission to the ranks of les petits rats -- as dance students at the Paris Opera are still known -- was attractive particularly because it gave girls who would inevitably end up as prostitutes access to richer men.

Kelly's tour of famous ballerinas takes us through the latter half of the 19th century when talented dancers moved east to the Russian court where the Tsars, like French royalty before them, were happy to patronize the arts as a reflection of their own sophistication. Audiences loved the spectacular, athletic works like Swan Lake and the ballerina regained some of her power and glamour as the mistress of kings. It might have all been Faberge baubles and palaces for the pointe-shoe crowd if it hadn't been for another revolution.

As delightful as the historical revelations are, the book stumbles when it gets to the contemporary era. There's nothing new in Kelly's look at George Balanchine's ballerinas in the New York City Ballet. We all know he changed the look of dancers -- favouring tall, long-legged whippets -- and famously turned his company into his own private harem. Several, including Gelsey Kirkland, got even by detailing his excesses in her two autobiographies and Kelly's rushed retelling doesn't do the stories justice.

The problem is that the stereotype of the ballerina as either perfect or a victim doesn't really hold past the mid-20th century, despite the melodramatic nonsense peddled by films like Black Swan. Most big ballet companies are unionized and the dancers are hardworking professionals. Even Kelly acknowledges things are changing, but she still tries to make her case by cherry-picking the facts.

As a former dance critic, Kelly draws on her own reporting of several high-profile firings in the Canadian dance world, and she might have done well to expand her research. She notes for example that Patricia Neary was fired as Ballet B.C.'s artistic director in its early days due to her "big mouth" being un-ballerina-like. Had she read the extensive news coverage in the 1989 to 1991 period, Kelly would have learned that far from being a victimized ballerina, Neary was accused by her dancers of acting a little too much like her former boss, Balanchine. One dancer even complained that she propositioned him, which she hotly denied. But even in 1990 it was clear that the ballet world no longer mirrored the royal hierarchy that inspired it.

Kelly also draws on her own clippings for another case that undermines her argument: the story of the National Ballet firing of star Kimberley Glasco in 1998. In that case it's a clear victory for the swans over the king: Kelly reports that Glasco won $1.6 million in damages, and cost the company in the neighbourhood of $1 million in legal fees to support then artistic director James Kudelka's ill-considered decision.

Despite a cursory and unsatisfying look at modern ballerinas, the book is well worth picking up for its lively take on the biographies of those early dancers, including the heartbreaking story of the 14-year-old who modeled for Degas' famous ballerina statue.

Show will go on

The Opening Act: Canadian Theatre History 1945-53, from Ronsdale Press, lacks the parade of scandal that makes Kelly's book such fun -- but there is a whiff or two -- and it will stay on bookshelves much longer.

Susan McNicoll spent the best part of a decade researching early professional companies, and the book is full of surprises. The cliché about Vancouver has long been that culture is underdeveloped, courtesy of the climate. But McNicoll shows that the land of skiers and sailors had a remarkably well-developed theatre scene before the cultural boom of the 1960s. The UBC Players launched in 1915 and the Little Theatre Association was founded in 1921. Radio drama was first produced in 1927.

The West Coast companies were particularly daring. Two of the book's chapters are devoted to Vancouver, and the history of Everyman Theatre (1946-53), Totem Theatre (1951- 1954), and the first incarnation of Theatre Under the Stars (1941-1963) paint pictures of actors with a taste for risk.

Everyman was a cooperative that is remembered for triggering one of the country's censorship scandals over their "lewd and filthy" production of Tobacco Road in 1953. McNicoll digs up newspaper reviews for the descriptions, and it does sound as if the Vancouver Police Department's vice squad may have been onto something when they arrested the actors.

The solid historical research on the theatres is punctuated with actors' anecdotes that read like a mini-series waiting to happen. As a co-op, Everyman had the performers doing the administrative work, like booking tours, which led to regular disasters. Using an out-of-date travel guide, actress Lois McLean booked them all into a hotel in Trail that turned out to be brothel. Touring through northern Saskatchewan, they landed in ramshackle houses so badly run the heat was off and the greasepaint froze.

A pair of actors -- Thor Arngrim and Stuart Baker -- had a knack for publicity that led the newly launched Totem Theatre to sold out houses right from the beginning. So savvy were these two that when they spotted the theatre was on fire, they called the newspapers before the fire department. They wanted to ensure that reporters and photographers got there first so they could cover the dramatic arrival of the fire trucks. Meanwhile the plucky performers kept rehearsing against a backdrop of smoke.

"…when they came and took pictures there was Phoebe Smith, the director, and all the actors standing in the middle of the theatre. We told the press, 'Oh yes, the show will go on.' So we had all that fabulous coverage," Arngrim recalls.

Of course, there are also tales of the critics, one of whom didn't always see the plays she reviewed. Vancouver Sun critic Ada McGeer was known to just ring up her actor pals, get a description of the play, and take their word for whether the show was good. I'd be tempted to joke that the more things change, the more they stay the same, but I'm reasonably certain most critics now actually attend their friends' shows before penning a gushing review.

McNicoll has a nice eye for the details that make the past relevant to a contemporary audience and the book has none of that dry-and-earnest tone that infects too many histories. The problems the actors faced feel surprisingly current -- like the shortage of venues in Vancouver, which helped kill Totem Theatre. And today's theatre producers will undoubtedly feel the pain of their predecessors who wanted to do Art and found that audiences preferred cheesy musicals and yet another production of Noel Coward's Private Lives.

While many of the movers and shakers of the day are now forgotten, these early companies gave opportunities to some well known names including Dorothy Somerset, Joy Coghill, and a young Bruno Gerussi -- long before TV's Beachcombers made him a star. TUTS pianist in the early 1950s, Doris Claman, is now better known as the composer of CBC's original Hockey Night in Canada theme. And Thor Arngrim and his wife Norma Macmillan went on to successful Hollywood careers -- she was the voice of Casper in the TV cartoon about the friendly ghost.

Vancouver theatre provides some of the wackiest tales, but the balance of the book is equally fascinating, covering professional companies that sprang up as early as the 1920s in Montreal, Ottawa, Toronto, and throughout southern Ontario. It also looks at the development of the Little Theatre Movement which, while technically amateur, helped develop talent that went on to professional shows. It's still going strong in companies like New Westminster's Vagabond Players, which launched in 1937.