Semantically speaking, going on a hiatus is a better decision for bands these days than simply breaking up. While on the one hand there's a wishy-washiness attached to the move, opting to skip over a firm goodbye for something less defined, it leaves getting back together a somewhat less cynical process in the eyes of the fans. If they never really called it quits, a wide-eyed optimist may conclude, then perhaps they're not doing it just for the money? Either way, the reunion market has been booming for years via tours and Coachella appearances. It's just easier to assume that any somewhat dormant band is on the cusp of a Phoenix-like return. 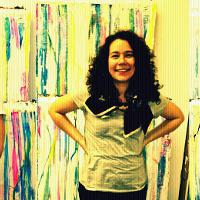 With this in mind, it looks like long-running indie rockers the Walkmen are going off the grid for the foreseeable future. Back in November, organist-bassist Peter Bauer confided in an interview that the band would be heading on an "extreme hiatus," noting "we have no future plans whatsoever." This came after a 13-year run that offered one of modern indie rock's most consistent catalogues. Take, for instance, the airy, wandering piano melodies of early cut "We've Been Had," or the primal drum throb and oozing organs that fuel the "The Rat," the band’s urgent, career-defining single from 2004's Bows & Arrows. Side-steps included the conceptual Pussy Cats, a cover of Harry Nilsson's LP of the same name, but 2012's Heaven was a graceful (potential) endnote mixing elements of folk with garage-lite arrangements.

While just last month the band got back together to play a charity gig in New Orleans, a series of upcoming solo debuts from its membership this spring suggest that we're not likely to hear anything out of the quintet proper any time soon.

First out of the gate will be vocalist Hamilton Leithauser, who issues his Black Hours on May 6. "Alexandra" is a romp that finds the frontman, his familiar tenor coming across as well-aged as a double shot of Auchentoshan, moving ahead with his best foot forward ("I don't think back, I don't need to"). While performed with a crack team of collaborators including Fleet Foxes/Cave Singers multi-instrumentalist Morgan Henderson, Richard Swift and Vampire Weekend's Rostam Batmanglij, Leithauser can't entirely quit the past and also brings out Walkmen bud Paul Maroon on guitar.

Bassist-organist Walter Martin, likewise keeps things in the family on We're All Young Together, due May 13, by featuring Leithauser, Martin's flesh-and-blood cousin, and Maroon. The album apparently began to take shape during the writing sessions for Heaven, as Martin's wife was pregnant with their first child. As such, he's dubbed the effort his "family record," as inspired by the sounds of early rock 'n roll. The first tease is "Sing to Me," a sleepy duet with Yeah Yeah Yeahs singer Karen O that's big on precious glockenspiel melodies and yodeled vocals.

Bauer's Liberation!, meanwhile, arrives last on June 24, and judging by first single "Latin American Ficciones," it could prove to be the best of the bunch. This may well be because the song takes the most Walkmen-eque approach, with its spacious, melancholy jangle and propulsive, minimalist thud appealing to anyone that's long worn-out the band's early Black and White 12-inch releases. The album marks both the first time the musician has written lyrics or sung lead vocals. A press release notes that it's "a collection of mostly autobiographical songs on the topic of belief and its various incarnations and phenomena," meaning it could be both a thinker and a heartbreaker.

Whether or not the Walkmen have been put to rest and sent to Heaven remains a question, but for the time being, the trove of upcoming solo sets should hopefully please the faithful.