When Apollo Ghosts broke up last year, I was crushed. The jangle-punk outfit had long been my favourite local band, and I wasn't the only one; the Ghosts packed out the spacious Rickshaw Theatre for their farewell show in May of 2013, and the night was a marathon love-fest replete with crowd surfing, multiple encores and stage-invading fans. 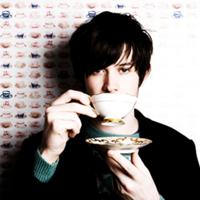 I needn't have mourned the group's breakup: it's now less than a year later and frontman Adrian Teacher and bandmate Amanda P. have already unveiled an album with another project. The newly-minted Cool -- which also features drummer Shawn Mrazek of the excellent Shawn Mrazek Lives! -- will officially release Paint with a show at Red Gate on March 22, and they've shared it online ahead of time.

Although two-thirds of the members are the same, Cool is a very different-sounding outfit than Apollo Ghosts. While the prior lineup favoured concise blasts of bubbly indie rock, with songs typically clocking in at two minutes or less, the new project centres around sprawling grooves. All eight songs last longer than three minutes, while two tracks reach the previously unthinkable five-minute mark.

Over the course of half an hour, lots of new sounds and influences work their way into the album’s surprisingly ornate arrangements. "Blue" is built on a funky pulse with echoing guitar textures, ascendant group harmonies and brassy horn blasts, eventually culminating in a jam between blippy synth and flute. There's an undercurrent of rap in the refrain of "Pink" -- the lyrics of which mostly consist of Teacher listing off things that are pink (Pepto-Bismol, ballet slippers, "truck stop waitress uniforms," etc.) -- and "Gold" is a cinematic acoustic anthem that John Cusack could have used to push product in High Fidelity.

By this point, you might have noticed that all of the songs are named after colours. This is partly due to the fact that the album was recorded at iconic local facility JC/DC Studios' new home in a converted paint factory. With the exception of the aforementioned "Pink," however, the theme is mostly a subtle undercurrent, and I'm not entirely sure how some of these songs are related to their titular hues. Take "Purple." The name is baffling, but it's still an absolutely gorgeous song laced with chiming post-punk guitars, bittersweet beauty, and surging rhythms.

I haven't yet seen Cool live, but knowing the charismatic Teacher as a frontman, I'm willing to bet that these new songs are even more energetic and impressive in person than on record. Apollo Ghosts may be gone, but thanks to Cool, many of the things I loved about the old band still live on.