Perhaps more than ever before, the music industry is riding a wave of nostalgia for all its worth. On the one hand, you have events like Record Store Day ramming "rare" represses down our throats of records that have only just barely cracked the 10-year mark (see the White Stripes' Elephant), while on the touring circuit, you're always hearing about past-their-prime acts getting back on the road for one last time. This year's big players include emo-leaning electro-pop troupe the Postal Service and (again!) Fleetwood Mac. 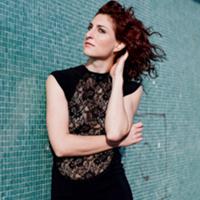 As for artists of the day, while there are no doubt many attempting to push genre boundaries, there's just as many who fall into a sort of 20-year-cycle. Just as '70s disco and punk seeped back into the '90s, or the dance-rock scene of the early aughties glanced back at the neon glow of new wave, there's a current crop of artists fixated on the music of the Bush-Clinton era.

Toronto's Metz, for instance, is reliving the noisier side of grunge, delivering fuzzed-out angst anthems that blend both sides of the Nirvana/Jesus Lizard split 7-inch. The band makes its way to Vancouver on Friday (May 3) to play the Biltmore Cabaret.

On the opposite end of the spectrum we have the dance-pop debut of Dungeonesse, whose self-titled album arrives May 16 through Secretly Canadian. The Baltimore-bred duo, made up of Jenn Wassner of indie-folk crew Wye Oak and producer Jon Ehrens, spend the bulk of the 10-song set bringing back the halcyon days of hyper-colour gear.

Built around wavy synths and an emphatically bouncy beat, opening cut "Shucks" recalls the Ring Pop sweetness of Mariah Carey's 1995 classic "Fantasy." Wassner might not have the crystal-shattering eight-octave depth of Mimi, but she still hits hard with a series of elastic vocal runs. There's a certain cheesiness to the mid-section's sentimentally half-rapped "I know it doesn't look like much, but it's love, and I know that it's good enough," but its stilted pacing fits well enough with the overall pastiche to actually make it endearing.

Likewise, the New Jack Swing-styled "Cadillac" has guest rapper DDm delivering luxury-fixated lines so softcore ("I feel so boss behind the wheel, gonna head and tell the salesman to make a deal") that he makes MC Skat Cat sound like a thug. While tracks like "Private Party" and tranquil ballad "Wake Me Up" have Ehrens' production skills flooding the senses with cocooning bass booms, synths and drum machine punches, he manages to cut loose from the retro confines on "This Could Be Home" by assaulting your ears with a conceptual outro of looped laughter and lumbering machine clanks. While not the most hummable part of the LP, it's one of its most exciting.

Even if you were glad to bury Dungeonesse's preferred pop genre long ago in a time capsule alongside your spandex unitards, 90210 fan-fic treatments and autographed Dana Carvey posters, just remember: the period pilfering could be worse. Need I remind you we're really just a few years away from 20-year-anniveraries of blunders like the rise of ska-punk and the "break stuff" mentality of nu-metal?