My first month moving back to Vancouver this fall, I went to a show featuring Ron Reyes, former front man of Black Flag. It was both amazing and tragically uncool. Onstage a group of sad, youthful goths played their instruments behind the haggard looking middle-aged singer, who was rocking out harder than his body could handle. The band played a rendition of The Beatles' "Helter Skelter" for a seated audience that had just watched an 11-year-old sing a cappella versions of Top 40 songs. Everyone stood up and applauded the band with enthusiasm, but the 11-year-old was just as well received. 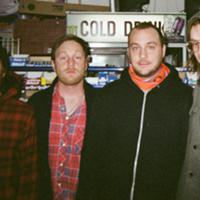 Ron Reyes, and for that matter Joey Shithead, have earned their right to play punk music on stage, even if it feels a little dated now. After all, while indie kids are still making edgy, loud and often good music, no one has had the same level of impact on punk in Vancouver as the early bands of the 1980s, who arguably invented hardcore.

It is difficult to make punk seem new, but south of the border Jay Reatard (born Jimmy Lee Lindsey Jr.) was giving it a shot. Aside from his obviously tasteless name, Reatard was well-known for being abrasive onstage and sometimes off, continually defying expectations even for his devoted audience, as he transitioned to making more pop-like music later in his career.

He'd recently been signed to Matador Records and found himself on the verge of more mainstream success when he died in his sleep in 2010, age 29. If you knew him, you knew his wild side. But a new documentary, Better Than Something: Jay Reatard -- screening tonight and tomorrow in Vancouver -- takes a quieter look at his childhood in Memphis, and his prolific career that spanned such a short time.

Matador Records wrote in their biography of Reatard that he released 90-something records -- a vague but likely accurate statement simply because it's so difficult to keep track of his many releases and side projects.

Reatard released his first cassette F-Elvis Here's the Reatards at 15. Graceland presented a natural enemy for new music in Tennessee. As Reatard says in the film, "If you live in Anaheim the last thing you want to do is go to Disneyland. You wouldn't listen to Mickey Mouse sing the blues."

Though later in life Reatard warmed to Elvis, his seemingly indiscriminate disdain eventually reached the current indie scene. He jokingly referred to the band The Pains of Being Pure at Heart as The Pains of Being Boring at Heart, which is accurate in a way that's hard to deny, even if you like the band.

Better Than Something: Jay Reatard portrays the difficulty of a musician trying to set himself apart as he becomes increasingly embraced by a mainstream audience. Reatard was able to upset both his own fans and alienate people that might be more responsive to his pop-driven melodies.

"I started playing acoustic live," said Reatard in the film. "It started as this aesthetic terrorism towards punk rockers."

In one scene he recalls how a fan spat vodka in his face because he didn't like that Reatard was playing an acoustic guitar. Reatard then breaks his guitar over the man's head. "An acoustic still hurts the same, don't it," he declares.

Despite the scenes in which Reatard relates these moments of aggression on stage, and there are many, what is more surprising is that he seems completely outside of the punk scene. In the movie's main interview he is candid and calm. He talks about his life onstage with total detachment -- the same way he talks about growing up poor or coping with substance abuse. He is articulate despite having not attended school beyond 15 and he speaks with a conspicuously unaccented voice despite his entire family's thick southern drawls. There is something haunting about how Jay Reatard comes across as separate from his surroundings in any context.

Hardcore by definition needs to be hard. That does not mean the music has to be noisier than thou; it means it has to be something that's not easy to come by. Jay Reatard expertly defied expectations. Better Than Something: Jay Reatard depicts a true musician who was punk in a place where few were, and who also was making pop music that upset his devoted, though sometimes insane, audience. He had even planned to put out a country album under the name Jimmy Lee Lindsey Jr. that would have likely pissed everyone off -- even country fans.

Jay Reatard tried hard to make it new, but as he said, "It takes 10 times longer to get rid of your reputation than it does to make it."

Better Than Something screens this weekend along with the 1996 Vancouver punk mockumentary Hard Core Logo at the Pacifique Cinematheque in Vancouver. Better than Something plays Friday, June 1 at 8:50 p.m. and Saturday, June 2 at 7 p.m.