Back in the late '90s, I had an argument with a friend about which crappy radio rock band was more redeemable: Limp Bizkit or blink-182. I argued that, between the two, Limp Bizkit's angst-ridden hard rock sound made it the less detestable. 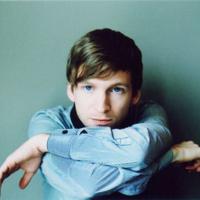 Music Is Not a Commodity

I was pitifully, miserably wrong. While the entire nu-metal scene's turgid mix of sophomoric rapping and sludgy riffs has aged like a fine piece of shit, hindsight has been much kinder to pop-punk. Really, what's so bad about hooky tunes with distorted powerchords and hilariously foul-mouthed lyrics?

Which brings us to Wars. This Vancouver outfit is fronted by Chris van der Laan, an insanely prolific songwriter who plays in a host of bands including Miss Black America, Chrissy & Ryry and Too High Crew. Back in June, Wars released Pacey from Mighty Ducks, and this ultra-catchy collection is responsible for giving me the pop-punk phase I never had the first time around.

Practically every one of these 12 songs is packed with jokes and puns, proving that not only is van der Laan a master of melodies, he's also one hell of a funny dude. Just consider "Single Dad," which begins with a drum fill blatantly stolen from Weezer's "Undone - The Sweater Song" before giving way to its zinger of an opening line: "I cleaned my glasses now I can't stand her face."

And then there's "Trojan Whores," a blistering shit-kicker that pummels listeners with 57 seconds of static-soaked guitar chords and includes a drawling voice that asks, "Who the fuck are y'all?" That's right, this is a punk song with an allusion to Drake's "Over."

But don't worry about the jokes getting in the way of the genuinely awesome songwriting. Climactic opener "Statue Isn't Right" is every bit as hummable as the pop-punk hits of old, while "East Van Cross" is sure to warm the heart of every Vancouverite (particularly those living on the cheap side of Main St.) with its references to Commercial Drive, Belgian Fries and, of course, that massive illuminated crucifix at the corner of Clark Drive and 6th Ave.

The whole thing only lasts a shade over 20 minutes, but this is more than enough to make me reconsider my entire outlook on '90s pop-punk. In fact, as I write this, I'm listening to the Greatest Hits of blink-182 and realizing just how wrong I was all those years ago. Limp Bizkit my ass.