Vancouver's Dennis Foon knows that nothing beats the glamour of being a successful screenwriter. Your movie premieres at Cannes, then plays the Toronto International Film Festival and generates rave reviews and Oscar buzz from the likes of Roger Ebert and the LA Times and the press release about the film goes out to the world and. . . spells your name wrong. 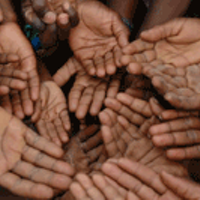 'The Biggest Story in the World'

Dennis Foon -- not Fong -- wrote the screenplay for Life, Above All -- a movie about Chanda, a 12-year-old girl coming of age as her mother dies of AIDS. The film was originally envisioned as a Canadian and South African co-production, but ended up without a Canadian producer and was named South Africa's official selection for the Academy Award for Best Foreign Film.

Foon's stories have been a vital part of the Canadian cultural landscape since he moved from Detroit to Vancouver to study theatre at the University of British Columbia. The American immigrant became a Canadian theatre sensation after he founded Vancouver's Greenthumb Theatre for Young Audiences and scripted New Canadian Kid, a play about the life of a new immigrant that helped usher in the concept of issue-based theatre in schools. It was -- and still is -- performed pretty much everywhere.

These days Foon's stories are everywhere.

His latest stage play, RICK, the Rick Hansen Story, which premiered at the 2010 Paralympics last spring, will be at the Citadel Shoctor stage this winter. A Canada/Australia/China tour is being planned for 2012.

His young adult sci-fi fantasy trilogy, The Longlight Legacy, has just come out as an audiobook from audible.com and was recently released in Russia by Eterna Press.

His previous film A Shine of Rainbows -- which he co-wrote -- starred Aidan Quinn and Connie Nielsen, premiered at TIFF and was the Opening Gala at VIFF. Rainbows won the Leo for best screenplay and will have a major DVD release by Fox on St. Patrick's Day.

Foon currently is writing Hunting a Killer for the Lifetime Network, he's co-written a new feature with Mina Shum, The Lotus, and he's adapting Michael Tregebov's Commonwealth Prize nominated novel, The Briss, as a feature.

Beyond that, Foon says, "I'm washing the dishes, cooking dinner, and taking out the recycling." With all those assignments in the air it's hard to believe some of that recycling isn't piling up next to the dirty dishes.

I met Foon at the Artists Lounge at TIFF to talk film and fame, and here's what he had to say on . . .

How a Vancouver guy ended up writing a South African feature:

"The genesis of this thing is that [writer] Allan Stratton is an old friend and we reconnected at an author's dinner at Annick Press because we both had books out. My book The Dirt Eaters and his book, Chanda's Secrets [which Life, Above All is based on] were both launched in the same year. We were the big titles that year.

"We started commiserating on YA [Young Adult] fiction. . . Sometime later I went to see the movie Paris Je t'Aime which was a series of shorts about Paris. And one of them knocked me out. And it was this African story and I loved it and I looked up the director/writer on that and it was Oliver Schmitz. Some guy from South Africa and Germany, and I sort of went, 'oh great, whatever. . . '

"Two months later Alan asked me if I'd be interested in adapting his novel into a screenplay and that there was a producer in Germany and a producer in Vancouver that had partnered on it, but there was a director attached and did I feel okay with that? His name was Oliver Schmitz. And I went, 'Are you effing kidding me?'"

The genius of Oliver Schmitz:

"Oliver is considered to be the godfather of new South African film. His first two films were ground breaking. . . both shown in Cannes and here in Toronto. And after he fought valiantly against apartheid, when it fell he couldn't get work anymore because he's white, so he went to Germany to work. He's just now being invited back to become the professor of film -- like to run the directing program at one of their big universities. So that's why he moved to Germany and directed comedy for ten years. He didn't make a feature. He's the top comedy director in Germany. And he's got two or three hit shows. He's won the best director two or three years in a row, that kind of thing."

On coming into South Africa:

"It was kind of pre-, pre-production for a new phase of drafts and when we went there it was mind blowing. The trip was staggering in terms of the places they took me. I was picked up by a guy with a prosthetic arm who had lost it saving a family when he got rid of a grenade. He was a freedom fighter. And he took me virtually right off the plane into Soweto, into Kliptown, which is the biggest slum of Soweto. I had my bones thrown by a native healer who told me how to placate my ancestors. I haven't done it yet.

"And then they took me to the cemetery, which is miles and miles of graves. The majority are AIDS deaths, and the childrens' graveyard, which is again huge and all you get is a little clay marker to mark the graves. What people do if they're too poor to erect some kind of gravestone is they bring the child's belongings. So you get a sea of bassinettes and baby cribs and baby toys. And it goes on, a city block or more.

"And then we went to where we ended up shooting it, where there's this AIDS foundation and where they really wanted us to do the movie. We were not far from the Mozambique border. And it's there that I met AIDS orphans who were running houses.

"When we were there we decided to use mainly non-professional actors from the village (including the 12-year-old lead) to give it a real sense of authenticity."

On making a splash at Cannes and with Roger Ebert:

I talked to Michael Barker (the head of Sony Classics distribution) at the Sony party and he told me that we were completely off his radar -- he didn't know about the film at all. He went to Cannes and it was not on his schedule at all. But he did have one thing scheduled -- a dinner that had been arranged two weeks before with Richard Corliss from Time magazine, and his wife, and Roger Ebert.

Roger and the Corlisses all saw the film when we got that amazing standing ovation. And they went to dinner straight afterwards with Michael, and they told him all about it, and he went "I've got to see this thing."

For more on Dennis Foon visit his website at www.dennisfoon.com.