Last December, at the age of 73, David Suzuki gave a lecture at the Chan Centre in Vancouver based on the premise -- 'If I had one last lecture to give, what would I say?' 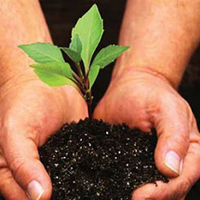 Icelandic born, B.C.-raised filmmaker Sturla Gunnarson, who has earned acclaim through fact and fiction (Beowulf and Grendel; Gerry and Louise; Rare Birds, Such a Long Journey) used that lecture as the launching point for his new movie Force of Nature -- an intimate biography blended with a passionate call to action that just played VIFF 2010 and opens Oct. 15 at Vancouver's Fifth Avenue Cinemas.

The film premiered at the 2010 Toronto International Film Festival, where Suzuki proved he was a bigger deal than every other star in attendance, hosting a $1,500 a seat party to raise money for an environmental group with a name that must be easy for him to remember -- The David Suzuki Foundation.

The geneticist turned TV host has been Canada's face of environmentalism for so long he's as iconic as the beaver and the polar bear. He's been sounding the alarm bells about global warming since the days when people only wore sunscreen to enhance their tans. His TV series The Nature of Things started on CBC in the '70s and is seen in 40 countries.

So by various measures, David Suzuki is one pretty great Canadian. In fact, in 2004 CBC TV ran a series called The Greatest Canadian in which viewers voted for, well, the greatest Canadian. The winner was Medicare founder Tommy Douglas. The only living contender in the top five was Dr. David Suzuki. The other three Canadians who beat him were Terry Fox, Pierre Trudeau and the codiscoverer of insulin. Dr. Frederick Banting.

While I was covering TIFF for The Tyee, I made contact with Force of Nature director Gunnarson who was fighting a bug, but agreed to answer 10 questions online.

What's your history with David Suzuki?

"When I was an undergrad at UBC, Suzuki was a professor who had kind of a rock star star status on campus. He was charismatic, loved by his grad students and very much at the forefront of the cultural revolution that was sweeping campus. Though I was studying the English romantics and getting high on Blake, and Suzuki was a genetics prof, the way he talked about science was every bit as trippy as the poets I was reading.

"At the time, a lot of his ideas about the environment and the interconnectedness of life were considered pretty radical and resonated strongly with me.

"Thirty years later, his ideas have been broadly embraced and form a kind of orthodoxy of the environmental movement. When I had the opportunity to finally meet him, I jumped at the chance. I wasn't sure if there was a movie to be made or if I had anything to add to the Suzuki legend, but was happy to meet him after 30 years of knowing him from afar. We connected almost immediately, in part, I think, because we're both B.C. boys and both had our first experience of wonder and awe on the B.C. landscape. And we're both hard-core fishermen.

"We talked initially about metaphysical ideas -- the birth of the universe to the present moment of environmental crisis, evolution, consciousness, etc. But as our discussions unfolded, I became more fascinated with the man himself and this particular moment in his life -- his sense of urgency about getting his message out combined with his real intimations of mortality and taking stock of his life. The film basically grew out of that"

It has been a long time since your last documentary. What drew you back to the doc world to tell David Suzuki's story?

"It hasn't really been that long. I made Air India 182 in 2008. Before that was Gerrie & Louise in 1997. Though I've done a lot of dramatic work, I never really felt as though I left the documentary world. My films are all narrative, and aesthetically, I've always tried to make the documentaries feel dramatic and the dramatic films feel real. Since 9-11 and the bizarre unraveling of values and consciousness I took for granted as the cornerstone of our social contract in the western world, I've been finding it more difficult to engage with fiction as it mostly seems to pale in comparison with the reality we're living, which has played some part in making the docu world seem more compelling to me.

The film has some powerful moment when you're on the road, like visiting the internment camp where he was raised and the last place he hiked with his father. What was it like travelling with Suzuki to the places that created and defined him?

"Travelling with David was a great experience. The theory was that if we returned to places of deep personal meaning to him it would elicit a process of discovery and recovery and allow him to tell his story in a way that transcended the expositional dimension and have more of a dramatic/emotional characteristic.

"As it turned out, I think a lot of what's in the film involves David discovering connections and recovering memories from his own narrative that he wasn't fully aware of. It was kind of like the sense memory work we do with actors when constructing a character, but in this case it was more about discovering something that had been there all along.

"When we hiked up to Beatrice Lake, for example, it was a very challenging experience -- three days of hiking up a mountain with hundreds of pounds of film gear, tents, food provisions, etc. At the outset, one of our coordinators offered up a lake that was just as beautiful as Beatrice which we could have virtually driven to.

"What difference does it make, they asked, one tree looks pretty much like another -- which is true. But somehow, it was the making of the real journey and the real pilgrimage to the place he had fished with his father as a child that earned us the deeply personal interviews that characterize the film."

What surprised you about his story? I spoke to a few viewers who were surprised by his anger towards white people during his early years.

"What surprised me the most was the sense of vulnerability that David revealed to me over our journeys. It surprised me that somebody with such an incredible body of achievement, who's looked up to by so many people still feels the need to prove himself in Canadians' eyes. The deep impact that being interned, and seeing his parents shamed and disenfranchised had on him. It made me reflect on how powerful our childhood experiences are in shaping our characters."

Why the decision to focus more on Suzuki's biography than his philosophy?

"I tried to focus on both. There's an old saying, though -- if you want to make a film about ideas, find a character who cares passionately about the ideas. For me, film is an dramatic/emotional medium. I'm not drawn to cerebral films -- I like character and narrative, which is probably why I approached it this way."

Did you ever consider making something more like David Suzuki's Last Waltz -- which was pretty much how the speech you shot was billed?

"Well, I do think of it as a kind of Last Waltz. That film was pretty much my inspiration for this one. It's not a direct  analogue -- the personal narrative in Last Waltz is definitely subordinate to the performance aspect, whereas the personal narrative emerged as the driving force in FON. Every film takes on a life of its own and you have to embrace that and allow it to reveal itself. Still, it's a similar structure with similar intentions."

When this comes out on DVD will we see the whole speech?

"Yes, the entire lecture will be a bonus feature on the DVD."

Which environmental issues are you passionate about?

"Well, as a fisherman, I'm deeply distressed by the destruction of our oceans and watersheds. I grew up catching and eating fish from the wilds and I brought my children up the same way. I'm deeply concerned that that experience will not be available to my grandchildren -- that they'll never know the experience of being in a pristine ocean or watershed, of directly experiencing the cycle of life and intuiting the mystery and awe of a natural world and knowing, if only fleetingly, how insignificant we are in the scheme of things."

What are you hoping viewers will take away from the film? Any responses you're please with/surprised by so far?

"I'm hoping people will come away from the film feeling a sense of hope and possibility in the face of the enormous challenges we face. The relentless grind of bad news can be so discouraging and lead us to feeling impotent in the face of powerful forces that we feel we have no power to influence. I think Suzuki's core message is that, in spite of everything, the natural world has miraculous regenerative powers and that small actions can make a big difference.

When CBC produced their TV series The Greatest Canadian in 2004, David Suzuki ranked number five -- the only four people above him were all dead. Do you feel David Suzuki is the greatest living Canadian?

"I'm not big on lists or singing and skating contests. I believe David Suzuki is an environmental visionary who's led a remarkable life and maintained a consistent moral rudder. He appeals to the better angels of our nature and reconnects us with values we once held dear."