But Smith’s announcement she’ll run for the leadership of Alberta’s United Conservative Party means her electoral story is not complete. Should she pull off an improbable victory, you will have to tip your Stetson to a candidate who has overcome formidable challenges, albeit mostly of her own making. And if Smith's leadership bid faces serried ranks of enemies, at least they have been well-earned.

Smith held a Zoom press conference to announce her bid on Thursday, less than a day after Jason Kenney announced his intention to step aside (eventually) as UCP leader and premier. Among other points she proposed an amnesty for any pastors and business owners who defied COVID regulations. She managed to neatly tie together two currently popular right-wing obsessions: vaccination and identity politics.

“We need to stop dividing people along identity lines,” she said, “vaxed, unvaxed, or any of the various identity politics we've seen play out over the past couple of years.”

“It is time to take our province back,” proclaims the Smith campaign website. Since the party she is running to lead has been in power for three years it is a fair question to ask exactly who Alberta will be repossessed from.

But political analysts have pointed out that opposition to Kenney's leadership came primarily from the right and Smith's statements to reporters seemed intended to paint Kenney as some kind of politically-correct tyrant.

“What I can't handle is the cancel culture,” Smith said. “What I've observed over the last two years unfortunately is that there's only been one official version and one official view you can have on a whole range of issues.”

Smith also extended a hand to former UCP caucus members Drew Barnes and Todd Loewen, both exiled for criticizing Kenney over COVID regulations among other issues. Barnes is also on record as conditionally favouring Alberta separation.

Smith's challenge will be to make UCP members focus on her current policy positions rather than her political past. “I'm sure none of you are the same person you were in 2015,” she told reporters, “and I'm not either.”

More specifically that would be May 5, 2015, when the most unlikely Cinco de Mayo defeat since Mexico beat the French toppled Jim Prentice and the Conservatives and made the NDP's Rachel Notley premier of Alberta. That provincial election was preceded by a chaotic spectacle of a kind rarely before seen in Canadian politics. And it was all set in motion by Danielle Smith.

Smith was born in Calgary on April 1, 1971, of Ukrainian heritage (her great-grandfather's name was originally Kolodnicki). She got degrees in English and economics from the University of Calgary where she was president of the Progressive Conservative Club and an avid reader of Ayn Rand. Soon after graduation she joined the Fraser Institute. A media career followed, writing for the Calgary Herald and hosting Global Sunday on Global TV.

Claiming disillusionment with then-premier Ed Stelmach's Tories, Smith quit that party in 2009 and joined the fledgling Wildrose Alliance. In October she won the Wildrose leadership. Three PC MLAs crossed the floor to join the Wildrose party before the April 23, 2012, election. Polls suggested Smith was the clear favourite to defeat then-premier Alison Redford, who had taken over the PC leadership.

It didn't happen. Wildrose support faded and they took 17 seats, becoming the official Opposition. Pundits blamed extremist candidates, one of whom had said gays would burn in “a lake of fire” and subsequently been defended by Smith.

Still, Wildrose prospects looked promising again after Redford was forced to resign in the spring of 2014, facing a caucus revolt over her trips in private planes and other expenses. Wildrose led in the polls 46 per cent to the Progressive Conservatives’ 19 percent. Then in September 2014 Redford was replaced by federal Conservative stalwart Jim Prentice. The government's fortunes revived — under Prentice, the PCs won four byelections.

Meanwhile Smith attempted to rehabilitate the Wildrose party's reputation. She had drafted an anti-discrimination statement for the official platform. “We needed a definitive statement to protect the equality of all Albertans, including our friends in the LGBTQ community,” Smith said at the time. “So we drafted and we passed one.”

But at the Nov. 14 party meeting the party voted against adopting the statement — Smith says she was “out of the room” when the vote happened. Wildrose, it seemed, cherished their social wingnuts.

Whether in response to that setback or not, Smith's next move was a bombshell. And it would explode inside her own caucus.

On Dec. 17, 2014, Smith and Prentice jointly announced that nine Wildrose MLAs, including Smith herself, would join the government. Never before in Canadian political history had a leader of the official Opposition crossed the floor.

The result was a bloodbath. The rump of the Wildrose party bid defiance to the traitors and vowed to carry on. Smith's defection seemed particularly hard to swallow since two other Wildrose MLAs had just crossed the floor, and in response Smith had told the party: “There will be no more floor crossings.” At that point secret negotiations for her big jump were already well underway.

Weeks after making her move Smith expressed surprise at the level of animosity it generated. “It has not gone as expected,” she confessed in a statement. “It has angered a lot of people.... For that I am truly sorry.”

She would soon be sorrier still. Smith's subsequent experience sums up the 2015 disaster for Alberta's political right. She failed to win the Conservative nomination for her own seat, and then the Conservative candidate who defeated her lost in turn to Smith's former Wildrose party in the provincial vote. Ultimately not a single floor-crosser would be re-elected. And the NDP came up the middle for a provincial win that would have seemed unthinkable to any conservative Albertan only months before. Thanks, Danielle.

Alberta's United Conservative Party was created by a July 2017 union of the provincial Conservative and Wildrose parties, this one more successful than Smith's and Prentice's failed shotgun attempt. So the combined party has plenty of Wildrose representation.

And Ted Lasso notwithstanding, people remember Smith’s betrayal. A December Leger poll had Smith running behind leadership rival Brian Jean and even the unpopular Kenney.

“It's very clear Jim [Prentice] and I made a big error in how we tried to bring the conservative movement together,” Smith admitted to reporters last Thursday. Still, she dismissed talk of the 2014 floor-crossing as “a bit of an academic discussion.”

If so the UCP may well become an academic hotbed this summer. A test of lingering bitterness will almost certainly come with Smith's attempt to secure a UCP nomination — she says she intends to run in the Livingstone-Macleod riding. Since that riding is already represented by UCP MLA Roger Reid, it has the potential to be seen as another opportunistic and treacherous move by Smith.

On the plus side Smith is a savvy media communicator. She spent much of her post-legislature career as a radio host and she has maintained solidly libertarian positions on the favourite hot-button issues of the day, such as COVID regulation, the appeal of crypto and, of course, the evils of “cancel culture.” 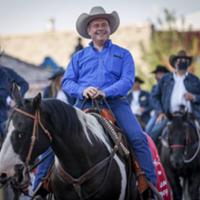 Is Jason Kenney Really Riding Off into the Sunset?

“Unfortunately over the last few years far too many topics have become unchallengeable and the mob of political correctness thinks nothing of destroying a person’s career and reputation over some perceived slight, real or imagined,” she wrote in announcing her departure from her Corus radio show last year.

She briefly had an account on fringe social media platform Parler, and even advocated hydroxychloroquine as a miracle COVID cure in 2020, before deleting the tweet.

“I'm a mainstream conservative,” Smith says now. It's anyone's guess whether that means she or the mainstream has moved.

The larger question for Smith though is whether the UCP grassroots have moved on from the events of 2015. Broken trust can be difficult to repair, and this year party members may well be saying, “Fool me once, Danielle Smith…”