Short days ago, Jason Kenney boasted to a right-wing podcaster in Washington, D.C., that he’d never lost an election.

That changed Wednesday with the result of a vote that, ironically, Alberta’s premier technically won by a hair.

But while Kenney had said in advance of the United Conservative Party’s leadership review vote that 50-per-cent-plus-one would be good enough to declare victory and keep his job, it obviously wasn’t in the light of an actual 51.4-per-cent vote in which half the party’s eligible members didn’t bother to mail in a ballot.

That obviously didn’t bode well for the party’s performance in a general election, if it could even hold together as a united entity with the divisive Kenney still at the helm.

So Kenney, the former federal cabinet minister and lieutenant to former Conservative prime minister Stephen Harper who reunited the political right in Alberta in the fall of 2017 and led it to a crushing victory over the NDP in the spring of 2019, said soon after the vote result was announced yesterday that he would resign the party leadership.

“The result is not what I hoped for or frankly what I expected,” he said in Calgary to shouts of “no” from supporters. “While 51 per cent of the vote passes the constitutional threshold of a majority, it clearly is not adequate support to continue on as leader.”

“That is why tonight I have informed the president of the party of my intention to step down as the leader of the United Conservative Party,” he said.

But if you thought that meant there was nothing to do but hand the man his hat as he went out the door, late last night Don Braid of the Calgary Herald reported that Kenney plans to stay on as interim leader until his replacement is chosen.

And remember, nothing in the party’s rules technically prevents Kenney from running again to try to get his old job back.

Or perhaps he was worried about the fate of some of his unpopular ideological hobbyhorses that an interim leader might be tempted to chuck over the side to improve the UCP’s chances in the next election.

If Kenney sticks around now that he’s worn out his welcome, though, it may be a boon to the NDP opposition, for whom the premier is a powerful argument for moderate Conservatives to hold their noses and vote to bring back Rachel Notley, and for the UCP’s radical right to sit at home on general election day or throw their vote away on fringe far-right parties, of which Alberta has plenty.

Well, that will be something for the UCP caucus to talk about this morning when it gets together in Calgary.

As for potential candidates to replace Kenney, there is no shortage. Brian Jean, the former Wildrose Party leader defeated by Kenney in 2017 for the UCP leadership and, since the Ides of March, the UCP MLA for Fort McMurray-Lac La Biche, has vowed to run to replace him.

Danielle Smith, another former Wildrose leader and former journalist who lately has disappeared down a rabbit hole of COVID-19 theories scheduled a news conference for today and will likely announce her intention to run too. 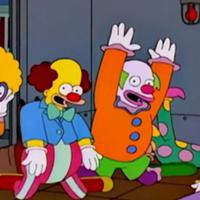 Send in the Clowns: The Deepening Divides in Kenney’s UCP

You want more? Well, there’s always Rona Ambrose, former MP and interim federal Conservative leader, a perennial favourite among oddsmakers, although why she’d want the job is a question worth asking.

Even Jim Dinning is still touted from time to time. The former Progressive Conservative finance minister will be a youthful 70 in time for Christmas.

Meanwhile, in the other battle of Alberta, the Calgary Flames beat the Edmonton Oilers in Game 1 of their NHL division playoff series last night.