Omicron is spreading rapidly, and hospitalization rates have ominously begun to climb. As a result, deathly sick patients have begun to monopolize hospital beds in the U.K. and New York. That means big trouble ahead for Canadian health-care systems already wearied by the pandemic.

But many Canadian public health officials along with dangerously incompetent premiers such as Alberta’s Jason Kenney and Saskatchewan’s Scott Moe have once again ignored the obvious. There is always a three-week lag between the beginning of the wave and its impact on hospitals and ICU units.

The math is simple. The more people the virus is allowed to infect, the larger the percentage of the population will end up in hospital.*

So as the chaos multiplies and our leaders retreat into insignificance, here’s a brief guide to what ordinary citizens and communities can do to avoid getting sick, infecting others, or becoming another patient in an overcrowded hospital staffed by doctors and nurses exhausted by failed policies that pretended “we can live with the virus.”

1. Wear a mask but not just any mask in public spaces.

N95 masks offer the best protection against a variant as transmissible as Omicron. This variant leaves a virtual cloud of infection in its wake. If the air particles from the original strain of COVID behaved like an occasional weekend smoker, think of Omicron as an inveterate chimney smoker.

A good fitting N95 mask reduces infection rates a thousand times when worn by the infected or uninfected.

If you don’t have an N95 mask, layer a cloth mask over a medical mask for a closer fit. And failing that doubling up on cloth masks is better than nothing. In any case, try and keep your distance from people in public spaces.

And one more thing: if your province isn’t providing N95 masks to its most vulnerable citizens, including teachers and health-care workers, then you have a duty as a citizen to demand that they do.

2. Focus on reducing or stopping transmission in your community.

The pandemic expert Yaneer Bar-Yam advises that people not think about the virus as it appears today, but what it might become with unfettered transmission. Which is a harrowing prospect indeed.

There is only one way to stop more variants from emerging with properties even more extreme than Omicron, and that is to actively and persistently reduce the amount of virus in your community.

A virus that encounters resistance at every corner cannot evolve into something more menacing. That means masks, endless testing, isolation, quarantines, vaccines and clear data. Most Canadian governments and premiers such as Kenney pretend they don’t have to do that anymore. Or that governments can simply abandon the field altogether. But the evidence shows that governments can’t appease a virus that grows exponentially with wishful thinking, delayed action and calculated indifference.

A vaccine-only policy will fail and fail again. Until communities force their governments to pursue a robust “vaccine-plus” regime that includes high-quality masks, rigorous testing and concrete action on better ventilation in schools and public buildings, expect more mayhem and more variants.

Bar-Yam provides another reason for stopping transmission if you happen to need one. “The genetic combinations of Omicron and Delta that form when someone is infected by both can be expected to result in new variants with a wide range of properties.”

3. Keep your children out of schools this January unless strict precautions are in place.

Would you send your children to the beach if a tsunami was approaching? If I still had school-aged children, I’d only consider sending them to their classrooms if three conditions were met. Improved air ventilation along with installed CO2 monitors. The provision of N95 masks for teachers and students alike. And accurate, transparent reporting on viral transmission in the schools with clear thresholds.

Despite wrong-headed denials by many Canadian public health officials (see Alberta and B.C., for example), schools continue to be a major driver of this pandemic.

The fact that Omicron spreads so fast among children (as well as the larger population) is upping the number of hospitalizations of youngsters. Children with health conditions, or those that are unvaccinated, are particularly vulnerable. And this variant hits some kids harder than adults with upper respiratory illnesses.**

Last month, the American Academy of Pediatrics reported that COVID cases among children are “extremely high and increasing.” In the U.S. alone, weekly cases are increasing by 50 per cent a week. Canada is not far behind.

4. If you are sick, quarantine yourself for a full 10 days. Do not follow the new CDC isolation rule.

The U.S. Centers for Disease Control and Prevention changed its policy, cutting the recommended time people with COVID symptoms should quarantine from 10 days to five. Airline lobbyists asked for the change and got what they wanted. Shortening isolation and quarantine periods with a variant as infectious Omicron will only accelerate the pandemic, and the emergence of more variants.

In his latest book The Premonition, the incisive U.S. writer Michael Lewis documented how the CDC failed to do the right thing since the beginning of the pandemic. With this latest recommendation it should now be regarded as a failed bureaucracy.

Taiwan, which has done a much better job than much of Canada controlling COVID, rejected the CDC recommendation. Why? Because Omicron cases can be infectious for up to 12 days. Canadian public health officials who have adopted the CDC rule are leading us down a dangerous, ill-conceived path.

5. Advocate for and use rapid tests.

Antigen rapid test kits are important community tools that have not been deployed well during this pandemic. They should have been provided to schools and essential workplaces a long time ago with the specific public health goal of keeping transmission to a minimum.

6. Don’t lower your guard just because many public health officials have characterized symptoms of Omicron as ‘mild.’

We started this pandemic with the similar illusions. COVID is not a mild disease. The evidence is far from in about the effects Omicron can have on people. What might appear to be mild symptoms for one citizen could well become a hospital visit, intubation or death for someone else.

7. Prepare for systems to break down and the vulnerable to bear the brunt.

As the pandemic evolves and intensifies, system failure is becoming more noticeable in governments and the marketplace. Brace your family and community for more fifth-wave fallout.

Remember that the most vulnerable are not making policy. When authorities drop the ball on controlling the spread of COVID, the virus spreads exponentially, killing the poor and immunocompromised far out of proportion to the overall population. 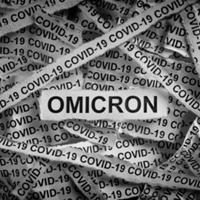 Omicron’s Here. We Invited It In

Canada’s political classes, which are largely rich and shielded from the pandemic, are likely to become more callous as the pandemic evolves. In the 19th century, Friedrich Engels, an industrialist as well as famously a radical socialist, coined the phrase “social murder” to describe the behaviour of wealthy elites that tolerated or ignored appalling social and working conditions that killed the poor and their children.

The cruel truth we are now facing has been voiced by the editors of the British Medical Journal. The most important lessons from this pandemic, they wrote, “are less about the coronavirus itself but what it has revealed about the political systems that have responded to it.”